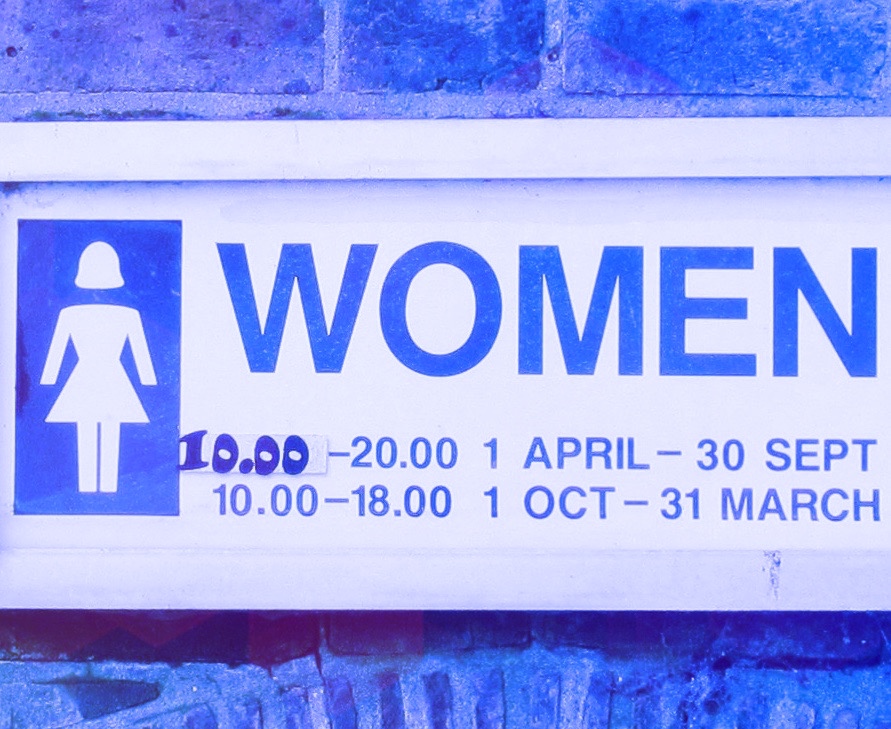 Summer is at its peak and we’re spending more time in service stations, parks and airports. We eat and drink on the go, and this means paying the unavoidable visits to the public conveniences.

Now, I am glad that such facilities exist and grateful to the people whose job it is to maintain them. But I am also aware that not all visitors pay them the respect they deserve. Who hasn’t opened a cubicle door to be met with evidence of the careless behaviour of the previous visitor? (I have a friend who after a particularly nasty experience declared that in future, a nappy would be her only option). But what about those of us who are not prepared to go to such extremes? Are there any tricks?

Based on chats with friends, I have compiled a list of – sadly – quite familiar advice:

This is all useful enough, but wouldn’t it be great if we could predict which cubicle was likely to be in the best condition? As many of us have learnt, the absence of obvious turnoffs such as visible liquid, loo roll on floor, or shifty body language of most recent visitant, are no guarantee that a nasty surprise isn’t waiting behind the door. What if we could work out which cubicle people are least likely to choose and therefore – all else being equal – is likely to be the cleanest? (I know I’m on thin ground here. It only takes one bad apple to destroy the experience for subsequent visitors, but there’s a sense that frequency of usage is a factor and that those who find an uninviting lavatory are likely to treat it in ways that increase its unattractiveness, thereby setting in motion an exponential development).

Two summers ago, I decided to investigate.

The chosen venue in Kensington Gardens has three cubicles. During the test period of fifteen minutes, eight women visited the facilities. Of these, three picked the second cubicle, whereas five went for the third cubicle – one had only two options, as the middle cubicle was occupied when she entered.

A few weeks later, I ventured back to the same facility, this time spending only eight minutes observing (a mother with a pram started to give me odd looks, cutting the test period short). Nevertheless, I recorded seven visitors, three of whom chose the second cubicle and four of whom chose the third cubicle. Two visited as a pair, hence reducing the available options. But once again, nobody chose Cubicle 1.

The stares of the mother with the pram put me off the project for a while, but I recently set off again, this time observing a four-cubicle loo in a medium-priced café. I had brought a make-up bag and went in with a clean face so as not to cause any suspicion. When I arrived, Cubicle 3 was occupied. From a researcher’s perspective, this was unfortunate. On the surface it demonstrated that the occupier had chosen Cubicle 3, but as I hadn’t been there when she went in, I had no way of knowing what options had been available at time of entry.

I considered asking her, but this would mean straying into qualitative research territory, hence call for new thinking with regards to the already compromised (if not outright dodgy) methodology. It would also be weird. Nonetheless, this is what I observed after the first woman left:

On the basis of the above and with ‘Cubicle 1’ defined as the cubicle nearest the entrance, I have formed the following hypothesis:

H1: When given two or more cubicle options, female loo-goers are least likely to select Cubicle 1.

Conclusion: Whilst there is some evidence that Cubicle 1 is the least favoured in a row of loo cubicles, the research does not tell us anything about the state of the cubicles.

Bonus info: As a round-off, I bring you this snap of one of the loos at Heathrow Airport’s departure hall (Terminal 2). It was taken by my cousin in 2016. In her accompanying message, she reported that during the time she spent in the facilities, not one person entered or exited Cubicle One. (As the facilities offer two opposite rows, defining Cubicle 1 is associated with a degree of uncertainty, but my cousin is scientifically minded and reported that there was no activity in either of the two cubicles that could reasonably be considered Cubicle 1. (Those nearest the entrance). 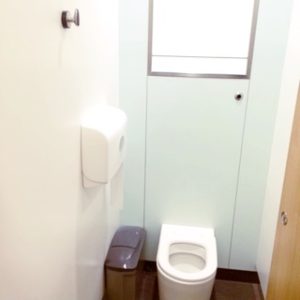 It is worth noting that whilst my cousin’s photograph is two years old, recent visits confirm that Heathrow still has some of the best maintained and conveniently designed facilities in London. A highlight is the ‘maze’-inspired entry/exit system, which eliminates the need for human contact with door handles. Note also the hook on the left, which is perfect for handbags. (There’s a hook on the door for coats).