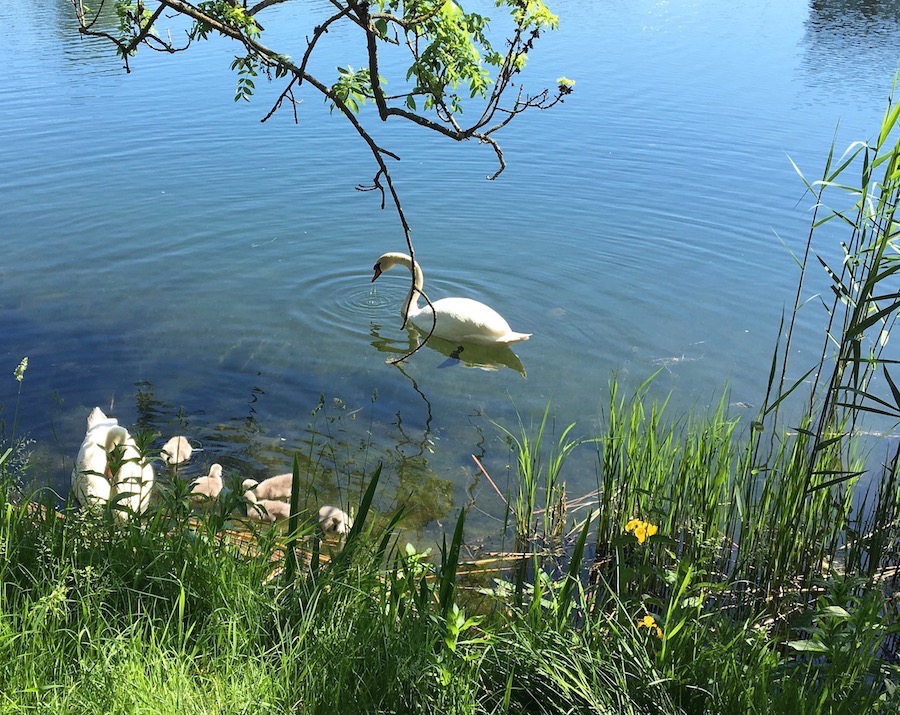 Emma had been planning the kidnap for some time. She looked at the four white walls of her office, the window facing another internal office, the bare relentless nature of it. How could anyone work 18 hours a day in such an environment?

‘We could give you a fish tank,’ the COS had said.

‘No thanks,’ said Emma. ‘I just want to know if the sun is shining, or the rain is ruining my washing. I want to see the trees blowing in the wind.’

‘Fish tanks are good,’ the COS said.

Emma raised an eyebrow and he shrank from view, muttering.

‘I have to liven this place up, even if I do something illegal,’ she thought. Then Operation Cygnet occurred to her. It made her giggle, the first laugh for at least a week.

When the famous architects had designed the brand-new Parliament House, they had given the ministers capacious offices with windows and wooden bookshelves and gleaming desks. They even had their own bathrooms. There was a steel flagpole 81 metres high on the top of the building with Australia’s largest national flag flying from it. Emma knew for a fact that when the owner of a winery in Western Australia flew an exceptionally large flag from his personal flag pole, boasting it was the biggest in the country, someone important authorised the Parliament House flag to be made even larger.

‘Mine is bigger than yours,’ muttered Emma. ‘No expense spared.’

Flags were more important than workers. The staffers who slaved away in the back office for almost every waking hour did not seem to be considered at all. Emma was at breaking point. She had been there all day, not even having had time to walk almost a kilometre through the building to the far wing where the staff canteen was situated. She survived on apples and potato crisps, and endless coffee. Question time had been ugly that day, the Opposition seeking a weak point, finding it, exploiting it. Her boss, the Minister, had stared them down, but he was unimpressed. Especially with her for not predicting the question. Now it was 11 o’clock at night, the phone had only just stopped ringing, the texts and twitter alerts had calmed down and she had one more briefing on the computer to review and tidy before the Min read the lot the next morning. She scanned her corrections, pressed ‘save’ and ‘print’, clipped the sheets of paper together, walked through to his large office, and laid them neatly in the centre of the gleaming expanse of wood that was his desk. Then she turned off the light and closed his door.

Now it was Swan Lake time. It was time to execute Operation Cygnet.

The larger-than-life size wooden swan stood on a plinth on the second floor. It was an artwork, part of the large and eclectic collection owned by Parliament House. Emma thought it was wasted at the edge of the Mural Hall, which was only occupied in the daytime by launches and events. According to the publicity material, the Mural Hall was a matchless event space adorned with large ceramic murals depicting a river’s journey from mountain to sea. The swan looked as though it had missed a chance to swim down the river. Made of rough planks of wood, carved but not smoothed, it had a ruffled exasperated look, which was just how Emma felt most days. She wanted it to keep her company, to make her smile. She doubted anyone would notice its absence.  After all, it had taken them six months to discover that she had a highly valuable Charles Blackman painting of Alice in Wonderland, complete with the White Rabbit, on her wall. Part of a series of some of Australia’s most important contemporary paintings, apparently.

‘These paintings are for Minister’s walls, not staff walls,’ the curator had told her.

It was quickly taken away. And so, back to glaring white.

Humming Tchaikovsky’s swan theme, she wheeled the metal stationery trolley along the pale blue carpet of the Ministerial Wing towards the lift. The other offices were shut up for the night, locked and silent, except for the PM’s office, one floor down. Some staffers stayed up all hours, but they couldn’t hear or see her. The Mural hall was one floor up. She rode up in the lift and exited, looking around nervously. There was no-one visible except a few security guards. Waiting until they had patrolled her bit of the hall, she moved swiftly towards the wooden swan and loaded the creature, whom she had named Odette, onto the trolley, tying it on with elasticated bicycle straps. Odette wasn’t heavy so much as awkward.

Emma strolled nonchalantly towards the lift, if you can push a trolley with nonchalance, Odette wobbling slightly. Emma’s heart stopped. There was a figure in the distance. She pressed the lift button and prayed, breathing quickly. The doors opened, swan in, doors closed. They started to descend. No-one in the corridor. She pushed the sculpture towards the Ministerial office and opened the heavy glass and brass doors with some difficulty. She swiftly pulled in the swan.

Odette, her black beady eyes staring straight ahead, sat on the floor opposite Emma’s desk looking bemused. Even more so after Emma had executed a perfect pirouette. Grabbing the Bruichladdich from the drawer, she toasted the bird with the smoked and peaty flavour of the whisky. She hummed the Danses des Cygnes. She stood on her toes with her arms above her head. She sang, she screamed with delight, she leapt in a balletic jump, almost falling over her office chair, which swung round and round. Yes! It was nearly midnight. Now she could face the next day. It might only be 12 hours before Odette was claimed back by an irate art curator or a phalanx of security guards, but they could blame Emma’s deranged behaviour on overwork. And maybe give her an office with a window. 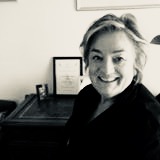 Marilyn Chalkley is a writer of crime fiction and award winning short stories, and an arts publicist. Her best job was working in ABC Radio, her most important working for the Australian Deputy Prime Minister, and her hardest running a patisserie with her son and making macarons for 12 hours a day. Her blog, Slow Food, Fast Fiction can be found at marilynchalkley.com