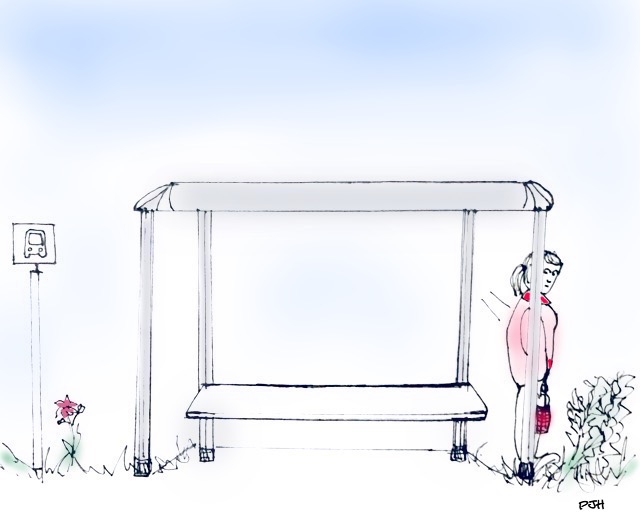 Boggs stumbled, unwanted, into our Sisters’ Solidarity meeting hosted by his wife, Amy. When his eyes fell on me, a nineteen-year-old in a coterie of thirty-nine-ish women, I watched Amy’s face turn tired, like tired from lugging extra baggage around.

I had obediently followed my sister, Sandy, to the meeting where a guest speaker gave tips on how to break the glass ceiling. We were five women with brush cuts, shoulder-padded, high-collared white blouses and ballooning polyester pants, and one teenager, still in possession of her center-parted drape of folk singer hair, t-shirt, and jeans. The speaker said the first rule was that a woman should never be without a suit jacket because really important organizational meetings always start with putting on or removing jackets.

‘If you have no jacket,’ she warned, ‘you’ll get nowhere.’

At Woolworths, which was something like a Dollar Store, we never had meetings. Our manager, a fifty-year-old man from Cleveland named Mr. Jacky, favored plaid shirts; the rest of us wore turquoise smocks with plastic nametags.

The second rule was that, in order to grasp opportunity, triangulation might be required.

‘What if there’s a project coming together and you need to be a part of it to show how you shine, but you need the nod of the manager. How do you get the nod?’ Her eyes swept us from left to right and back again, like one of those cat clocks. ‘Identify the manager’s nemesis and throw her under the bus. And if there is no nemesis? Create one.’

Cruising home from the meeting in Sandy’s Pinto with Helen Reddy’s feminist battle cry “I Am Woman” wailing from the cassette player, I tried to figure out if Mr. Jacky had a nemesis. I thought briefly about throwing Bernice Jones under the bus – Bernice, who sold goldfish at Woolworths and had once had words with Mr. Jacky because she forgot her nametag – but I couldn’t see the end-game.

Except for Sandy, my sisters and I had always muddled through whatever came our way with a vagueness we’d learned from our mother and grandmother, nice women who fell into marriage and motherhood, spray starch and casseroles. But Sandy’s mind turned like swiftly moving perfectly aligned gears. Even her body was different. The rest of us were lanky and soft. Sandy was a whippet: a smaller, leaner, hard-bodied creature. While we strolled with a languid dreaminess, Sandy charged, striding with purpose—even if it was only into the laundry room to repaint her white canvas sneakers, which remained ever spotless.

‘Dinner after work?’ Boggs scrunched up his eyes in a poor Paul Newman imitation.

It was the night after the Sisters’ Solidarity meeting and he hovered in my checkout line, purchasing a bottle of Elmer’s Glue.

‘One sixty-nine,’ I said, spotting Wanda behind him.

Wanda continued to try to pass bad checks. I continued to decline said checks, and she continued to threaten to kick my ass after work while I cowered at the bus stop after closing out my cash register. Boggs’s offer was tempting, only because it provided an opportunity to avoid Wanda.
‘Thank you for shopping at Woolworth’s,’ I said.

He stood off to the side, a large looming sad sack, clutching his bag of glue.

‘Bitch, stop looking at that old man. Ring me up,’ Wanda snapped, her pick stuck like a hatchet in the crown of her glittering fro.

I had to hand it to Wanda. She had no quit in her. Maybe she was corporate material. I considered telling Wanda about the next Sisters’ Solidarity event at Amy and Boggs’s place.

Again, Sandy dragged me along and this time Amy did all the talking: ‘I want to discuss the true meaning of sisterhood,’ she said, chin quivering like a Jell-O mold.

Puzzled glances were lobbed about the room. She babbled on about loyal women, cheating men, and starving Ethiopian children, raising the level of perplexity.

‘Are you sleeping with Boggs?’ My sister asked on our way home. ‘Because I don’t see how that would be helpful to me. I’m trying to get in on a project which Amy’s spearheading and…’ Her eyes narrowed and her smile emerged, radiant in the sweep of oncoming headlights. The well-oiled gears churned soundlessly in her relentlessly focused mind.

The next night Boggs stared at me from across MacArthur Boulevard as I crouched in the corner of the bus shelter, hiding. This time, he went with a heart-achy Elvis impression. Who was older, I wondered, ducking my chin into my collar, Paul or Elvis? And what was Sandy up to? How was I going to move on from Woolworths without a suit jacket?

Wanda, shoving a grocery cart full of wailing kids, shuffled past looking beat. I dropped my shoulders. We exchanged weary looks; it was a ceasefire.

On Saturday morning, Sandy and Amy, sitting erect as senate judiciary committee members, greeted me in the kitchen. Evidentiary photographs were spread across the table in a bold, accusatory array. Pictures of me: getting on the bus, sparring with Wanda at the checkout counter, hanging up my smock in the Woolworths basement break room. That last shot was especially creepy because it had to have been snapped from inside one of the narrow metal lockers. Amy had found the photographs s in Boggs’s underwear drawer.

‘He acted confused,’ she blubbered. ‘Then he asked if he could keep them. ‘Tears fell onto the table.

An image surfaced from my muddle. It wasn’t an inspiring tableau of women, bra-less and striking, pure in their cause, feral. It was Wanda, chin-in-the-air, down-on-her-luck, scrappy.

‘You really do want that project.’ I smirked at Sandy.

I was strong. I was woman. I was homeless. I was hoping Wanda could use a roommate. 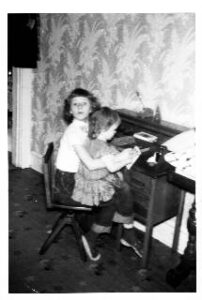 Nancy Smith Harris lives in northern California. Her stories have most recently appeared in Bright Flash Literary Review, Passager Journal, and Fleas on the Dog Magazine.