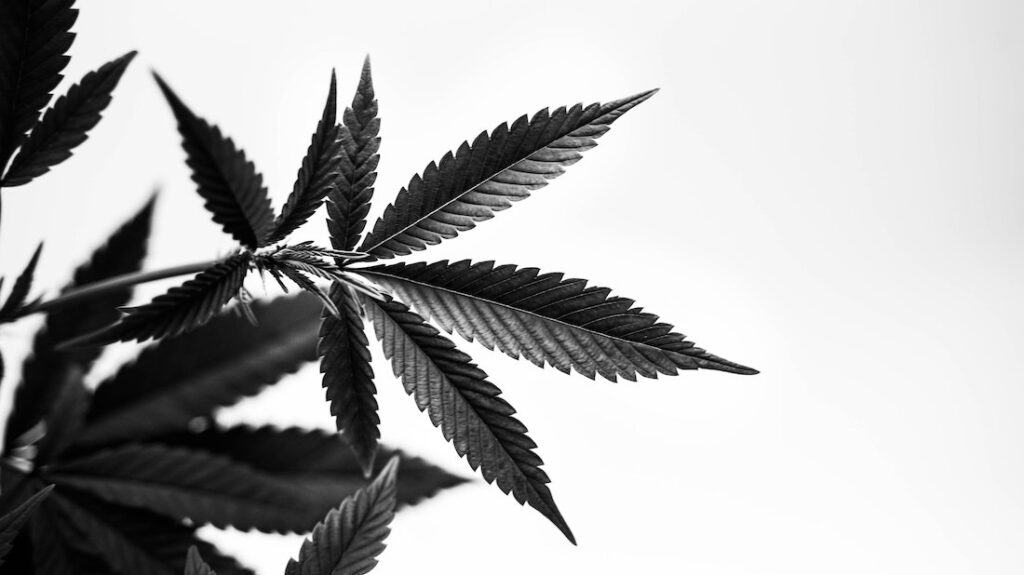 In the bad old days (BOD) before legalization, my husband Mac and our teenage son, Teo, propagated six cannabis plants. To begin with, I didn’t have a guilty conscience about pot plants growing in the warm sun of Teo’s bedroom. Kids everywhere banded together over grass the way we had against the Vietnam War, and grass. In his junior year, Teo had gone from begging for Air Jordans to wanting only recycled clothes. We’d given him a mountain bike for his sixteenth birthday after he’d declared he was an environmentalist and would never drive. He and his friends listened to soul music and read Thoreau and Castaneda aloud on the back porch.

The long-haired boys seemed all right and, if they stayed home and safe, we’d let them smoke outside, and why not let them grow healthy plants that hadn’t been poisoned with herbicides? Moreover, Mac and I could hardly stand in as the law. We were 70s hippies. We’d tapered off toking with the years – or at least we had until Teo re-introduced Mac to weed. I didn’t protest but preferred white wine and keeping my thoughts straight.

The thorn in the garden, so to speak, was our neighbor, a county sheriff named Elfred L. Drum or, as Mac and Teo called him, El Dopo. The sheriff had an obsession with kiwi plants. Late rains had caused his male flowers to drop their blossoms before bees could arrive to pollinate the female blooms. My own small yellow blooms were more protected and stayed on the vine, so I showed Elfred how to rub the male pollen around the female ovum to fertilize them – an almost sensual co-operation if you didn’t look at the bald man whose gut bulged over his belt. Poor Elfred wasn’t blessed in the looks department: he had huge Yoda-like ears that flapped, buggy eyes and a high-pitched giggle. Elfred’s wife had left him before we moved in next door.

‘Bet you any amount he hasn’t gotten laid in years,’ Mac said. ‘He’d have a heart attack if he tried. He can barely get out of his squad car. But it’s not such a good idea, Laurie, to have him nosing about. The guy wants every cannabis grower in jail.’

During the first two weeks of June while Eldred was performing his mating task with the kiwis, temperatures stayed too chilly for Mac to move the plants from Teo’s room to the tomato patch where they’d be concealed. Our son loved having the plants in his room. Every morning before school, he’d mist them while dancing around to Marley. Once home from school, it was misting again, more Marley and ‘Legalize It’ by Peter Tosh.

The final night before we transplanted the cannabis outdoors, Teo’s three best friends, the plants’ fan club, slept over, their futons spread out at the foot of the plants. They were still sound asleep when I heard Mac clapping his hands and shouting, ‘Men, up to attention.’ I was in the kitchen making coffee and looked out of the window to see Mac appear in the garden where he pumped Elfred’s hand and maneuvered him in a do-si-do-like dance until his back was to Teo’s open window.

‘He’s already got enough,’ I said.

‘Never enough, come on, lead him to the grove.’

We both knew that the fertilizing season was over, but we had to kill time for the boys to get up and close the curtains.

‘Got any action against the Karamatzovs?’ Mac asked Eldred. For the past months, the adult sons of an across-the-road neighbor had been living in a battered camper van from which they carried on a war of obscenities and screaming matches until the camper rocked as if it might roll over.

‘Problem is the mother, she let them try marijuana when they were young. That led to this degeneracy.’

After Eldred left and the overnighters had packed up, I expressed my concerns to Mac and Teo. I was a federal employee of the post office. I could lose my job.

‘Don’t worry, Mom. If we expand our scale, you can quit your day job.’

Summer was usually my favorite time, a time of going to the beach where, even if the water was too cold to swim, we inhaled salty air and treated our eyes to the horizon. Summer was the season of long days, of tomatoes and beans and corn. This year, however, I couldn’t wait for the growing season to end. Mac and Teo had long since moved the plants into the middle of the tomato patch, heavy with fruit and sending up plenty of foliage but, no matter how high the tomato plants grew, the cannabis kept outstripping them with clearly recognizable leaves, bright and green. Helicopters were taking aerial shots every day. Heart pounding, I watched local news of pot busts and arrests. Teo and Mac said the reportage was a scare tactic. Mac said their harvest was on such a small scale that no one would bother with it. Teo, a gleam in his brown eyes, said, ‘For now, bro.’

One hot night in late August with the air stuffy inside, we brought futons and sheets out to sleep on the lawn and watch the Perseid shower. There was no haze or fog, a perfect viewing night. By now the lone male plant was out of the ground, turned upside down in the garage, drying, and the four female plants’ days were limited although, each time he inspected, Mac said, ‘One more week and the buds will be even more potent, so why rush the girls?’ Our kiwis hung in small brown furry mocha clusters on the vine, reminding me of nothing more than perfectly firm testicles. I assumed that, since Elfred had stopped coming over, his plants must have gotten pregnant as well.

A tail of light shot across the sky, followed by sparklers that looked like they might fall to earth. Mac leaned over and gave me a kiss. We fell asleep.

Close to dawn, Mac woke up. ‘I’ll check the contested property,’ he said

There was the sound of rummaging and leaves swishing.

‘What is it? Sounds like there’s a horse loose out there.’

‘Fucking Dopo. They’re gone, every fucking girl plant.’ Mac was looming like a night-lit scarecrow. ‘I could put my hands around his fat neck and strangle him. He must have had pictures, he went right to them. The plants couldn’t hide or run. You didn’t hear anything?’

‘It is not OK. I’m going to strip his fucking kiwis. See how he likes having his own babies ripped out.’

Anything I said would achieve the opposite of what Mac had to do – calm down and use good sense. I led him back to the deck from where we gazed at the sleeping Teo. ‘I feel for the kid,’ Mac said. ‘He worked so hard. I don’t know how he’ll take it.

‘It’s good life experience. And we aren’t going to be arrested. Elfred is obviously letting us off.’

Just then, a late meteor bloomed in the dawn sky. Mac, ever the optimist said, ‘Next year, we’ll grow indoors. We’ll get grow lights and a trap door.’

Barbara L. Baer is a teacher, journalist and editor living in Northern California. She is the author of four novels in print from various small presses, most recently “The Ice Palace Waltz”, and has published shorter pieces in anthologies and periodicals.