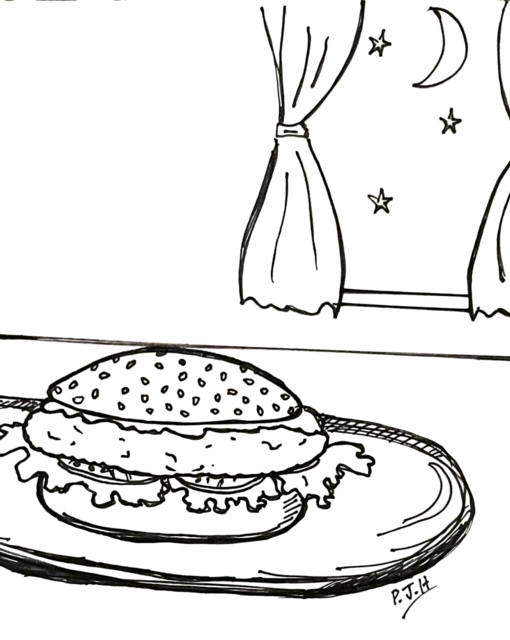 We have a family friend whom we call Uncle Ali. One day he got a new moniker, and I’m going to tell you how it happened.

November mornings in Delhi are chilly. At five am, my mother was woken by a sound in her bedroom. She stirred awake to find a skinny urchin clad only in his underwear ransacking the tall metal wardrobe.

The metal wardrobe in the master bedroom was open. She sprang from her bed to grasp the urchin’s arm, but his body was oiled and he slipped through her fingers and fled through the back garden, later found strewn with empty jewelry cases.

My mother’s cries woke my father. He shouted into the dark, ‘Chor Chor’, but nothing stirred around the neighboring houses other than a cold morning breeze.

By the time the police arrived two hours later, the urchin had probably crossed the state line into Uttar Pradesh. I stared at the empty shelf through the gaping doors of the wardrobe. All the jewelry, a gold pen, even some loose change, everything was gone. My family had never considered putting the jewels in a safe deposit vault: ‘The jewels have traveled everywhere with us. Besides it’s so little.’ But it was all the jewelry they owned. It included a necklace of Basra seed pearls that my great-grandmother had worn as a girl in the nineteenth century and a 24-carat gold set of necklace, earrings and bangles bought from the proceeds of land that my grandmother had recently sold in anticipation of her granddaughters’ weddings. An acre of land gone in an instant!

A report was made. The police said, ‘Yes, this was the work of a band of burglars. They come on the train, they rob, and they vanish.’

As if to reinforce this statement, a train thundered over the railway bridge.

The bolt for the latticed wooden back door usually made a racket, so that alone should have woken the household, but we had heard nothing. Despite the clanging of the metal doors of the wardrobe and click of the key (which rested under my mother’s pillow) turning in the lock, my parents had slept on in their ground floor bedroom, the barred windows wide open. Perhaps, they had been drugged, a friend later suggested. I had been in my upstairs bedroom on that cold November morning, dreaming of a dashing hero who would climb up to the balcony and carry me away. I too heard nothing.

The cook arrived and made tea. After the policemen had drunk three cups each and taken our fingerprints, they left, satisfied with the morning’s work. Now for the more important business of nabbing scoundrels who stole radishes from politicians’ gardens.

I remembered having seen on the previous day a man in a sadhu’s (a holy man) saffron garb observing our home from a wooden rope cot in the courtyard outside the servants’ quarters of the neighboring home. He glanced at me. His eyes didn’t look like those of a sadhu. And there had been a wedding the evening before in one of the big houses that was in the row behind the servant’s quarters and parallel to our own. Weddings are occasions for great jewelry. So why hadn’t the burglars picked that house? Perhaps that family had immediately ferried their jewels to the safe deposit vault in the bank.

Friends had all kinds of theories: It must have been an inside job. The cook must surely have been hand in glove with the thieves. It could have been the police for all you know, they said. Others remarked that it was very bad luck for the daughters as now they would have no jewelry for their weddings. In other words, No one will marry them.

My parents did not sack the cook, but from that day onwards, my father slept with two golf clubs, a driver and a mid-range iron, under his mattress.

About a year after the burglary, our family friend, Uncle Ali, came to stay with us. He was a financial genius, but he was so absent-minded and eccentric that this was hard to believe. On his visits to Delhi, he lived at The Claridges Hotel where he was pretty much a permanent fixture. The driver of the taxi that he hired for the duration of his stay made more money waiting for him with the meter running than driving him anywhere. Uncle Ali arrived in Delhi from Hyderabad to find that The Claridges was being renovated. My father invited him to stay with us, an invitation which was gratefully accepted.

Uncle Ali was enraptured by the burgers at McDonald’s and ate them every day. On the way to our house, he picked up two American Cheese Supreme Veg Burgers from McDonald’s, eating one immediately on the premises and bringing the other back to eat later. On arrival he put it in the fridge in our home.

My parents retired for the night to their bedroom. In the early hours of the morning, my mother saw through the open doorway, a dark figure creeping down the hallway. She opened her mouth to shout, but no sound came out. My father was snoring. She shook him awake. He grabbed the driver from under his mattress and, gripping it firmly, crept after the burglar in the direction of the dining room, matching his step to the burglar’s pace. Just as my father put his head down and his chin up and got ready to swing, Uncle Ali looked behind him.

Rather sheepishly, Uncle Ali confessed that he had been on his way to the kitchen to polish off the remaining burger.

We never recovered the jewels and my father continued to sleep with the golf clubs under his mattress for a long time. I sometimes wonder who is wearing my great-grandmother’s necklace of Basra seed pearls. My mother jokes to me, ‘Perhaps the police will find the jewels, compare the fingerprints and declare, “You must have stolen them. Your fingerprints match.”’ For many years, the worst part of the burglary was the sense of violation, that someone had invaded our home, but now that is water under the bridge. Life has taught us that money comes and goes, and ultimately there are more important things. And Uncle Ali has now become Uncle Burger-Ali.

‘Burger-Ali,’ says the cook darkly, the phrase he has coined for the November morning when our home was robbed by a gang of thieves.

Even Uncle Ali finds this amusing. 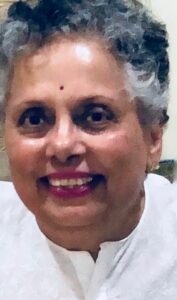 Ravibala Shenoy has won awards and her work has appeared in The Chicago Quarterly Review, Best Asian Speculative Fiction, The Chicago Tribune, The Bosphorus Review of Books, The Superstition Review, Funny Pearls and other online and print publications. She is a former librarian and book reviewer.