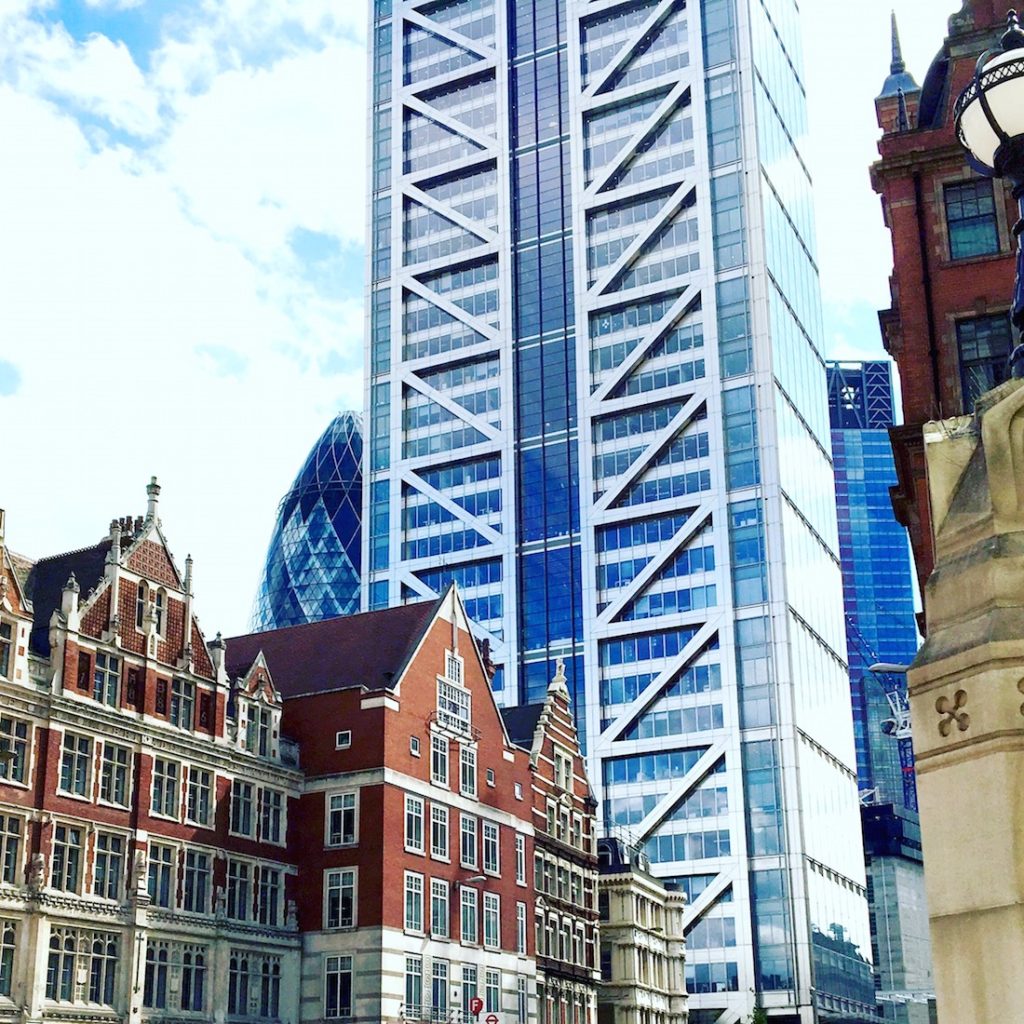 ‘Stop. Put it back,’ Dave’s whisper was urgent. I hadn’t realised, until then, that he could be so animated. Especially at four o’clock on a Friday afternoon when the ladder was the heaviest it had been all week. It was four steps back to the van and two to the wall, so the wall won. I leaned the ladder against the side of the NatWest Bank building and turned back to Dave.

He had parked the van on double yellow lines in the cul-de-sac that services NatWest. He was speaking out of the side of his mouth, his eyes looking down towards the High Street, so I thought he’d clocked Godzilla, our local traffic warden. But I wasn’t that bothered: he was the boss, it was his van, he would have to pay the fine.

In the four weeks I’d worked for him he’d changed from ‘mate-to-have-a-pint-with-down-the-pub’ to ‘health-and-safety-bore’: ‘Do not let people walk under the ladder in case we drop stuff on them; do not lean the ladder too close too the wall or it might tip backwards; the feet of the ladder must not stick out or pedestrians might trip over them; and (I loved this one) we must not drop water on the pavement ‘cos it might freeze and create a hazard.’ It was the middle of June, for fuck’s sake!

Dave’s face was normally russet, but the colour had leached out and he looked like the ghost of some past window-cleaning relative. He stood in front of me and mouthed incomprehensible words while spittle pooled at the corners of his lips. I failed to grasp his meaning, so he turned his back towards the High Street and pointed at his gut with urgent stabs. Did he have appendicitis? It wasn’t a stroke, as both his arms were working very well –  one was flapping and the other was stabbing. He was obviously the kind of guy who can do that rub-your-tummy pat-your-head thing that people only try at closing time.

I turned back to my ladder. I didn’t have time for this pantomime. I had to be finished on the dot because I had a fourth date lined up with Naomi. The beautiful, curvy, exceptionally well-informed nurse-Naomi. Bits of me twitched at the very thought, so I started up the ladder. I pride myself that I always land on my feet and, with her, I certainly had.

I was four rungs up the ladder when Dave tugged hard at my trouser leg. That killed the twitch. I ripped the pods out of my ears and glared down at him.

‘See that car,’ he was trying to point through his body again so I glanced, where he seemed to be indicating, down the High Street. ‘Don’t look,’ he hissed.

Donald Trump was sitting in the driver’s seat of a black Outlander, on a double yellow with the engine running. Godzilla’s reputation for stealth and ticketing prowess seemed not to have reached as far as I thought.

‘Brave man,’ I said shaking my leg out of his grasp.

Dave was panting like an exhausted racehorse as I pushed the ear buds back in place and climbed upwards, bucket in one hand and squeegee in the other.

The NatWest building was cream stone and looked a bit like the town hall in Back to the Future. It was old and, where lead edged the windows, rain had stained the blocks like mascara tears. Someone really ought to have cleaned it up. The windows were huge with rounded tops. Very classy. Remember that film where the bride in her wedding dress stands in the window and watches the groom drive away? And he can’t miss her if he just looks back, but then he doesn’t? Well the bank’s windows were bigger than that.

I had just made it to the top rung and was stepping onto the sill when Dave, Mr Health and Safety, shook the ladder. So, with a bucket and squeegee in my hands and the world shaking under my feet, I overbalanced. I dropped the bucket onto Dave – I knew that because I heard him swearing – and I ended up, arms spread wide, hugging the glass like a starfish, but without the helpful suckers. The bang of my contact echoed like a cannon going off. And, before you say anything, yes, I do know what a cannon sounds like up close because I belong to a Civil War re-enactment group. That’s why I keep my hair long. Authentic.

I looked down into the bank, grinning like a muppet and expecting to see Karen and Lizzie and the blokes staring back up at me. But not this time. Instead, I was looking down on bodies. All the staff were lying on the floor on their fronts with their hands behind their heads and three more Donald Trumps were staring up at me. They all wore black suits, held big black bags and even bigger black guns.

I must have surprised them because the first shot missed me completely. It punched a dark hole in the glass near my arm. So did the second and the third. I wasn’t so lucky with the fourth.  I was in free-fall by then and I don’t think the shooter was any better with a moving target than he was with a starfish. I felt something snatch at my t-shirt and, when I looked up at the glass that flew away from me towards the sky, there were red spots in front of my eyes. I heard screaming somewhere. The pavement was rushing up to meet me, so I closed my eyes.

The yank at my jeans stopped me. The world turned upside down as my leg slipped through the rungs of the ladder and broke my fall. I was very relieved until a sharp pain shot through my hip and leg as though I’d been pike-staffed. I opened my eyes and shut my mouth and the screaming changed to a moan. I’m no featherweight, so the top of the ladder pulled away from the wall, making a rainbow arc above my head. It crashed down onto the roof of the van. Metal screeched, Dave swore and I groaned. All of us singing parts from the same score.

The pavement was warm under my cheek and a slice of gherkin lay next to my right eye. I hate gherkin. Then Dave’s face hovered over mine. He was transparent. I could see right through his nose. Godzilla was marching towards us out of a dark tunnel. I closed my eyes for a second, just a second, and, when I open them again, the shooting pain in my leg was worse and I could smell piss. I felt sick. Someone was flashing bright lights that stabbed my eyes and turned the walls into blue-veined cheese that dripped down towards the pavement.

Men in green clothes were pressing and poking. Men in dark uniforms with big black boots were swarming. Godzilla was there too, toe tapping, ticket flapping.

The trolley lurched into every crack in the pavement, but the groaning stopped. It had soared away on a smile and the cold trickle in my arm. I always looked forward to seeing Naomi and I could hear her voice. She whispered in one ear ‘Hold my hand,’ syncopated with Dave’s baritone in the other ear repeating: ‘I told you not to put the feet of the ladder too close to the wall.’  I might not have quite fallen on my feet this time.