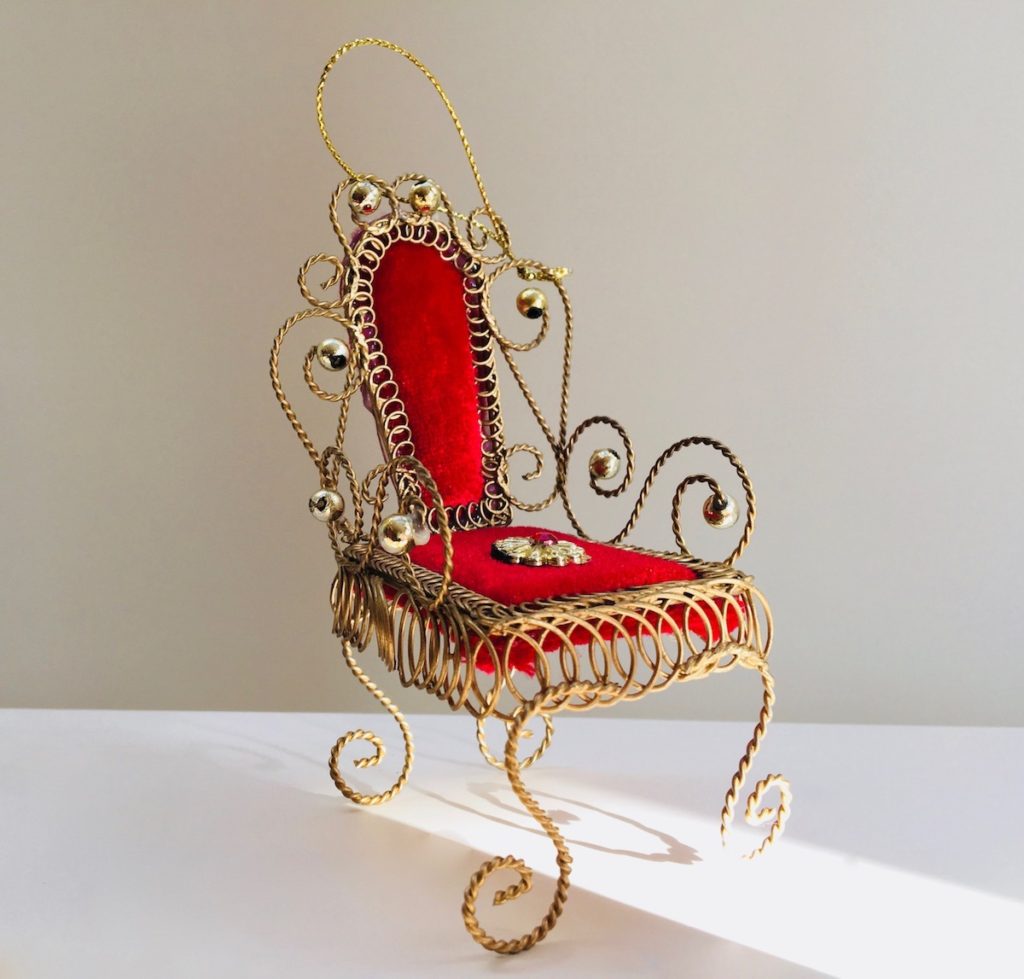 Almost eight years ago, it arrived in the post. Given that Ms Knackered had gleefully chosen it to match the Habitatsy nature of their former lives, she had overlooked that it would arrive as Flat Pack.

This, in the Pre-Small world, would not have been a problem. But in the Post-Apocalyptic-First-Baby world where almost every first waking thought seemed to be ‘Why Do People Do This?’ it was definitely problematic.

According to records, that day she had been found asleep, standing next to a boiling kettle, HOLDING THE BABY SMALL. Meanwhile, Handsome had been furiously pedalling the pedal bin, confused as to why it would not open the back door. This was not an atmosphere that required further confusion.

Knackered and the Handsome Scientist (at that point he was the Devastatingly Fit Gardener) looked at the package. She noticed that there were allen keys involved and mentioned this, hopefully, by way of an apology. The Gardener shot her a look that made her wince. She edged towards the door mumbling something about ‘Not wanting to get it arse about face’ and went to look at the Miracle Upstairs.

High Chair was eventually assembled, amidst dark mutterings and references to Ms Knackered’s other failures to make practical purchases. These included: a beautiful French car called Fifi whose only working feature was the cassette player; the Shoes of Destiny which she loved so much she could not wear them; a house that needed so much work done that neither Ms Knackered nor The Gardener knew where to begin.

And the Very Small Child that had been eating baby rice in her pram, propped up by cushions, wearing a tea towel was now enthroned. She would guzzle mushroom soup, throw pheasant stew everywhere, adorn the walls with apple crumble. She would feed herself. She would be wedged in there to finish eating her toast that now had to be cut a certain way. She would go on to climb into an adjacent chair saying that she was ’A big girl, now’.

Shortly after, the High Chair went into the loft. It was a reminder to Ms Knackered that she seemed unable to conceive a follow-up album.

So it was with great joy that Ms Knackered greeted (the now) Handsome Scientist’s comment that they had better get it back out of the attic. Smallest turned out to be massive for his age, and hungry and impossible to contain unless he was strapped in by way of a set of reins, and levers and pulleys. Once food was in front of him he would go quiet and focussed, like a bear with a salmon. However, Smallest also liked using the High Chair as a ladder to climb onto the table where he would dance like a miniature Sumo wrestler. The decision was made that, due to his inability to sleep for more than 45 minutes at a time, Smallest would definitely be the last album. The band was fully committed to developmental rather than production work.

Ms Knackered then began to e-Bay some stuff. The maternity clothes went first, then some oversized things that used tons of batteries. High Chair was a non-mover for a long time, probably because Ms Knackered wanted it to go for a Habitatsy price. But go it did, and this morning left Handsome-Knackered Towers with a very nice young man who looked familiarly zoned-out and confused and apologised for being late as he had been doing circuits of a different town having misread the address.

And Ms Knackered is a bit, well, sad. That chair going means that the next milestone will be…what? Primary school for Smallest? Secondary school for Small, University. Her first car, her first serious boy or girlfriend, her first tearful break-up? Despite her assertion that she will live with her parents forever and have triplets at home, Ms Knackered knows that go she will and not come back except to visit.

Lucy lives in Rutland with her husband and their two bonkers children. When not locating infinite amounts of plastic crap she works part-time and is perfecting the Venn diagram that includes every aspect of everyone’s life. In harmony, naturally. Lucy likes running (away, usually), is fond of cooking, food in general, dancing like an idiot and loves her friends to bits. Lucy fits in writing around everything else but dreams of it being the other way around.