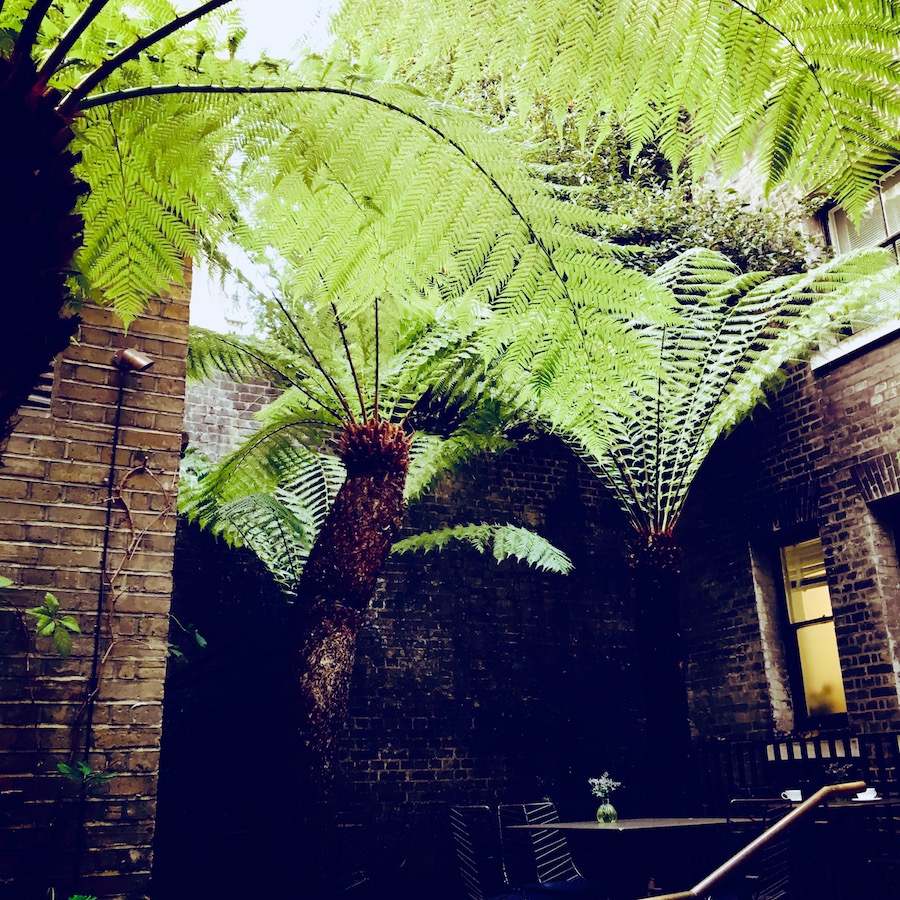 Not to minimise the threat of what’s out there, but for we who work from home, is self-quarantine such a lifestyle step change? I wonder for my network of largely female, part time working mums, will it fundamentally alter how we behave once the partner and kids are out of the house?

When I’m in town for meetings, I dress up and strive for vaguely on-trend but not too fussed. Effortless elegance is my aim although it takes a bloody long time to puzzle my outfits together. I tend to travel off-peak as I got into the practice of setting appointments to fall within school runs. That my eldest is almost 16 and would sooner scratch his own eyes out than be met at school is irrelevant. Habits stick. Sometimes, I cite a vague breakfast meeting to keep my director at heel, and my comings and goings aren’t generally questioned, given the girthsome volume of work I produce on minimal contract.

The other 98% of the time, I’m attired in running gear as a nod to hope over experience. I like to think I’ll run (read fast lope, panting heavily) around our local rec, and dressing for it is the first step to leaving the house. Much of the time, working from home means I’m sitting on my butt, staring at a desktop, carefully snaking my hands towards the keyboard and avoiding the obstacle course of paperwork of varying importance, sneaky crisp wrappers, coffee mugs etc…. I’m either working on a piece, thinking about a piece, berating myself for the flaws in something that is published, doing all the admin bullshit that schools like you to sign off on, searching for vintage clothing on eBay, checking Meghan Markle’s latest movements (I am bonded to her by virtue of being an American wife to a posh English husband), responding to urgent emails from clients, then leaving them in my drafts folder so it looks like I was more in demand than I am.

My primary role is consulting on art. I’m rarely confronted by a life or death situation that requires me to drop everything and race to a valuation. There are no blue lights in my field. No one screams for a ‘ Victorian silver snuff box, STAT’. There is little critical urgency, although auction deadlines shape my year. As I work only part-time for a saleroom, I fill in with lots of bits for insurance companies, lectures, magazine articles and an unfinished novel that is breathtakingly gopping. I get to recycle my effortlessly insouciant outfits more often than I would if I worked an office job 5 days per week, as most of my clients don’t know each other. They’re hardly going to say, “oh you use Jill as well? Did you note her clever pairing of broderie jacket, vintage culottes, and clogs the other week?”

The obvious response would be: “Bloody stupendous. I never thought it could work, but I am absolutely spellbound by her rejection of gender normative blah blah discreet elegance and blah blah.” On good days, I like to think of myself as a beacon of wardrobing hope for all fifty-something women with saggy bits.

I’m pushing my own boundaries by letting my greys grow in. The fact that they populate the front 3 inches of hairline like unruly pubes, no matter how I battle on with product and straightening tongues, is by the by. This campaign of mine to avert dyeing is less about being free to be me and more about my scalp calling a general strike. Any colour application leaves me with itchy dry patches that I absentmindedly scratch at all day. People wonder if I have lice and the pyramids of dandruffy blech on my shoulders won’t bring this freelancer any new business.

So, I’m trying to grow out my head-pubes as though embracing who I really am. It’s such a load of bollocks, but it’s not like I have anyone in my home office to contradict me. If I settle into my desk chair wearing a bin liner and moon boots, there will be no tittering or covert texting at the water cooler. I may speak out loud to my muses but there is never anyone in the room. That’s important for the self-isolating thing.

Of course, I know that perfectly nice, middle class people are out there shanking each other at Waitrose over loo roll. I’m not living in a bubble. In our house, bog roll is an ongoing issue. We have extra tucked away 365, not just to see us through periods of national pandemic. Without getting too graphic, there is a member of our family who has the runs a lot of the time. This particular person could use autumn leaves and carpet remnants for more ecological wiping purposes, or could forego gut-burning curries, but elects not to. We all have our idiosyncrasies.

The fact of the matter is that business is slow and that any deadlines I am meeting are fulfilled by email anyway. My ageing parents live abroad and we are not due to visit them anytime soon. In fact, they will not be travelling to us for the foreseeable future, thanks to border closings. I stay home by choice when I could opt to be out and about. I am, after all, growing out my head-pubes and repurposing bin liners. My shopping is delivered and most bits and pieces are provided on Amazon prime. If I absolutely had to stay behind locked doors, I have a list of tasks I’d tackle: I’d clear my desk and file all errant paperwork. I’d cull every wardrobe, drawer and eve in the house. I’d sew on lose buttons, finish the curtains, order prints and sort them into albums. I’d be the Zen mistress of my interiors.

It seems I do actually have to stay behind locked doors and am now forced to reconsider the lie of the land. The situation changes daily as our leaders string us along with pronouncements that borrow from surreal knock-knock jokes.

Not only am I to stay home but, as of Friday March 20th, I will be joined by our son Fred, daughter Georgie, and school teacher husband, Jack. Yes, that’s right. He’s Jack and I’m Jill. Very droll.

Fred is, correction – was, in his GCSE year. He is currently morose as there was no shirt-signing and no hope of Prom or DofE. He could be turning cartwheels in our front room – as there will also be no public examinations – having propelled himself by sheer flatulence into his sixth form on the basis that his teachers will award him a “you tried just enough”. Like he graduated the Hygge – or is it the Lagom? – programme at his school. This is based on that Scandewegian theory that there is virtue in moderation, a guiding principle for our son in his schoolwork.

Fred has the uncanny ability to zero in on the nub of the matter and study pretty much what will be on the test. He will shirk pages of revision and tease out the subjects most likely to occur to his teachers. I don’t know how he does it as neither of his parents possess that skill. It is an innate ability[1] that baffles me. And now, his method won’t ever be tested. He will never wave his results in my face and say, “Straight 9s, SUCKAHHHH”. Nor will I, conversely, find myself in mid-August, phoning the local borstal and pleading for my son to be accepted into their remedial 6th Form when his system is ultimately disproven and none of the schools we applied to want to know.

Balance that out with his sister who, in year 9, suffers trauma from having to say goodbye to her schoolfriends at 3:40pm every day. She has taken to sobbing on her bed as she will be isolated from her besties, forbidden to trawl Flying Tiger for things she can’t afford, banned from gossiping over bubble tea on the High Street.

Georgie has cleaned out her pencil case and is preparing a suitable work space from which to receive the assignments that will hit her inbox at 8:40am on Monday. When there are exams, she whips out her 62 highlighting pens and colour codes a sequoia forest’s worth of index cards in an effort to revise every last fact. She makes herself crazy and sleepless and completely hysterical ahead, during, and following the exam, until the results come in. Then the cycle begins again. Georgie is concerned that the interruption in building her babysitting empire will have a knock-on effect when the time comes to apply for graduate school. I’ve explained that most of the country is grappling with business interruption and that she won’t be judged adversely. She’s my little planner.

Jack, well, he does the best he can, dear man. He read something about the benefits of quinine so has upped his G&T intake prophylactically. He has such a good heart. We are planning to drive to his mother’s and drop off food for her freezer. It will be delivered to her doormat and we will ring the buzzer with our elbows before stepping into her front garden. I proposed we sing something or do a little jig for Mother’s Day. Sorry, make that “MOTHERING-SUNDAY-DREADFUL-AMERICAN-HALLMARK-INVENTION.” Every year, we walk that tightrope of her scoffing at the concept of Mother’s Day while accepting a large bunch of daffodils and inhaling an entire box of Swiss chocolates before the daffs have even been arranged in a vase.

She’s 85 and has so few pleasures left. Let her guffaw at my silly Americanisms. The respectable Berkshire suburb may not recover from my warbling of “Ain’t No Mountain High Enough”. All four verses transmitted from the passenger window of our Passat via loudspeaker should do it. I’ll not be invited back for a good long while.

Jill Tartavich is a pseudonym.