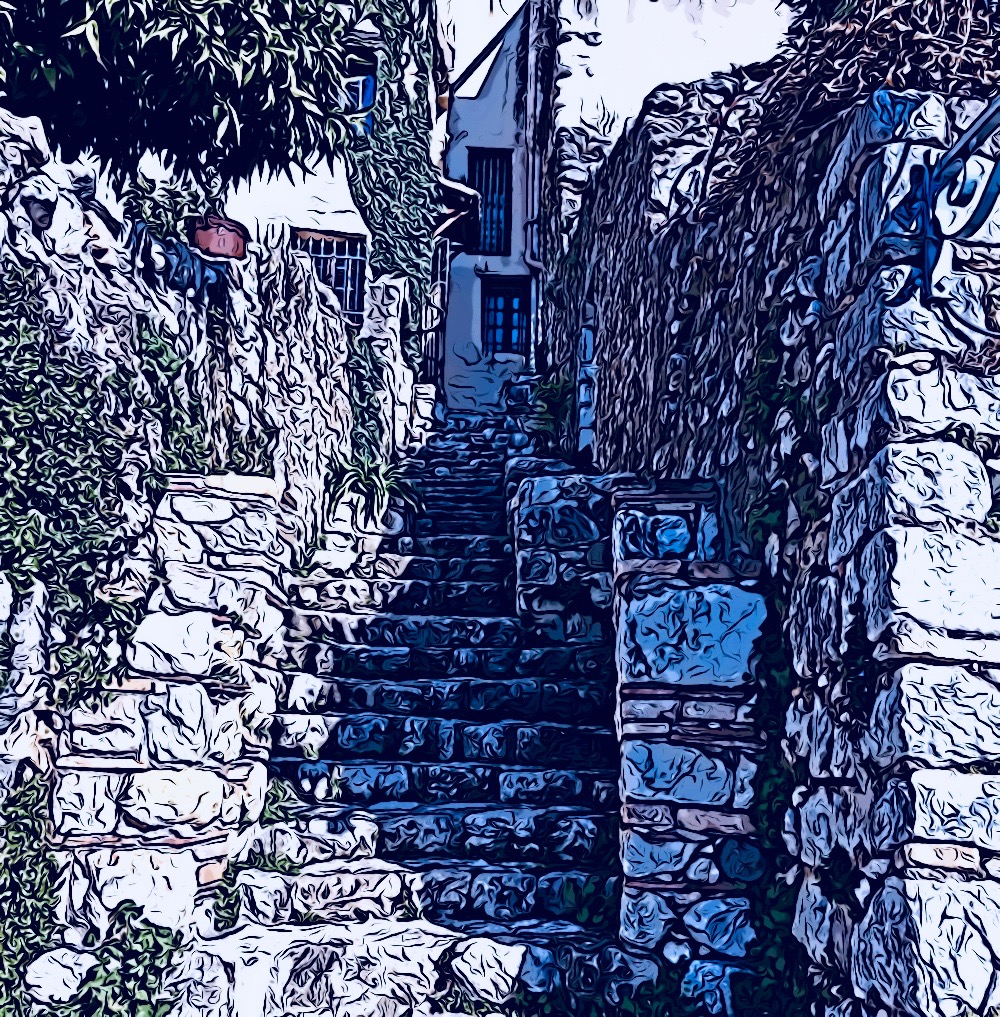 Miss Letitia Bucksley, adored by children, domesticated cats and stray dogs, was a slight woman with a smooth face (living proof that cold cream at bedtime did work after all), hair swept up in an impeccable chignon and a figure plump teenagers could only dream of. No-one knew Miss Letitia’s age and she was unenthusiastic about revealing it. She could have been sixty or nearly eighty, but time had treated her kindly and she was proud of it.

Having worked for nearly thirty years in a local school, she loved keeping busy and abhorred inactivity, campaigning for “Save Our Pigeons” and “Protect Our Planet” and attending the local Book Club.

Her home, a lovely semi-detached, was as well-preserved as its owner: trimmed grass (as if warned by an invisible ‘Keep Off’ sign, slugs dared not venture into the garden ), fuchsia flowers swept and removed the moment they fell onto the lawn and sturdy rose bushes cocooned in winter straw jackets. Inside, the furniture was dusted every day and all china figurines and filigree ornaments were carefully wiped. The smell of old-fashioned lavender wax hung in the air. Miss Letitia was a staunch opponent of aerosols and never let a spray container enter her house. ”Ozone is more precious than gold and getting scarcer every day”, she had written in a letter to the editor of the local Echo.

It was with deep concern that she had learnt of the rising number of burglaries in the area and, without thinking twice, she’d agreed to join the Neighbourhood Watch Scheme proposed by Reverend Stanley.

‘Keep your eyes open,’ he had said, ‘in case something or someone suspicious comes to your attention. All it takes is a quick look from your sitting-room window. And then just call the police – they will take over.’

Three weeks after she had joined the scheme, a new person moved into the house next door: A little man with stooped shoulders, bushy eyebrows and a beak of a nose that sliced his face like a carving knife. The face was vaguely familiar, but, hard as she tried, she couldn’t drag it out of the blurred edges of her recollections. After all, she told herself, she was an elderly lady and her memory was not the same as it used to be.

The man stayed indoors most of the time, as if afraid of sunlight, and, when he did venture out, it was well after dark when few people remained in the streets. Miss Letitia noticed with dismay his shabby clothes (some might call them ‘artistic’), especially the long beige trench coat. His shoes must have known better days – the black leather was frosted with cracks and the laces hung limply like strands of yesterday’s spaghetti. No decent person would wear shoes like those.

Once, when she greeted him, the man glared at her and muttered something under his nose before skulking back into the house. Miss Letitia had always believed in mankind, but Reverend Stanley’s warning and the little man’s unappealing appearance made her suspicious. She watched him from then on.

Weeks passed. The secretive neighbour kept to his house and, during his night-time escapades, ignored curious stares and her now infrequent greetings. It was early June and the scent of Sweet William drifted into Miss Letitia’s bedroom. She glanced at the clock: twenty past midnight. Putting away her book, she walked to the window in her flannel night-gown. The moon flooded the garden with a silver glow and the smell of freshly moved earth wrapped her like a blanket. Her gaze roamed along the neat rows of early lettuce and a strange noise, like clumps of soil on wood, broke the silence of the night. And then she saw him – the trench-coated figure of her neighbour – digging…

It was too late to be preparing cabbage patches, even for such a strange man. Too late for anything but… Her hands fluttered like frightened doves then landed on her lips. The horrid man was digging a grave!

She’d known it all along! A killer in the neighbourhood. A dirty man who lured innocent girls into his house and killed them. Terrible images flashed through her mind: He strangled them with a piano wire until their faces turned blue, before quartering them with a handsaw and packing them into black rubbish bags. And now, she had caught him preparing the final part – the grave.
She drew the curtains and tiptoed out of the room. She had to do something to prevent him from killing any more gullible, silly girls. The telephone. Her fingers trembled as she dialled.

‘Police? Letitia Bucksley speaking. I have just witnessed something terrible. My neighbour is digging a grave in the back garden…. How do I know it’s a grave? Because nobody plants roses at one o’clock in the morning. You’d better hurry. 28 Brook Street. I’ll be waiting.”

She hung up and crept back upstairs. The monster was still there. She could see the movement of his shoulders and his head bobbing up and down like a beach ball surfing on waves. Poor girls, she thought. How will the police inform the mothers, the heart-broken fathers? Tomorrow, no, today she would write to the Echo and warn careless girls not to talk to strangers.

A car pulled up in front of the house: the police. They had taken their time. The banging on the door made the little man look up. He dropped the spade and sauntered out of her view.

Miss Letitia detested eavesdropping, but this was serious. She walked to the kitchen and took a pot from the cupboard. Pressing it to the wall, she placed her ear to its bottom, thanking Dr. Laennec for the principle of the stethoscope.

As she listened, her face grew as red as a tomato. They were laughing! The policemen and the killer were laughing! A hot flush crept up her neck and she let go of the pot.

She had to sit down and think. Somehow the killer had literally got away with murder. Miss Letitia remained, sitting in the kitchen, long after the police had left.

In the morning, something fell through the letter slot. It was too early for the postman. She tore at the paper-wrapped package with impatient fingers. A book and a letter:

Thanks to your interference I had to leave my job unfinished, but I hope to be able to complete it tonight. Would you care to join me? I hope that grave digging is of interest to you too.

Yours truly,
The Murderer Next Door.

Her heart was beating wildly. A callous, calculating man. No wonder the police had been deceived. She stared at the book that had come with the letter. Death Lurks Around The Corner by S.M. Jones, her favourite detective story writer. How had he known? She opened the book and a picture of a man on the dust jacket gazed back at her. Bushy eyebrows, a nose like a carving knife, the collar of his trench coat turned up – S.M. Jones himself, her next door neighbour.

JB Polk wrote her first short story in the early 1990s. To her surprise, it was shortlisted for the 1995 Irish Times/Hennessy Awards. Soon after, she got a second story in the RTE 1 Short Story for the Radio Competition and then (emboldened) became a regular contributor to Women’s Quality Fiction in the UK and Books Ireland and IncoGnito magazines in Dublin. Later, she started writing commercially for magazines and newspapers as well as textbooks for the Chilean and Mexican Ministries of Education. She is also Deputy Director for a public organization in Chile, looks after 4 foundlings (dogs) and spoils her 2 adult kids with home-made meals. Her favourite literary genre is magical realism –  so magical and at the same time so real.