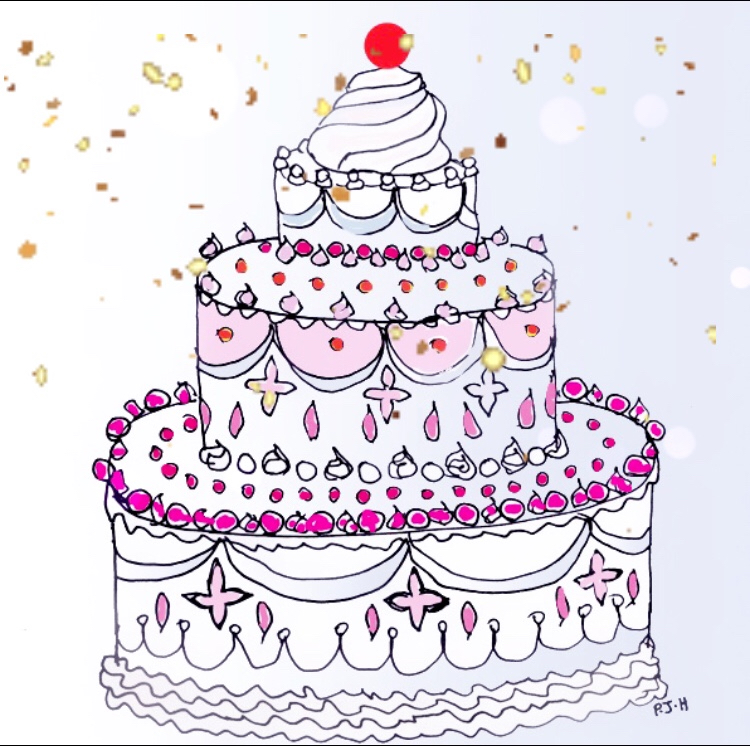 The judge and master baker from The Great British Baking Show, Paul Hollywood, is in my kitchen. He’s looking out of the window, admiring my view of the Hudson River, while I plate on my fanciest dish a slice of toasted and buttered Heidelberg Peasant Bread, my favorite store-bought loaf. I am ready for Prue and him to judge my bake, well, my toast. He cuts it in half and crumbles it.

Then Prue steps in and says the taste is excellent, and the color is not too bad, maybe a bit dark, but the butter has melted in, and ‘I love the butter melted in.’

Prue wears big glasses, like Elton John, pink, to match her pink blouse. She is kind to me. Tries to assuage my deep sense of failure by liking my butter-melted-in technique, but it’s small comfort. No star baker for me.
As the team leaves my kitchen, Noel pats me on the back and says, ‘Don’t worry, the bread is toast, not you’.

He’s the nicest guy, I think to myself. He really gets me. And, wait! Was he implying that I still had a chance at star baker?

As I awaken, my first conscious thought comes out of that confusion between dream and reality: I might have a shot at star baker after all and then, my god, what if I outbake my fellow contestants and take the whole thing and become the season’s winning baker, or, if I come close, say second or third, I might be invited back for the holiday special. I’d better hunt down that 12 Days of Christmas cookie recipe book I bought on remainder when my middle-aged offspring were preschoolers and I had some notion of doing baking projects with them.

But, wait, no, I have never met Paul Hollywood. I am now fully awake and aware. I will not ever win any baking competition or even be entered. Because I cannot bake.

My great-aunt Theresa, who could bake, would have said, ‘Now, Honey, you can do anything you put your mind to.’ Others, like acquaintances for whom I have never baked or television baking pundits, would say, ‘anyone can bake; it just takes practice.’ My husband thinks baking is my hobby, I practise so often, and he figures the right book will help: for thirty years, every holiday, he has presented me with the latest baking book, hoping against hope that the smells wafting from the kitchen will be associated with some edible product.

I have practised baking since I was a hope-filled child, dreaming of grand tiered cakes and hearty loaves of bread while spilling flour and sugar on the glossy pages of my girls’ and boys’ baking book, following directions as best I could to cream butter and sugar, beat eggs, and scald milk, and, on one unfortunate occasion, knead wet glop that was supposed to have become dough. In my experience, practice with breads, cakes, cookies, and pies does not lead to fine baking anymore than practice with scales, breath support, diction and song study leads to fine singing. I tried that, too. Sure, I could improve, develop whatever innate ability I had, but I was not going to sing like Aretha Franklin no matter how many of her songs I practised and I am not going to bake like Paul Hollywood no matter how many wanna- be loaves of bread, or approximations thereof, I put in the oven at 375 degrees.

When I was 12, I baked a cake for my mother’s dinner guests. As the cake adhered to the pan, I piled thick home-concocted white icing all over the top of it. When it was time for dessert, the white icing had turned to plaster, impossible to cut through.

‘Some icings are like that. Hard. It’s a classic hard icing,’ one of my mother’s dinner guests said.

‘What matters is the taste,’ another assured me. ‘It all winds up in the same place,’ she chuckled as I chiseled through the icing to dig out some of the cake.

One year, for my husband’s birthday, I spent the day combining ingredients for a French vanilla cake. When it was out of the tin and cool, I frosted it with swirls of creaming chocolate icing. I was immensely pleased with my bake. Even Paul Hollywood would be impressed. I had taken some tubed blue icing and attempted to write Happy Birthday across the top. How hard could that be, I thought – high school girls who work behind super market grocery counters can to it. Turns out it’s harder than it looks, so, instead, I imagined a blue stream running through a hilly chocolate landscape and into a forest of trees created by a candle for each of my husband’s years on earth, which was quite deep forest. Later, after a dinner of imploding lasagna (lasagna is baked) I set the forest ablaze, sang the song, and cut the cake – loose yellow sand with a hint of vanilla. As my husband ate ice cream, what had for several hours seemed to be a cake and I crumbled in despair.

After decades of overworking dough and killing yeast, I can affirm that practice does not a baker make and it is not mind over batter. Producing a decent bake takes some talent, just like singing a decent song. But having no talent doesn’t stop me. I still bake, often while singing. And sometimes, a cake or a batch of cookies comes out well enough to suit my kitchen of low expectations. As for the singing, I don’t expect Christina Aguilera will be inviting me to appear on The Voice anytime soon, but I can dream. 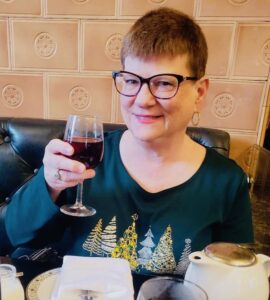 Grace Gibbons lives in the Mid-Hudson Valley of New York with her husband and Sophie the dog. She teaches college writing to aspiring chefs and bakers at the Culinary Institute of America in Hyde Park, New York. Her daughter Anne lives in Glasgow, Scotland.