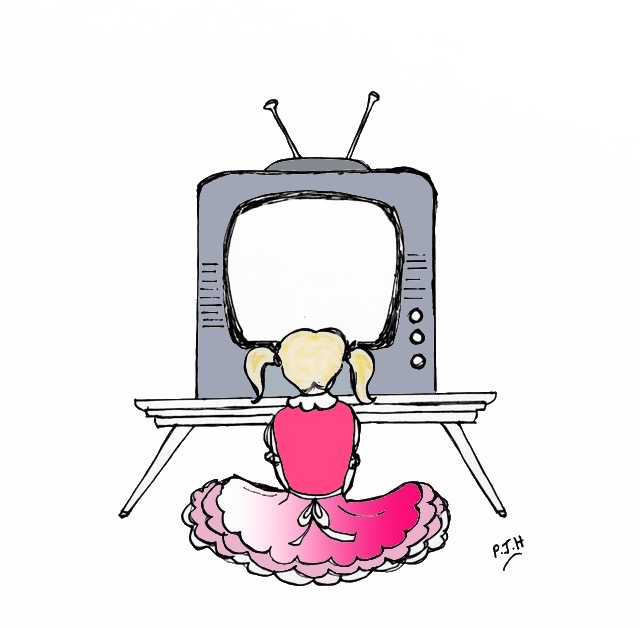 I first remember watching television when I was four years old. Our TV, a 17-inch RCA on four spindly legs, was in the basement. We had gathered to watch the annual Eaton’s Santa Claus parade.

The parade that made its way down Yonge Street in Toronto was nearing the end and the Mother Goose float had just passed. My parents, older sister and I were anxiously awaiting the anchor of the procession: Santa Claus in his sleigh pulled by eight reindeer. But I badly needed to pee.

Our only bathroom was on the second storey, so I raced up two long flights of stairs, did my business then hurried back down to the basement, only to discover that Santa’s float had passed and the parade was over. I was devastated.

Even though this, my first memory of watching television, had an unsatisfactory ending, I have nevertheless had a long affinity for it, because in 1952, the year I was born, the first Canadian TV stations were also born. My father, who referred to our television as ‘the idiot box’, never understood how I could sing the theme songs to most of the TV shows, but couldn’t remember the chemical elements on the Periodic Table.

My father wasn’t the only dad who was upset at how much time kids were spending in front of the idiot box. One night after his children had substituted TV for homework, Mr. Goodbrand three doors down, put an ax through his family’s TV. His point must have been made because his daughter went on to medical school.

I don’t often share the fact that I have watched Dancing with the Stars since its inception. Since moving to the UK, I have become an avid Strictly Come Dancing fan. But unlike some of my friends, I never binge watch – that is, spend the entire weekend splayed out in front of the TV watching three seasons of Grace and Frankie, Breaking Bad or Schitt’s Creek. My guess is that binge watching is accompanied by binge eating, the kind that requires a crane to hoist you off the couch by the end of a marathon session.

I winter in Arizona and one lazy evening I pushed the ‘Guide’ button on our remote control and scrolled down what Direct TV was offering us for a gazillion dollars per month. If I hadn’t been so shocked, I might have been amused: The Rule of a Flat Stomach caught my eye right away. I’ve been trying for one of those forever. And for anxious viewers, Do You Poop Enough? By Dr. Ho can really add to your insecurities. If you don’t poop enough, the program Trauma Down Under Organic Juice Cleanse will surely help. If your bowels are okay but your skin tone less so, then there’s How to Tighten Crepey Skin. No doubt the program Sex Please has a wide viewing audience, as does Sexy Flashing Flirts in Public. Long gone are the days when married couples couldn’t be seen in bed together on television. Poor Ozzie and Harriet didn’t have many adventures because they had to sleep in twin beds from 1952-66. One can’t help wondering how their sons Ricky and David came into the world.

It seems there is no end of useful shows for homeowners. Most people I know would love to know how to set up a ‘Full custom garage.’ For those who are not mechanically inclined but love to barbecue, the program ‘Best wood pellet grill’ would be well worth watching. And for folks who demand a sparkling clean house, who could resist watching, ‘New Shark vacuum offer’? One show is dedicated to answering the age-old question, ‘Why use a pressure cooker?’ Why indeed?

Another program that caught my eye was Sparkle in Silver Jewelry. I’ve always wanted to sparkle. I didn’t give a second glance to Rug Rats because having children (I assume that is what they were referring to) was never in the offing for me. I was also tempted to push the select button when I saw Women’s Extreme Wrestling: Felony Assault. Naw. Best stick to Strictly to see women throwing their bodies around. And if the state of the world and who leads it doesn’t depress you enough, How the World Ends will give you a sneak preview.

Television technology has changed dramatically since I bought my first TV set in 1976. Slim, flat-screened models have replaced those hulking boxes that you can’t even give away to students. I inherited my aunt’s console TV, a monster of a thing with a fuzzy picture but great sound. It found a permanent home in our guest suite over the garage and, when we sold our place, I asked the buyers if they’d like the set, free, gratis and for nothing. They declined so it found its final resting place at the recycling centre.

When we moved to our last house in Canada, my partner insisted that the largest TV she would tolerate in our living room was a 37-inch Panasonic Gao. Years later I was invited to one of my graduate student’s homes to watch the Master’s Golf Tournament. He had a flat-screen, high-definition beauty, and golf on TV had never looked so good. Greens were greener and close-ups of golfers revealed every sunburned line on their faces. While watching, I started to wonder how it was that the teacher had the crap TV and the student had the latest in technology. The following weekend I watched golf on my new, high definition, state-of-the-art model. Thank heavens for affluent graduate students.

Today, the first thing you see when you walk into a big box store is a wall of televisions. Forty-inch TVs were once considered big. The last one we bought was 48-inch, now regarded as medium-sized and dwarfed by the 86-inch home theatre system that must be housed in a home entertainment room complete with rows of matching swivel chairs. Owning one of these systems requires very deep pockets or a raging desire to see a close up of every skin pore on your favourite TV personality. If big isn’t enough, then you can opt for one with a curved screen or a 3-D effect that causes you to lunge off your armchair to catch a baseball being thrown toward you.

You have to be a technological wizard to keep up with all the gizmos that come with modern TVs. It took me several hours of reading the ‘easy set-up guide’ to figure out how to get our DVD player to run. Then we added a PVR to the mix so we could record shows. More time spent figuring out what wire went to what unit to get the damn machines to communicate with each other. Our Canadian TV was an LCD and, by current standards, a museum piece compared to the SMART LED model we have in Arizona. To be able to access Netflix on my museum piece I had to purchase an Apple TV box. It was another thrill ride getting the thing to work. Fortunately, Apple has a 24-7 support team at the end of the phone line, and for three quarters of an hour I spoke to a very nice man in India named Ansh who had difficulty understanding my accent. Since most children seem to be IT experts, I should probably have called my eight-year-old great nephew.

I have four remote controls sitting on the table beside my La-Z-Boy chair in the sitting room. No lie. In order to be able to turn on the TV, I grab the remote supplied by the cable provider. If I want to watch something on my DVD player, I have to hoist myself off my La-Z-Boy to put the disc in the player. From then on, I control the ship via remote. If I want to watch Netflix, I take the longer, slimmer Samsung remote and push the source button three times. But I’m not done yet. In order to power up the Apple TV box, I push the menu button on its small silver remote. Before I can watch my show of choice, I have to type in my user name and password. This involves actually remembering them and having the finger dexterity of a twenty-something sending text messages.

Sometimes – often – it’s really too much for this neophyte techie. I’ve considered giving up TV watching all together but, if I do, how will I ever find out who wins the next season of Strictly Come Dancing? 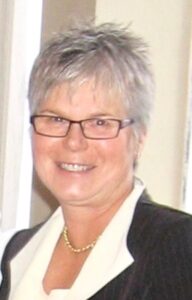 JE Crossman was born in Toronto and spent the majority of her adult life living and working in Thunder Bay, Ontario, Canada. She now lives in the UK. She has published short stories in anthologies and literary journals and has won prizes for her fiction and nonfiction. This is her third publication in Funny Pearls. Jane is a member of Exeter Writers and is a Professor Emerita of Lakehead University.