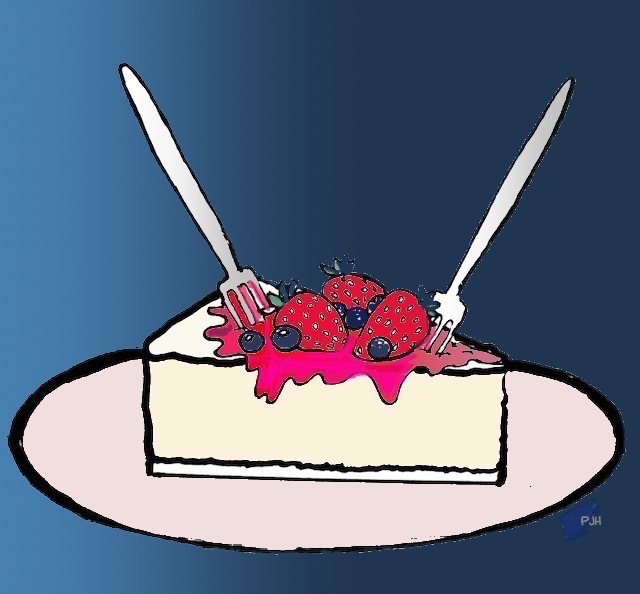 My father finished the well-done steak he’d covered with ketchup and told the waiter to take the plate away. He turned to my mother and nodded. She nodded back.

‘I’m going to the bathroom,’ my father said, and left the table. My mother reached into the breadbasket, unwrapped a few foil packets and mashed the ice-cold butter into the middle of a warm roll. She glanced around the restaurant to see if anyone was eavesdropping. Then she looked directly at me.

‘Sarah, your father wants I should make sure you know that having sex with someone who’s not circumcised can give you cancer of the vagina,’ she said quietly. Then she handed me the roll.

I stared at her, reached for the roll and nibbled the unbuttered edges. How do you react to something like this? I wanted to laugh, ask where they got their information, remind my mother that even though Mrs. Goldblatt’s son was interning at Mt. Sinai Hospital, his mother was not a medical authority. But I knew this was no laughing matter. My mother had used two words that were almost never spoken aloud in our family. If this weren’t such a critical issue she would have said, ‘You’ll get the Big C down there.’

It also meant my parents were acknowledging that their daughter might not be a virgin, or might not remain one now that she had her own place, and they wanted to be sure I was only involved with Jewish boys.

It was 1980, I had graduated from college a year ago, and, after endless arguments about the propriety of a single girl having her own apartment, I had finally worn my folks down. They agreed to cosign my lease (a requirement for a ‘nice’ place) and took me out to dinner to celebrate. There was no way I was going to admit that I’d already discovered that, in America, even non-Jewish guys were circumcised. They might have skipped the bris in favor of a baptism, but the deed had been done.

I finished the roll, looked my mother straight in the eye, and took a deep breath. ‘It’s okay, Mom,’ I said. ‘You don’t have to worry about me. I know what’s what. I can take care of myself.’

My mother nodded and reminded me that my room would be waiting if I came to my senses and returned home. Within a few minutes, my dad was back at the table. He looked at mom, she nodded, and he sat down.

‘So,’ he said. ‘Who wants to share a piece of cheesecake?’

Not long after that conversation, I was in my new apartment with a new boyfriend. Vanilla scented candles lighted the room. Miles Davis played softly through the speakers. A little pot, a little wine and soon we were both naked.

He looked at me and said I was beautiful. I smiled and coyly glanced at him. My eyes moved below his waist… I gasped.

OH DEAR LORD! I AM GOING TO GET CANCER!

I hoped he thought I had gasped because I was impressed. It was too late to back out.

The sex wasn’t good. I didn’t ask him to spend the night and he wasn’t anxious to stay. Afterwards, he didn’t call. I hadn’t expected him to.

I didn’t get cancer.

Jean Ende is a New Yorker trying to exorcise her past by writing stories about her immigrant family. Jean is a former newspaper reporter, political publicist, marketing executive, professor and a graduate of the City College of New York and the Columbia University Graduate School of Business. She has had stories published in print and online magazines and her work has been recognized in major literary competitions. She is working on her first novel and trying to find an agent.