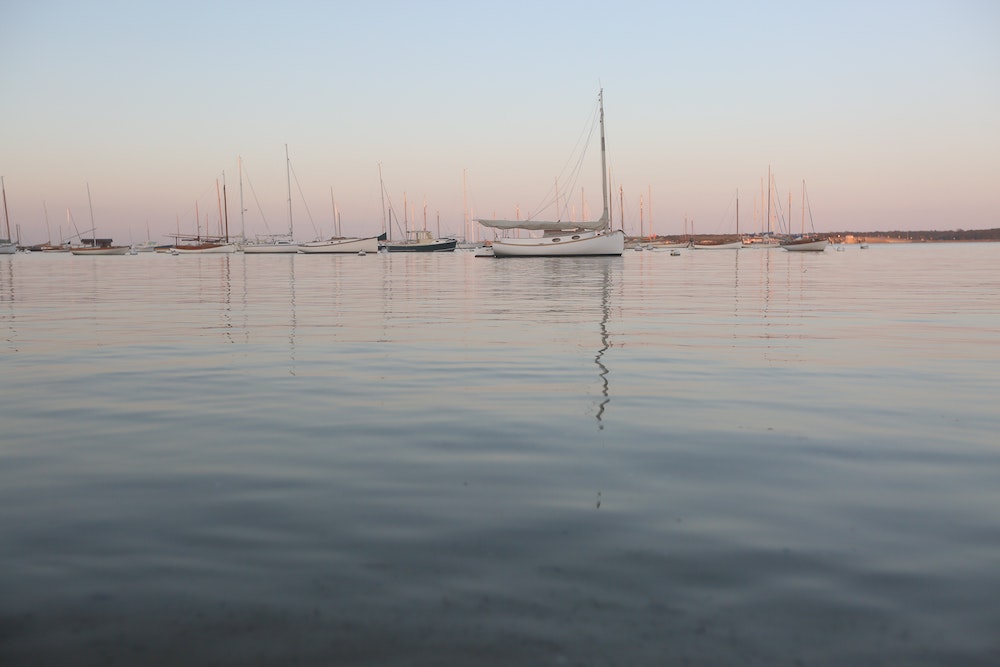 Irma proclaims herself to be a news junkie. Unlike myself, she reads the daily newspapers, paragraph by paragraph. She knows the names of senators, congressmen and major and minor judges. She knows who voted for which bill and whether they changed their minds. She knows Congressional districts and who changed voting statistics. She also brushes her teeth one at a time for two minutes after breakfast, lunch and dinner.

I once went to a therapist who speculated after three sessions that I never read a news story to its conclusion unless it continued only onto the next page. I knew it was no compliment. I confessed that I might read a story about a senator on page one but, if it continued on page five or, worse, required me to turn to a completely different section of the paper, I forgot about it.

Unfortunately, by some freak coincidence, Irma and I are often at the same dinner parties. She enjoys this because I’m one of the quiet ones whom she can educate. Often these parties start with conversations about books we’ve read or movies we’ve seen. Occasionally, we gossip about mutual acquaintances in a light-hearted way. Everyone relaxes. I observe how silent Irma becomes when people begin to enjoy themselves. I can almost hear the wheels in her head turning to the latest political catastrophe. She taps her foot on the floor. No one can hear it since most of us have carpets. But I am hyper-vigilant. I imagine her obsessing, asking herself when we will realize that catastrophe is just around the corner. Usually her eruption takes place in the middle of the main course.

‘Did you hear about the ferry that sank last night? And who was on it? Not people like us! And the bill we were plugging didn’t pass. And what about Chris Murphy?’

Bill? What bill? Who? Perspiration forms around my neckline.

Our conversations come to an abrupt halt. We start in on ferry disasters then continue to talk of ferries. We, the privileged, have travelled to Martha’s Vineyard, to Nantucket. Then we get onto the subject of car crashes, airplane near misses and, finally, crashes of planes we were slated to travel. We condemn one political party and then another.

‘Do you know what bill I’m talking about?’ She asks the group

‘Er, not entirely,’ someone always confesses.

Once in a great while I aspire to be just like Irma. I eat breakfast while perusing The New York Times and go right to political news, skipping the stories about Johnnie Depp and Bill Crosby. I read and read and read.

Once, at a party at Martha’s Vineyard, a young man came up to me. He was wearing a small turtle on his yellow shirt. Right away I was on the alert. He asked me if I’d read The New York Times Magazine that morning. I knew from the way he asked that this was a loaded question, and guessed that either he or one of his children had a piece in there. Perhaps he was related to Irma. I said I hadn’t. He went through a list: The Globe, The Washington Post, The Atlantic. Had I read them this week?

I suddenly had the same violent reaction to him and his questions as I feel towards Irma and her questions.

‘I don’t read those periodicals,” I lisped in a Marilyn Monroe whisper. ‘I watch the news on television.’ I tossed my hair and he instantly spotted someone across the room and off he went, leaving a wisp of intellectual arrogance in the air behind him. Oh Irma, what would you do if everything was okay? How would you survive a contented gathering, a sweet encounter, a tasty meal, a hilarious joke, a blissful marriage? I wonder whether I should sever our relationship. Should I ditch your angst? Or do you provide a sort of uneasy excitement?

I am home tonight with a cold. You are at Madge Floringer’s dinner party. It’s Seven-thirty. Irma, give them half an hour. I know that by then you will start to squint, your foot tapping will accelerate and, after only a few more seconds, you will open up your big mouth and, honey, if they are having a good time, you will knock them dead. 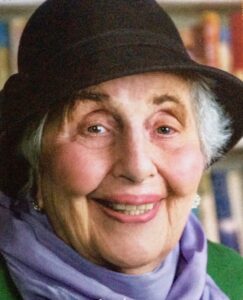 Joan Halperin has been published in Light Years, Passengers, Persimmon Tree and others. Now retired, she lives in Orchard Cove, a continuing care facility where she writes, paints, participates in improv and keeps in touch with family. Now in her nineties, she enjoys a vigorous life and urges all to pursue outside interests in a passionate way and so stay youthful.