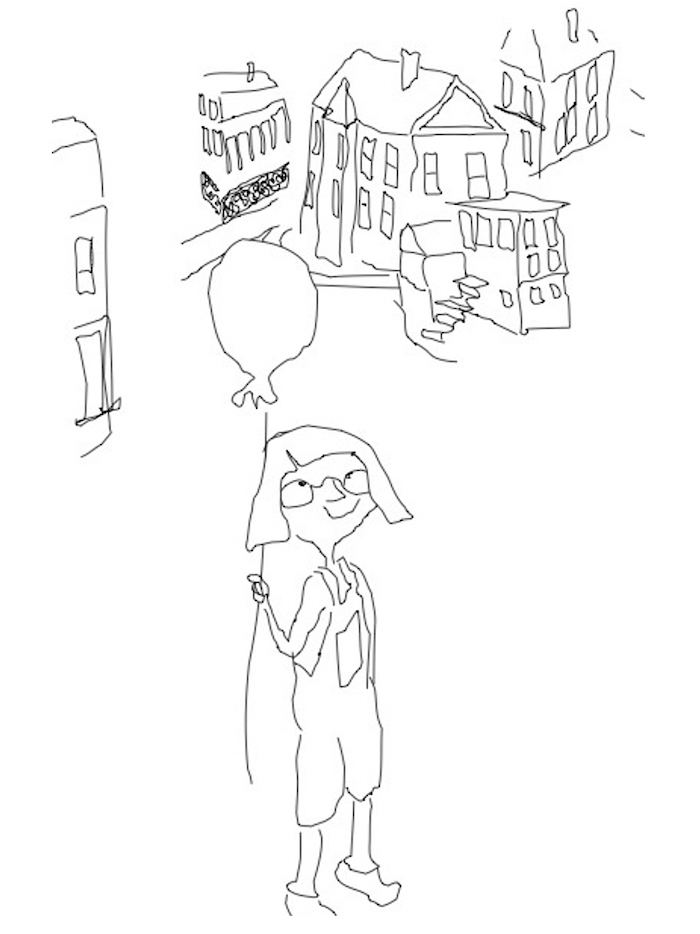 Mrs. O’Reilly sat at the kitchen table polishing the spoons, wondering where she had gone wrong. Pregnancy had ruined her dreams of becoming say, a philatelist or an astro-physicist. God forgive me, she sighed, but I wish I’d never had that baby.

Mr. O’Reilly worked long hours at the cinderblock factory. When he got home, he wanted nothing more than to have a cold Schlitz and watch a cooking show or the ballgame. For all the Saints in Heaven, he sighed, I work hard to keep a roof over our heads. Why can’t I just sit peacefully and watch TV?

When Forsythia was two, she asked, ‘Can I have a violin?’

Her mother grabbed her precious Belleek vase and said, ‘No, the sound of a violin could crack my china.’ Her father said, ‘No, if I have to plug my ears, I won’t be able to hear the ballgame.’

When she was three, her parents gave Forsythia an iPad so she could watch the TeleTubbies. Why do they treat me like a baby? she wondered. She ordered a violin on Amazon with her father’s credit card, which had fallen between the couch cushions during the seventh inning stretch.

Forsythia’s mother said, ‘If you want to play the violin, you’ll have to do it in the cellar.’

‘Fine,’ Forsythia said. The cellar was cool in summer and toasty in winter, especially over in the corner near the oil burner.

Mr. O’Reilly sat on the couch thinking about étouffée.

Finally, one day, Forsythia found a violin teacher online. Miss Skylark wore pretty dresses and painted her fingernails. Forsythia learned how to rosin the bow and play ‘Twinkle, Twinkle, Little Star’. Her mother screamed from upstairs, ‘Stop that! My Waterford Crystal is vibrating.’ Her father stomped his foot on the floor, ‘I can’t hear the play-by-play.’

Forsythia didn’t give a flying hoot and concentrated on the difference between pizzicato and legato.

By the time she was six, Forsythia had learned to play chromatics, harmonics, sul ponticello and col legno, even a bit of ricochet.

Forsythia opened the cellar window so the neighbors could hear the Paganini ‘Caprice No. 1’.

Word spread in the town and, one day, the mayor invited her to play at Town Hall.

On the afternoon of the concert, Forsythia put on her best party dress, painted her fingernails like Miss Skylark, took her violin and walked out of the house. Her father was keeping an eye on his bain marie. Her mother was dusting the Della Robia.

After the mayor’s glowing introduction, Forsythia closed her eyes and thought of her iPad, her mother’s Belleek, her father’s TV, the oil burner, and her dear teacher, Miss Skylark. She opened with Barber’s ‘Adagio for Strings’, then went on to Bach and Brahms and, for a rousing encore, a rip-roaring version of ‘The Virginia Reel’. The audience went wild. When Forsythia opened her eyes to take a bow, she saw a beautiful lady sitting in the front row. Miss Skylark was glowing with pride and offered to adopt her.

Without skipping a beat, Forsythia accepted.

Text and illustration by Kate Sullivan.

Kate Sullivan likes to play around with words, music, and pictures. She has written and illustrated children’s picture books ‘On Linden Square’ and ‘What Do You Hear?’, sung chansons at NYC Mme Tussaud’s Wax Museum, and her fugue-ish ‘Fugitum est’ was performed at Carnegie Hall by The Kremlin Chamber Orchestra as part of their tribute to Mozart. She also likes to paint ostriches and plays the musical saw to impress people. Her work has appeared in The Dillydoun Review, Rush Literary Magazine, North of Boston, and Writers.com. www.sullyarts.com