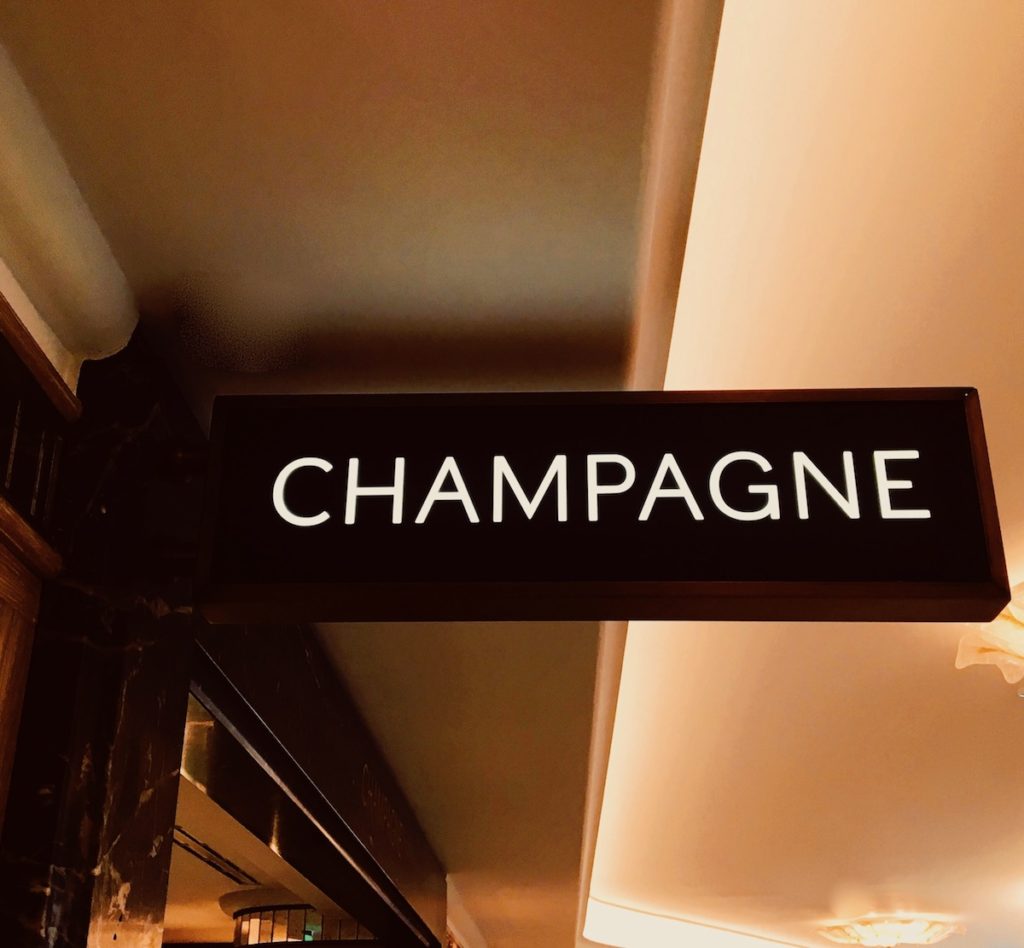 Her: Where’s the waiter? I’m desperate for a refill. Before Izzy’s relatives glug all the champagne. There are absolutely hordes of them. And you know what it’s like: If you don’t neck as much champagne as you can, it runs out fast.

Him: It’s not champagne. And don’t worry, they’ve got plenty.

Her: Oh my God, don’t tell me they’re serving prosecco? That stuff gives me a massive headache.

Him: It’s a Spanish sparkling wine.

Her: Oh, you mean like prosecco is Italian champagne, so this is Spanish champagne?

Him: Only sparkling wine from Champagne can be called ‘champagne’. But cava is considered to be just as good.

Her: Do you think cava will give me a headache?

Him: That depends how much of it you drink.

Her: Well, I won’t be drinking much of it at this rate. Where’s the bloody waiter? They never have enough staff at these things. I’m having lots of waiters and real French champagne at my wedding. No cheap Spanish knock-off.

Him: I see your principles aren’t stopping you from drinking the Spanish knock-off.

Her: Well, let’s be honest, if you drink enough, you can’t tell the difference.

Him: You said you were getting married?

Him: Yes. You said you’d be serving champagne.

Her: Oh no, I’m not actually getting married. I haven’t met the right guy yet. I meant at my theoretical wedding in the future-

Him: You’ll be serving theoretical champagne.

Her: Yes. And I’m having at least three bridesmaids. It’s weird how Izzy had none. Do you think that’s because Nick and Izzy didn’t want to pay for bridesmaids’ dresses?

Him: No, I think it’s because Isabella has a big family and lots of friends and it was too difficult to choose. So she decided to have none rather than hurt someone’s feelings.

Her: Ooh there’s the waiter. Oh no wait, he’s got canapés not bubbles. Bugger. It’s probably finished. Now it’ll be lager and chablis and a cash bar.

Him: The bar isn’t cash. Isabella’s father is very generous.

Her: He didn’t spring for real champagne though, did he?

Him: That might be more to do with his background than his wallet.

Her: God, what sort of background is that? Spanish sparkling wine. Honestly. Here comes the waiter! Damn, he’s serving sausages.

Her: And the waiter over there is literally serving wedges of cheddar on sticks. It’s like a children’s party.

Her: Hallelujah, here comes a waiter with bubbles. Quick, stick your glass out and look eager. Try to meet his eye. It’s like when you need another driver to let you in at an intersection. Roll down the window. If you don’t meet their eye they ignore you.

Him: Right. I’m rolling down my window.

Her: Oh bollocks. He’s just tipped the last drop into that fat woman’s glass. Who wears red lace to a wedding?

Her: Well you’d think Izzy would tell her own sister not to wear red lace. And didn’t she diet? Even I dieted for this wedding and I barely know them. I just work with Izzy. Oh Lord, I’ve just had a thought: maybe the sister did diet. Maybe this is her post-diet self and she’s still that fat.

Him: You know what, I’ll go and find a waiter.

Her: That would be fantastic. Remind me what your name is?

Her: Ooh, very exotic. And what do you do again, Lorenzo?

Him: I work in my father’s business.

Her: Nice. And what’s that then?

Him: Fernandez Food and Wine Importers.

Her: Oh, right, so that’s why you know so much about Spanish champagne. Well, yes, I’d love some more of it. Here’s my glass.

Him: Actually Lucy – was it Lucy?

Him: Actually Lucy, I’ll send the waiter over. I’m needed, I think, for photos.

Him: No, I’m Izzy’s brother. Izzy, Isabella Fernandez, now Mrs Nicholas Frost. I’ll get you that cava. And good luck with your theoretical wedding, Miss Atkins. Once you’ve found the right guy.

Philippa Hall is co-editor of funnypearls.com