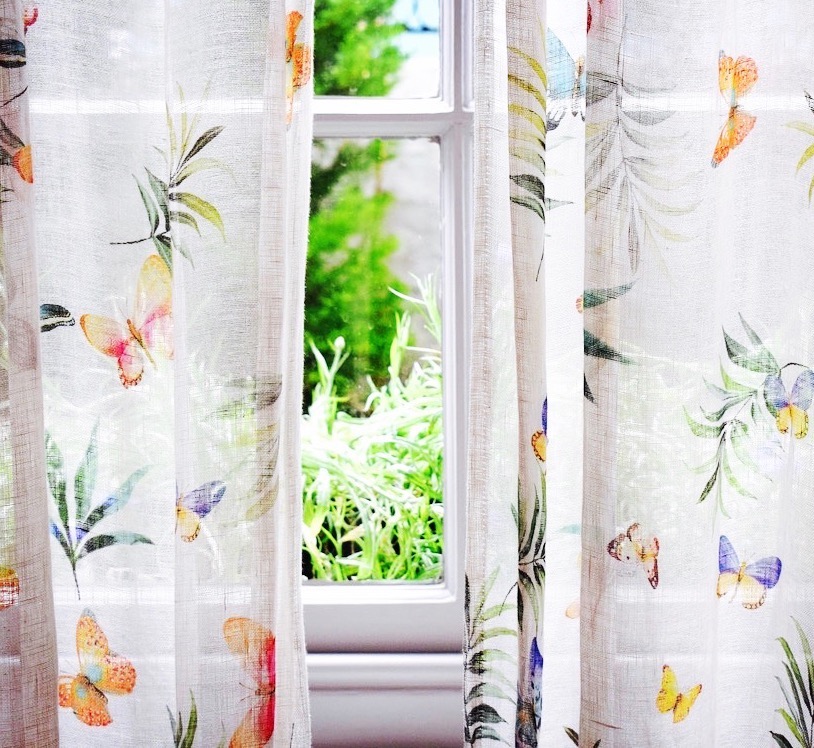 This is the house where Mary and Bill live. Look! There is Mary. She is waving goodbye to Bill. Bill is her husband. He is going to work in his little red car. See how shiny the car is! Bill washes it every Sunday.

Mary has gone inside. She will be busy today. She has to wash the dishes and tidy up. Then she must vacuum. Bill likes the house to be clean. Yesterday, Bill told Mary that there was dirt everywhere. He asked her what she did all day. Mary got cross and used bad words. Naughty Mary! But wait, there is Mary at the upstairs window. Can you see Mary? Mary is not cleaning. Mary is playing dress-up. Look! Today Mary is going to be a nurse. What a pretty outfit!

And who is this arriving? It is Bill’s friend, Eric. Eric has a big black car. Eric’s car is shiny. He has someone to wash it for him. Poor Eric. He doesn’t know that Bill has gone out. He will be sorry he has missed him.

Listen! Can you hear the doorbell? Eric is ringing it. And listen! What is that other noise? Oh, it is only Rover barking. He does that when the bell rings.

Here is Mary at the door. Can you see Rover? He isn’t there, is he? Mary must have shut him in the kitchen. Poor Rover.

Look! Mary still has her nurse’s outfit on. She must have forgotten about it when the bell rang. How Eric will laugh! Mary is giving Eric a hug. Eric must be upset because Bill isn’t there. Now Mary is inviting him in. She is a good wife, taking care of Bill’s friend.

Look! Now they are upstairs. Eric is undressing. He is going to play dress-up too. What do you think he will be? Oh dear. There must be nothing that fits him. Mary is taking off her nurse’s outfit. What a shame!

Wait! Who is this? Is that a little red car? Why, it is Bill! Do you see Bill? Bill is parking his car behind the big black car on the drive. Bill knows this car because Eric is his friend. Bill is surprised. He wonders why Eric has come to see him when he knows that he is out. Bill is suspicious. That’s a long word, isn’t it? Do you know what it means? Well, it is when grown-ups think something is going on. Bill wants to know why Eric is here with Mary. Don’t worry, Bill! They are playing a board game. Well, we think they are, don’t we? I do hope they have finished. It would be a shame to stop before the end. Maybe they could let Bill join in. That would be nice, wouldn’t it? We should never leave our friends out, should we?

Look! Bill is at the front door now. He is opening the door with his key. Bill is being quiet. He wants to surprise Eric and Mary. What fun! We all like surprises, don’t we?

Do you think Bill is going upstairs? Yes! There he is at the window. He must have run up the stairs. Can you see how red his face is? He is waving at someone. Who do you think it is? Well, it’s Mary and Eric of course. Hello, Mary! Hello, Eric! They must be pleased to see him.

Listen! Can you hear the shouting? Yes, of course you can, because Mary and Bill’s house doesn’t have double-glazing. Bill is too mean. Bill says he cares about the planet but he cares more about his wallet. Bill is a hypocrite. Another long word! You can look that up yourselves, can’t you?

Look! Now Bill and Eric are playing wrestling. Mary is pulling them apart. She must be the referee. They are having fun, aren’t they? Can you hear that? No? It’s gone quiet, hasn’t it? But wait! Is that Rover? Yes, it is. Rover is barking. Bill must have let him out of the kitchen.

And look! The door is opening. Here is Eric. He is leaving the house. Oh dear! He has forgotten his clothes! He will be cold, won’t he? And he won’t have his car keys, will he?

Eric is running down the road. See Eric run! And look! Here comes Rover! See Rover run! Rover is a big dog, isn’t he? They are having a race. Who do you think will win? Do you think it will be Rover? Yes! You are right. Oh dear.

Bill is still at the door. Mary is behind him. Her eyes are red. She must be sad that the games are over. Bill has Eric’s car keys. What a shame he didn’t give them to him. What is this? Bill is scraping Eric’s keys all along the side of the shiny black car. That’s not very nice, is it? Look! Mary and Bill are closing the door now. Mary will want to tell Bill all about the fun she has been having with Eric.

Haven’t we had an exciting day?