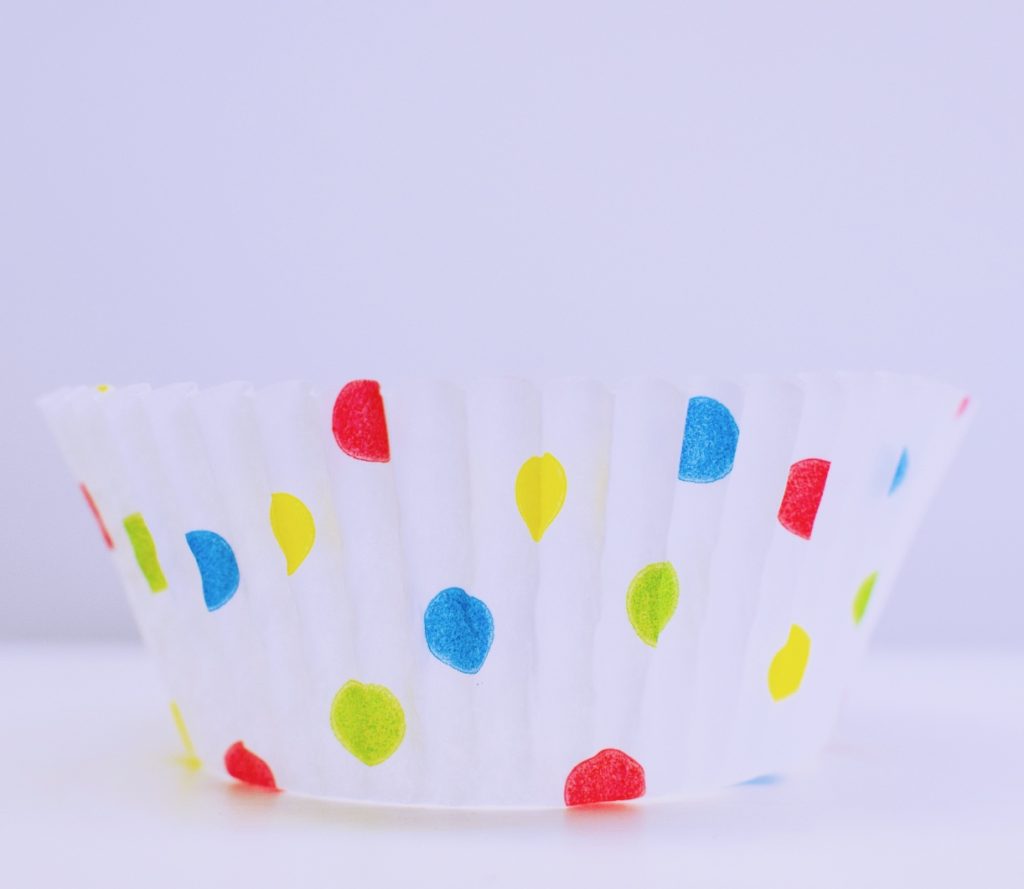 The bell rings out, signalling freedom. For fifteen minutes at least. Break time on any other day means I’m swamped by children asking questions or sharing their teenage dramas. But Fridays are different. Fridays are special. Friday is the cusp of the weekend and that imminent joy is compounded by the mouth-watering promise of cake.

I take huge, determined strides as I navigate along the corridor. I sidestep gaggles of hormone-infused students. If a flippant swear word reaches my ears, I’ll be caught. I dodge a thoughtless colleague pushing a piece of paper in front of me. No time for CPD now. He’s batted away like an irritating gnat. I swerve around a Year 7 who beseeches me with his eyes. No, I do not want to see how much phlegm you have in your mouth. Not now. Not ever. Don’t make eye contact with anyone. My focus is entirely on getting to the hallowed ground of the staffroom.

My stomach growls, mixing with an air of nervous gnawing anticipation. What cake has been brought forward to the sacred altar of Cake Club today? Who is the blessed individual on the list? Certain names bring more fevered anticipation than others. Is it home-baked or bought? I don’t think I can deal with it if someone tries to fob us off with biscuits again. It’s Cake Club for Christ’s sake. And if I have to deal with damn coconut macaroons again, there’ll be detentions all round for the remainder of my lessons.

It’s the final straight. I’m on the long corridor that leads to the staffroom. I’ll have to keep my head down and barrel through any obstacles. Several doors line both sides of the gauntlet. I keep dead centre, marching purposefully past the opening doors. Any door could open the possibility of derailment. I duck under a thrown ball of paper. I didn’t see it. It doesn’t count. I don’t need to stop to tell anyone off. I skip over the legs of three Year 9s sprawled in the corridor, their eyes fixed to their screens. We gladly ignore each other.

The door is in sight. I’m almost out of the danger zone. Opposite the staffroom, two Year 8s are in the recognised position that leads to a flicking fight. I don’t need this right now. They have the unmistakable air of mischief about them. I cast them such a look that renders all words redundant. They lower their poised fingers. Disaster averted.

With joy in my heart, I push through the heavy double doors to the sanctity of the staffroom.

And there it is, sitting gloriously in the centre of the coffee table. Proudly, its spongey goodness shines out, blinding us mere mortals who dare to look directly at it. A good six inches tall, the layers of sponge, jam and cream merge together like a symphony. A light dusting of icing sugar as the crowning glory almost brings a tear to my eye.

A most victorious, Victoria Sponge.

Homemade. Even better. This is what we live for on a Friday. I know I’m not alone. The staffroom is more populated on a Friday breaktime than if Ofsted were on the way. Teachers mill about, grabbing coffee to go with the baked goodness and making idle chit-chat. But I know why they’re there; we all know why we’re here.

Scanning the room, I make a quick mental calculation. How many staff waiting for cake? How much cake available? Sufficient sponge for all? I must show my working out. I think I’m safe. The cake is big, and if we are sensible about it, we should all get some; we should all get through the day. I sigh, relieved.
And then I see her. The elephant in the room.

She’s been here long enough now, though. She’s deliberately refused to add her name to the list of cake disciples. She knows it’s there, but pen has made no contact with paper. The shiny, yet somewhat crumb littered, sheet of A4 sits on the table next to the cake, devoid of her name. A stark signal of her blatant disregard for the basic rules of Cake Club. Barbarian.

And she’s done it again. She lifts the ginormous slice to her mouth. My eyes widen as I take in the magnitude of her crime. That slice is no slice. It is a chunk, a wedge, a slab of the salacious sponge. The absolute audacity.

Everything happens in agonising slow motion. Her shiny red lips open wide in anticipation. She squishes the soft sponge into the gaping hole. The structure gives way. Fresh cream splurges out the sides.

Her jaw circles like a cow chewing the cud. A glob of cream sits at the corner of her mouth, escaped from the fate of its comrades. She doesn’t notice at first. She is embroiled in a conversation with a tweed-suited man from the Geography department. He doesn’t even notice. Like a snake, her tongue curls out and collects the creamy fugitive. It’s sucked back in with a slurp that I can hear from the other side of the room.

The conversation continues, and she holds the remainder of the cake above her lap. With no plate. Not even a napkin. I cannot deal with this vulgarity. She gestures to her companion. With the wave of her hand, a morsel of cake is inadvertently thrown loose from the main body of the wedge.

The morsel rises through the air with reckless abandon before tumbling southwards. Down and down. Down towards its impending doom. It settles with a soft thud on the worn, grey carpet-tiles of the staffroom floor. On the floor!

I feel my stomach turn.

She lifts the remnants of cake in her hand back towards her mouth, unaware of the fate of that forlorn, lost fragment of sponge, never able to fulfil its pleasure-giving destiny. She stuffs her handful carelessly away, without ever seeming to savour the concoction of flavours.

My resolve hardens. I know what must be done. With a deep breath, I walk over to where she sits. Then I realise, the swarms have arrived. The cake is surrounded. A flurry of cutting, dishing-out, laughing. This is no laughing matter. I cannot see the cake. There are too many bodies in the way. She will have to wait. I have a more pressing problem.

I sidle around the group of scientists, dissecting their slices. I try to infiltrate from the left. They close ranks on me. The panic rises in my chest. I catch a of glimpse of the cake between shins. It’s disappearing.

I try the other side of the table. I squidge myself between two Historians. This is the last stand. I can see the plate. There is a single slice left. A mere sliver, truth be told. But I’ll take it. Anything is better than the unthinkable alternative. With a desperate shove, I push myself within arm’s length of the holy grail. Only to be faced with my nemesis.

She blindsided me. While I wasn’t watching, she switched round to the other side. And here we now are. Face to face. Opposite sides of the coffee table. A single slice of cake left amongst the dregs of crumbs that are fossilised reminders of what once existed there.

She smiles at me. She knows I know. Her red lips betraying none of the sponge and cream that they’ve already devoured.

“Oh, do you mind?” she requests with fake sincerity, “I forgot my lunch today.” She’s already squishing the sponge between her sticky fingers. My heart sinks like an under-baked sponge and my stomach growls in disgust at my gutlessness. 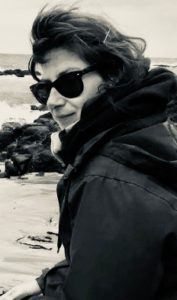 Katie is a writer, drummer, dog devotee, adventurer and cake connoisseur. She can be found at http://www.vintagegnome.blogspot.co.uk or Twitter: @k_isham

More from The Food and Drink Issue: