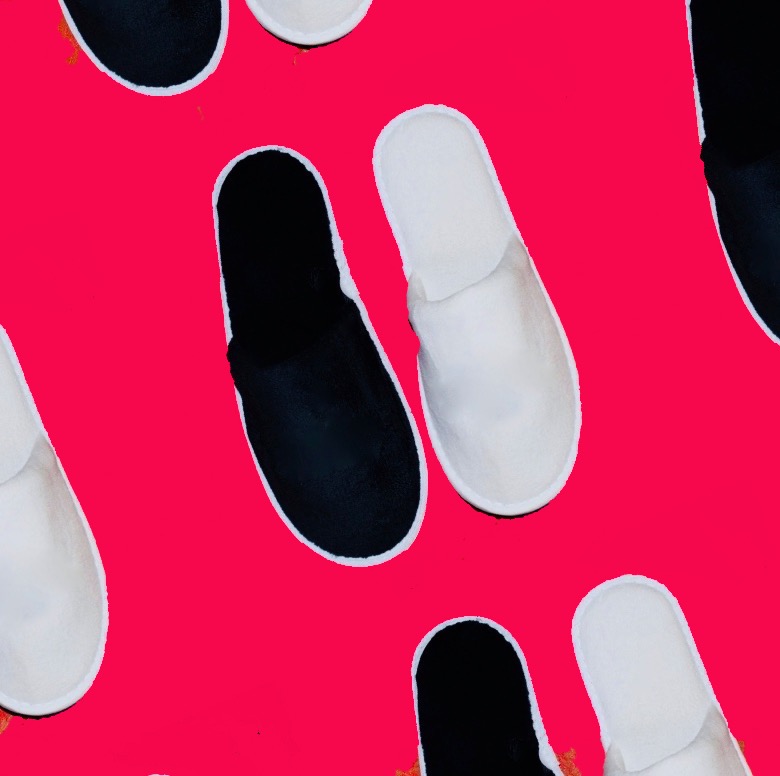 For twenty minutes, I lay like a human toffee – sticky and wrapped in cellophane. An aerial observer might have thought me a human sweet, laid bare for consumption by alien overlords. I breathed, but my skin did not.

The massage therapist had warned me of this.

In more than a decade of adulthood, stress had forged knots in my muscles and sanctioned fatigue to settle into my skin. The spa had never held any allure for me, even though everyone spoke highly of its calming effects. I hadn’t even endured the rigours of a facial apart from the one before my wedding, and so many years had passed that the anti-aging brigade might have raised several alarms if they set eyes upon my maturing face.

But one fine birthday I woke up to a pleasant surprise – an email from a close friend in Toronto gifting me online vouchers to a popular spa. I printed them out and left them on my writing desk, where they gathered dust, while wrinkles and cellulite jostled for prime real estate all over the vast expanse of skin that so became me.

A week before the vouchers met the unfortunate fate of death by expiry, my husband and I trod our weary way up a spiral staircase to the first floor of a building in the vicinity of Osho Rajneesh’ ashram. We stepped into a decorated foyer that sapped our breath. Hourglass vases sat aglow in small triangular alcoves lit by a soft light at their base. Delicate Chinese flute music lilted in the background, dulling my senses even before the first cricks in my neck had been eased out.

A fashionable lady in her fifties sashayed in and swept past us, wearing white pants, a printed chiffon top and sunglasses. I didn’t need to glance out a window to know she was aiming for the “ironic” look, as the sun had long since dipped below the horizon. She demanded a “dehydrating” facial. The receptionist adjusted his glasses. Did she mean “hydrating”? Uh, yes, she stuttered. He looked past her faux pas and instructed a uniformed female attendant to show her inside.

She swished away in a flurry of white and chiffon while we handed over our vouchers to the receptionist. His name, we learned, was Samuel. He, in turn, rewarded us by foisting a voluminous leather-bound brochure into our hands, one that conjured fond memories of my wedding album. We leafed through glossy images of men and women (mostly women) lying flat on their stomachs as smooth hands kneaded their glowing backs, their eyes closed in an expression of supreme bliss.

Samuel unravelled the stories behind our days, one question at a time. My husband and I stayed tethered to our work desks for nine hours a day. A throbbing lower back and achiness in the calves therefore came as no surprise. Samuel turned to the page that depicted an aromatherapy massage for my husband, and for me, he pointed to a coffee “scrubassage”. It would work wonders, he said.

The scene with the “dehydrated” woman was repeated. A uniformed female attendant – my prospective massage therapist – conducted me past the frosted glass doors into a passage that led to the massage rooms. True to the Indian conservative culture, the rooms were separated by gender – ladies on the right and men on the left.

Inside, a massage table bearing leather cushioning and a tiny leather pillow awaited my sleeping physique. Dark wooden cupboards lined the left side of the room. An enclosed area in the corner served as the shower. My massage therapist gestured to two flimsy scraps of cloth on the table, requested me to change, and left the room. I felt grateful, for I wanted no witnesses to the spectacle of my transformation from fully-clothed respectable woman to half-naked blubbering idiot. As I suspected, the pieces of cloth laid out were a pair of near-transparent undergarments. The bottom bore an elastic waistband, which might have stretched to fit a trim whale. A long translucent strip of gossamer, wide in the middle and tapering at the edges, served to conceal the chest. I tied the ends behind my back, my days of learning Gomukhasana from my yoga teacher springing back into memory.

Just as I tied the last knot on my makeshift bustier, a knock sounded on the door. I let my massage therapist in and lay down on the table. She draped a sheet over me, covering me from the waist down. The texture of the sheet resembled the cloth around my chest.

For the next hour, I lay like a puppet in her hands. The sound of her fingers whooshing over my skin filled the room. Her palms slid up and down my thighs, and the cellulite packed deep into my flesh wobbled.

The scent of the oil she used almost overpowered me, so much so that I felt my sinuses had cleared. The room and the oil and the entire establishment reeked of optimism and wealth and I decided it suited only the idle rich to indulge in spa massages. I resolved never to visit again, once the girl eased out the kinks that my seventy-hour workweeks had produced.

Using her expert fingers, she etched circular coil shapes around my navel, a curious manoeuvre that rendered me ticklish and breathless all at once. It struck me as a good move to introduce into conjugal sessions.

She worked her way up to my collarbones, where her index and middle fingers slithered towards my neck in what I assumed would end in a Vulcan nerve pinch that would knock me out. My fears were unfounded – I remained conscious and that move stayed within the realm of science fiction.

The leather pillow destined to cushion my head wobbled during most of the session. To compound my misery, it rubbed against the leather of the massage table and produced noises that sounded not unlike those issued from the rear end of a flatulent bovine.

At the end of the massage, my hair had turned greasy. The girl suggested I shower and slid open the doors to the cubicle before I could protest.

Inside, I located the body wash dispenser and pressed it, but no liquid spewed forth. A few more jabs suffered the same result or lack thereof. I rang the bell to hail my saviour. She heard my complaint and returned with a bowl filled with a gooey substance which I presumed was the hitherto missing body wash foam.

After a quick shower I stepped out, dried myself, and lay back onto the massage table as she instructed. This time, she applied a scrub of coffee that felt like the roughest of sandpaper running jagged edges along my skin.

That’s when things took a darker turn and I found myself wrapped in a body bag.

After holding almost twenty minutes of this comatose position, I was unwrapped, much to my relief, and herded into the shower a second time.

When I returned to the lobby, fully-clothed and smelling like lavender, one of the attendants handed me a feedback form. I noted down the sad lack of body wash in the dispenser.

My husband skipped out from his own massage, looking fresh and dewy. We paid the bill with our vouchers and were heading for the door, when Samuel stopped to hand us our membership cards. I stepped out of the spa, feeling light, relaxed, and eager to find myself swathed once more in a sheet of plastic. 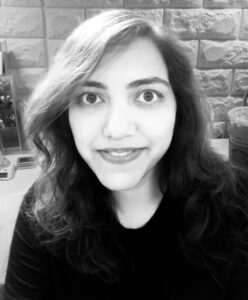 Gargi Mehra is a software professional and a mother living in India. Her essays have appeared in ;The Writer magazine’, ‘Literary Mama’, ‘So Glad They Told Me’ by Her Stories Project, ‘Cocktails with Miss Austen’, and other literary magazines across the world online and in print. Her humor pieces have been published in ‘The Offing’, ‘The Submittable Blog’ and ‘Huffington Post India’.