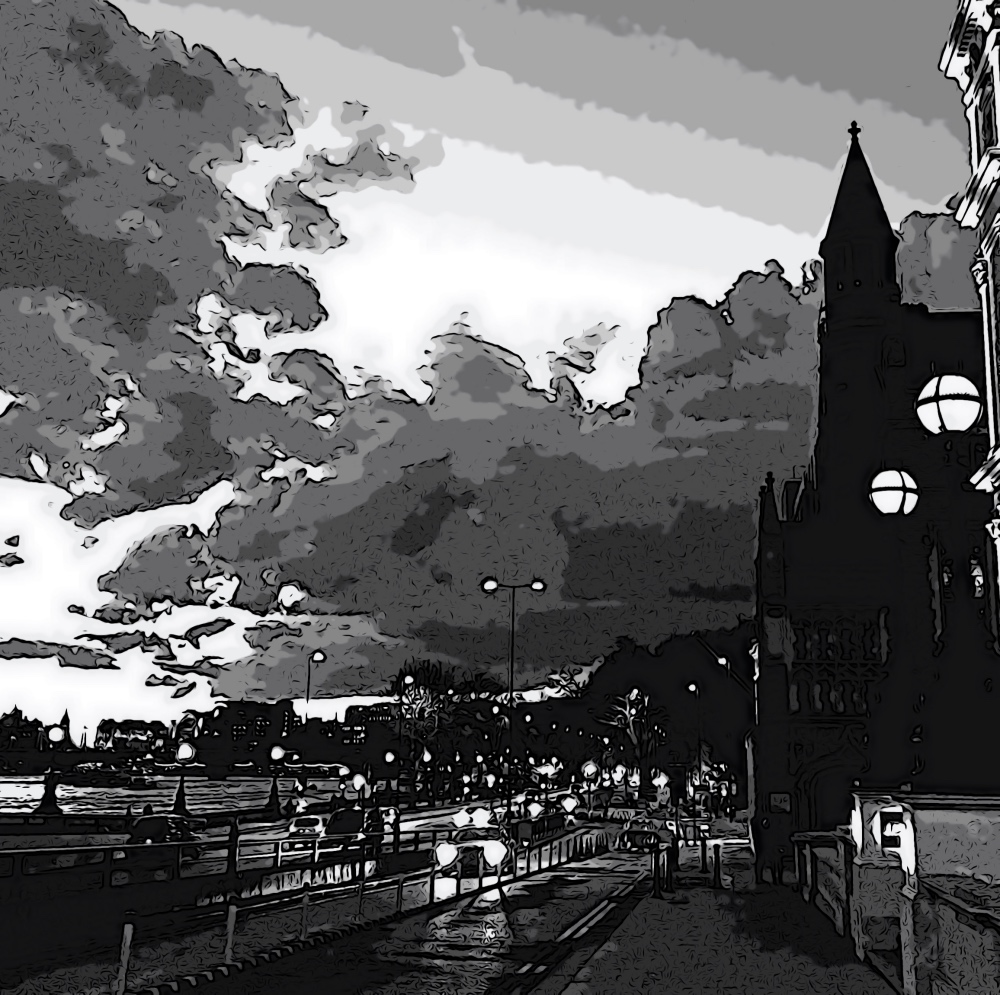 My heartbeat stabilises as the nightmare fades. I dreamt that there was a pandemic and that my city was in lockdown.

Wait. There is a pandemic. And my city is in lockdown.

I reach for the iPhone on my bedside table.

I won’t even pretend that I’m going to make a cup of tea and wash it down with two ginger biscuits. I have no work scheduled for tomorrow. Or any other day.

At first the rosé tastes a little off. That is what happens when you indulge so soon after having brushed your teeth and gone to bed. But things improve by the third sip and I settle on the sofa, hugging a buffer cushion to protect myself from the world.

I switch on the news, as has become habit in recent weeks. The presenters are not all equally apt at reading a graph, but it doesn’t matter. The numbers are frightful and I am scared for everybody.

In between reports of the pandemic’s travel across the world, the networks fill up with hypotheses about why we are in this situation. As for who to blame, we can take our pick according to our usual preferences: China, The World Health Organisation, a bat and his family (will Batman be renamed?), God, the government, or just other people. Everyone but the virus. I’m thankful nobody knows whose fault it really is.

‘You didn’t cause the pandemic,’ said my mum when I confided in her on the phone yesterday. Reassuring words until she followed them up with: ‘You’re not that important, darling. Nobody is.’

She’s wrong. The universe has a problem with me. I am not allowed to be happy. In particular, it has decided that I am never to own a silver frame with a picture of me in a white dress next to a man who looks delighted.

‘That’s not the universe,’ wrote Patti, when I introduced my suspicion to her in a text message. ‘It doesn’t operate like that.’

Her capacity for believing what she reads in books with sunrises on their covers is as fascinating as it is annoying.

‘The universe isn’t like your God. It doesn’t punish,’ she wrote in a second message.

I’m going to leave Patti to herself for a few days. The insinuation that I deserve punishment is insulting. But she’s right. I just haven’t worked out what I’m being punished for.

The rosé bottle is almost empty, and an expert wearing a beautiful suit has returned to the screen for the third time. (He comes on after the shortened sports segment in the news rota.)

I switch off the sound and consider texting Stacey. But it’s too early. Since ending it with John, she’s started sleeping eight hours a night without interruption. The pandemic forced him to isolate in Tunbridge Wells, and Stacey made the most of the opportunity. ‘Lockdown’s been good to me,’ she wrote on Facebook. The comments varied. Some thought the post insensitive, considering the global suffering. Others – those who had met John, I imagine – gave a thumps up.

Never open the second bottle, Joseph used to say. But that was long ago and he is dead. And there’s a pandemic. I fetch another bottle of the raspberry stuff.

My thoughts are getting entangled as semantics disrupt their substance. And perhaps the wine is having an effect too. What if it really is God who is punishing me? He and I have yet to settle the matter of whether or not we believe in each other.

God. The Universe. Maybe ‘The Force’ is a better term. It leaves things more open to interpretation.

The Force is throwing everything at me to ensure my eternal singlehood.

First, it gave my best friend a terminal illness, eliminating my desire to spend time with anybody else. Then The Force raised an invisible wall that kept good men away until The New Yorker found a narrow gap and slipped through. But after the initial magic, my self-sabotage led to an understandable breakdown of communication which lasted until New Year’s Eve. We made plans for March. But The Force unleashed Covid-19, and now I must maintain this precious relationship through audio-FaceTime. I told him there’s a problem with the software, but the truth is that I don’t want him to see my hair. Love isn’t blind.

I’ve knocked the bottle over. There are splinters of raspberry glass everywhere.

Elizabeth Sand is a regular contributor to Funny Pearls. ‘Fiasco’ is the penultimate episode in her serial ‘Monsters in the Night’.