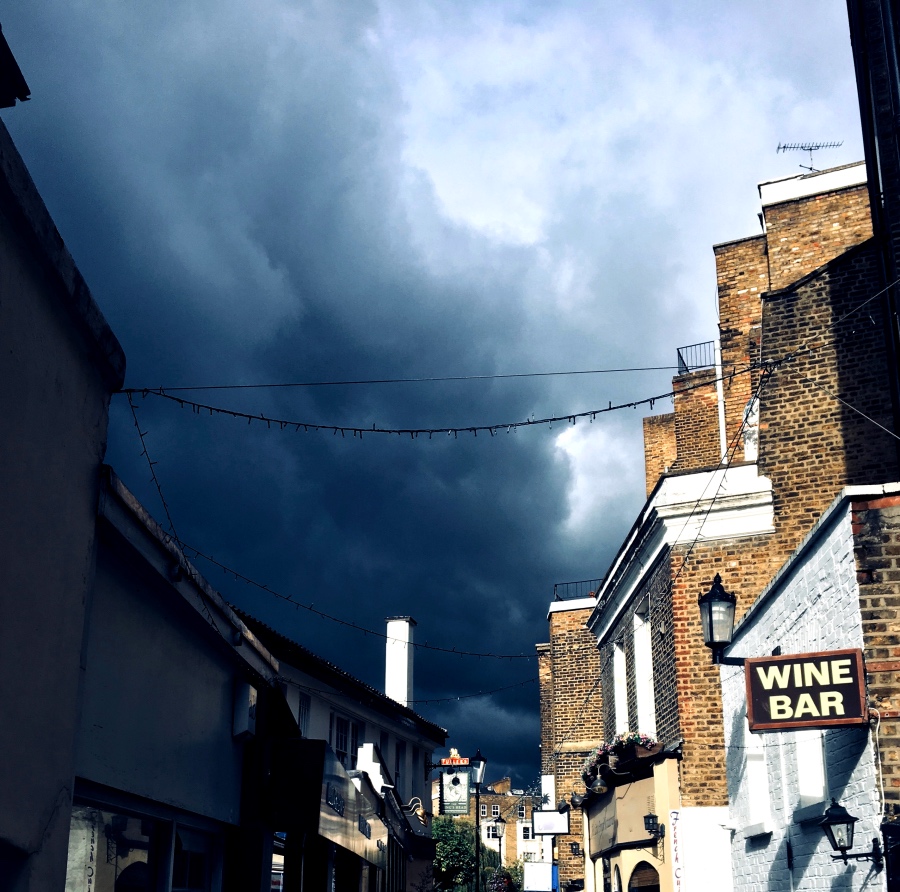 The final episode in our long-running story about the life and loves of Lizzie, serial dater and insomniac.

The New Yorker smashed my clock radio. He carried it into the front garden, placed it on the steps and whacked it three times with my hammer. The noise brought Mrs Niedermayer and one of the other neighbours to their curtains, but I didn’t care. The old monstrosity belonged in one of those museums where people gush over dial-up telephones and sets of wooden spoons from the 1970s. But the museums are closed and besides, I wanted the radio gone for good this time. Its space-travel style red digits shall torment me no more. It was bad enough when, during my sleepless nights, they represented countdown to the mornings. But since the beginning of the Covid-Age, the digits have come to represent the countdown to my end. Which they are, of course. With every minute that passes we all get closer to death. It’s just that I’d prefer not to be reminded of it all the time.

Afterwards, we walked across Battersea Bridge up to Chelsea where we had dinner in ‘our’ Italian restaurant. It’s the New Yorker who says ‘our’. In any other man I’d find that creepy in the early stages of a relationship – on a par with an invitation to meet his parents. Maybe another Sunday, darling! But I’m in love with The New Yorker, so he is allowed to say ‘our’ and ‘we’ and ‘when this is all over, I would love us to visit Scotland’. I understand and appreciate this language, although I do not speak it yet. I cannot do so for fear of jinxing this new and precious relationship. (It should probably bother me that, despite having so little faith in the power of my positive thoughts, I am nevertheless convinced that a wrong word out of my mouth will change destiny for the worse).

‘I haven’t been to a restaurant since March,’ I said, as we took our seats at a small table in the middle of the empty restaurant. The sight of the red and white chequered tablecloths made me feel like crying.

The waiter smiled behind his shield as he handed us menus and apologised for the limited options. The New Yorker said we were just happy to be there, while I wondered how many of the waiter’s colleagues had lost their jobs.

The New Yorker ordered Barolo and began explaining how New York City is no longer the Big Apple but the Big Rotten Apple. Garbage-ridden, crime-ridden, 80s-ridden. Desperate street-humans mixing with rats who struggle to believe their luck. I’d seen something about that on social media, but dismissed it as alarmist stuff related to anti-lockdown sentiments.

‘I’m afraid not,’ said The New Yorker. He looked sad. Then I took his hand. And then he smiled. Imagine that.

I’d picked him up at Heathrow at ten am on a day of firsts. My first time on the tube since lockdown. My first time at the airport since lockdown. My first time anywhere other than the high street and the park since lockdown. I cannot say that it was nice to be back, because I wasn’t back. New London has no buzz. Just former coffee shops and furious neon hair. Wary eyes scan the pavements as people rush towards shops, avoiding eye contact wherever possible. Eye to eye communication has become weird since we lost our lips. It makes me feel that I have outgrown the planet. I, who have feared death since I first learned that it was a certainty, am grateful for the first time in my life that I won’t have to stay here forever. The world is my old school and I am the former pupil wondering how she and her friends ever fitted into such small chairs.

After dinner, I ask if he wants to watch all my least favourite television programmes and he says he thought I’d never ask. We make it five minutes into News Night.

As I lie in bed afterwards, running my fingers through his hair, I marvel at the miracle. This man, despite being handsome, clever and collected, gets my weird jokes and understands my craziest thoughts.

And then it strikes me: maybe we’re both just ordinary.

Elizabeth Sand is a regular contributor to Funny Pearls.