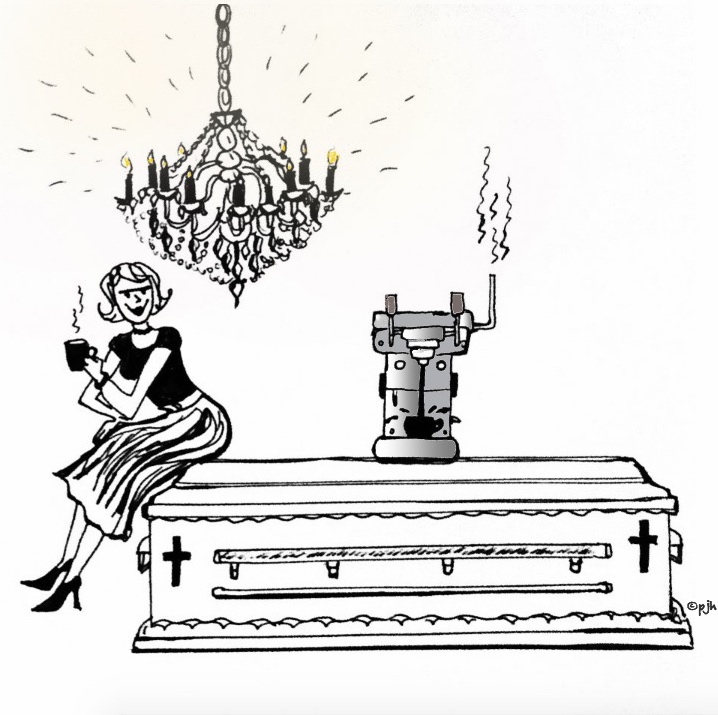 The new neighbours have finally moved in. Downsizing apparently, now that the kids have grown up and moved out.

Oh yes, I told the woman – Stella her name is, Stella Carmichael – we did the same thing.

Well, Derek gave me a right funny look, which I can understand because we’ve lived here a full twenty-eight years. Truth is, I felt a bit flustered in the face of this Stella woman, standing there on our crazy paving driveway wearing a real mink coat. In July!

If Derek doesn’t stop going on about his precious Nescafé, I’m going to ram it where the sun don’t shine.

Try new things, I tell him, a change is as good as a rest.

Well, the cheeky sod grumbled that he gets a long enough bloody rest waiting for me to make coffee on this new-fangled machine of mine. It’s the same one Stella’s got. She says all the best barristers use it. I didn’t know those legal folk were coffee experts too, but it makes sense with all the reading they do, I suppose.

I met Stella’s daughter, Sophia, today. She’s a model living out in Paris. Made me feel like a right dumpy cow standing next to her, but she’s ever such a lovely girl. Very cultured. I told her my son was an underwater ceramics technician over in Brighton. He’s a good lad, our Steven, but I could hardly tell them he’s a pot washer at The Eagle now, could I? And I’d just die of embarrassment if they ever heard about the shampoo incident in Slough.

Besides, I told them his name was Henry.

St Lucia is a stunning place. Stella and her husband are on holiday there. She keeps sending me photographs of the beaches, the palm trees, the cocktails and, get this, her in a bikini. At her age! Derek and I are at my sister’s caravan in Norfolk, but I found this chap on the internet who’s really good with that photoshop thing. I’ve sent a few snaps to Stella of us soaking up sun and culture in Tuscany. You should see the villa we’re staying in! It even has its own butler to serve me cosmos by the pool.

The funeral was amazing. Such a beautiful send-off; the church was packed. Stella spared no expense and was very composed, despite the shock. His coffin was inlaid with real gold and inscribed with memories from each family member. A lovely touch, I thought.

I’ve got the coffin catalogue under my pillow. I think I’ve chosen the perfect one. My Derek’s still fit as a fiddle though – apart from that worrying peanut allergy. 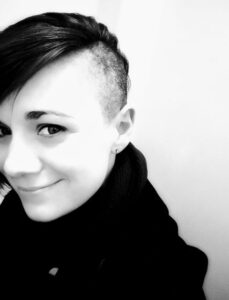 Morgan Quinn has started writing again for the first time since she was a teenager. In doing so, she has discovered an affinity for flash fiction – mostly because it is all she has time for in between teaching, wrangling her many sons, and procrastinating deeply. She has recently joined twitter @voxishwrites but isn’t really sure what to do with it, yet.