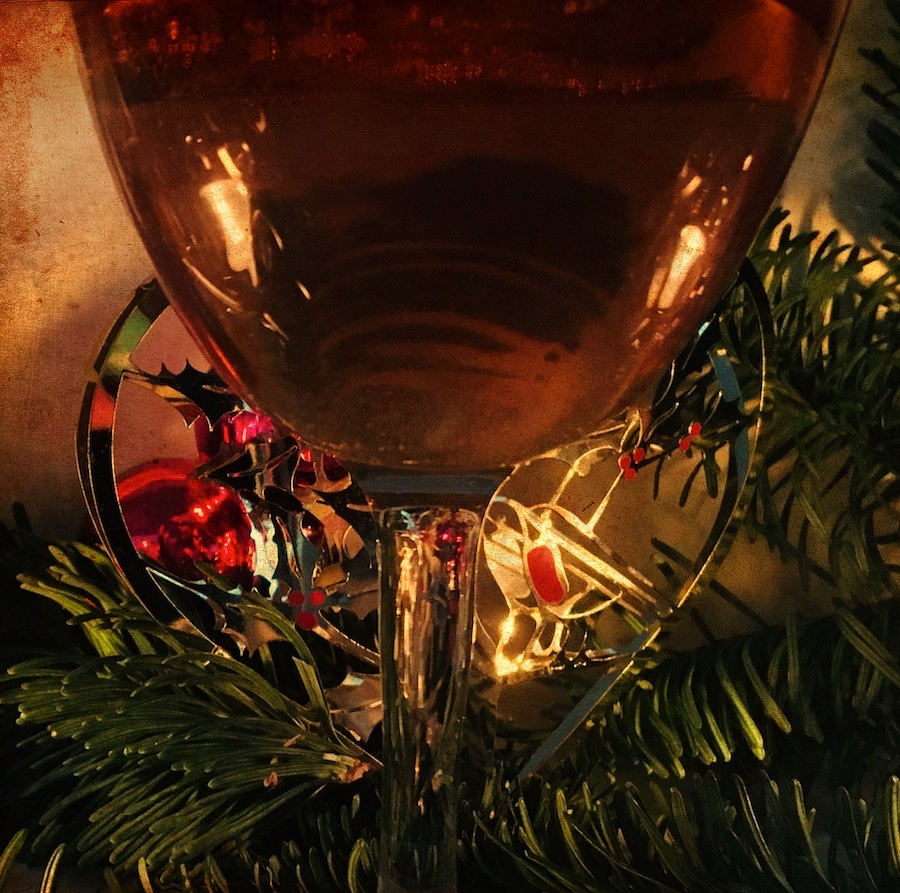 Dad and I used to visit Gran every Sunday afternoon after she moved into a nursing home in 2008. The warden of her retirement flat had concluded that Gran was no longer safe living on her own. Dad told Gran that she was off on her holidays. He couldn’t face telling her the truth, which she wouldn’t remember in any case.

As a six year old, I found the nursing home a grand and foreboding place with its tree-lined, winding drive, cathedral-like doors and huge bay windows. I vividly recall the smells of bleach, stale furnishings and lunch. But what stands out are the unexpected incidents.

In the warmer months we used to sit on the terrace. Invariably, Gran, wrapped up in her cardigans and blanket, whatever the weather, would peer up at the roof line.

‘Who’s that?’ she asked every week without fail.

Dad didn’t have the heart to say it was a chimney stack. ‘Oh that’s Mr Chimney Pot,’ he would reply.

‘Well, what on earth is he doing up there? Tell him to come down at once!’

Dear Gran liked a glass of sherry and she was particular. Cheap own-brands wouldn’t do. She liked it so much that, at one point, the management asked us not to bring her any more. A small glass would be made available for a fee at dinner time. Dad chose to ignore this request. Contraband sherry was smuggled in every Sunday, an act of subterfuge usually entrusted to me: ‘They won’t suspect you.’ And the gift was always warmly received: ‘Ah, lovely, good. About time too.’

One weekly visit, a rather fierce staff nurse burst into Gran’s room just as she was slipping the latest delivery down the wall-side of her bed. ‘Clink, clank’, against the metal bed post. Dad didn’t know where to look.

‘Joy, would you like a cup of tea and a biscuit?’

‘No, thank you. I’d bloomin’ well like a glass of sherry!’

Dementia is not a laughing matter. But Gran shone through it, living up to her name.

After dinner she used to sneak along her corridor to gatecrash her friend Joan, who had a television. They specialised in watching soaps while gleefully savouring much sherry. If their conversations ran anything like the ones we shared with Gran, they will have gone round and round the houses but ended up laughing about the same thing, repeatedly.

Once, they planned a day trip to Oxford, about ten miles away on the S1 bus. They set off after breakfast, slipping out while staff attended their morning briefing. They unhurriedly greeted the receptionist, who was, luckily for them, on the telephone.

‘We are just going to take the air!’ Gran announced and, like two schoolgirls, they wandered out of the building, meandered down the half mile drive, and calmly sat themselves in the bus shelter at the site entrance awaiting the hourly service. Imagine the driver, confronted by the pair sporting slippers, cardigans and blankets, with no cash or passes, and by this stage no idea where they wanted to go.

‘Do you stop at Bex Hill?’ inquired Gran. At which point another rather flustered nurse and a bemused gardener arrived to collect and return the intrepid explorers in an estate buggy.

It is with just a tinge of regret on our part that internal locks were subsequently fitted to the tops of the nursing wing’s doors.

Gran died on Thursday 1st December 2011. At the funeral I read a short poem, standing in front of her little coffin at the Oxford crematorium. Following the reading we were to sing All Things Bright and Beautiful. But there was silence. One of those deafeningly awkward, over-long silences. The minister calmly waited at the lectern. Mum looked at Dad. Dad looked at Mum.

‘I’m terribly sorry’, called out the flustered organist, ‘I cannot find the sheet’.

Her embarrassment and subsequent shuffling and rummaging softened the moment. We smiled. And finally, we sang. Whether Gran would have enjoyed the delay, I am not sure. I like to think so. However, she would have approved of the refreshments served to friends and family afterwards at a local pub which included a glass of fine, old sherry.

Dad cannot bring himself to say ‘goodbye’ to Gran, so her ashes reside in the garden shed. Mum and Dad talk to her every time they collect the pruning shears or watering can, and now another Mr Chimney Pot looks down on her.

Chloe Hall is an 18 year old full time student with the Open University reading for a BA degree in English. She grew up near Oxford and now lives in the West Country where she enjoys reading, chatting, dog walking and eating chocolate. Chloe is a new writer.