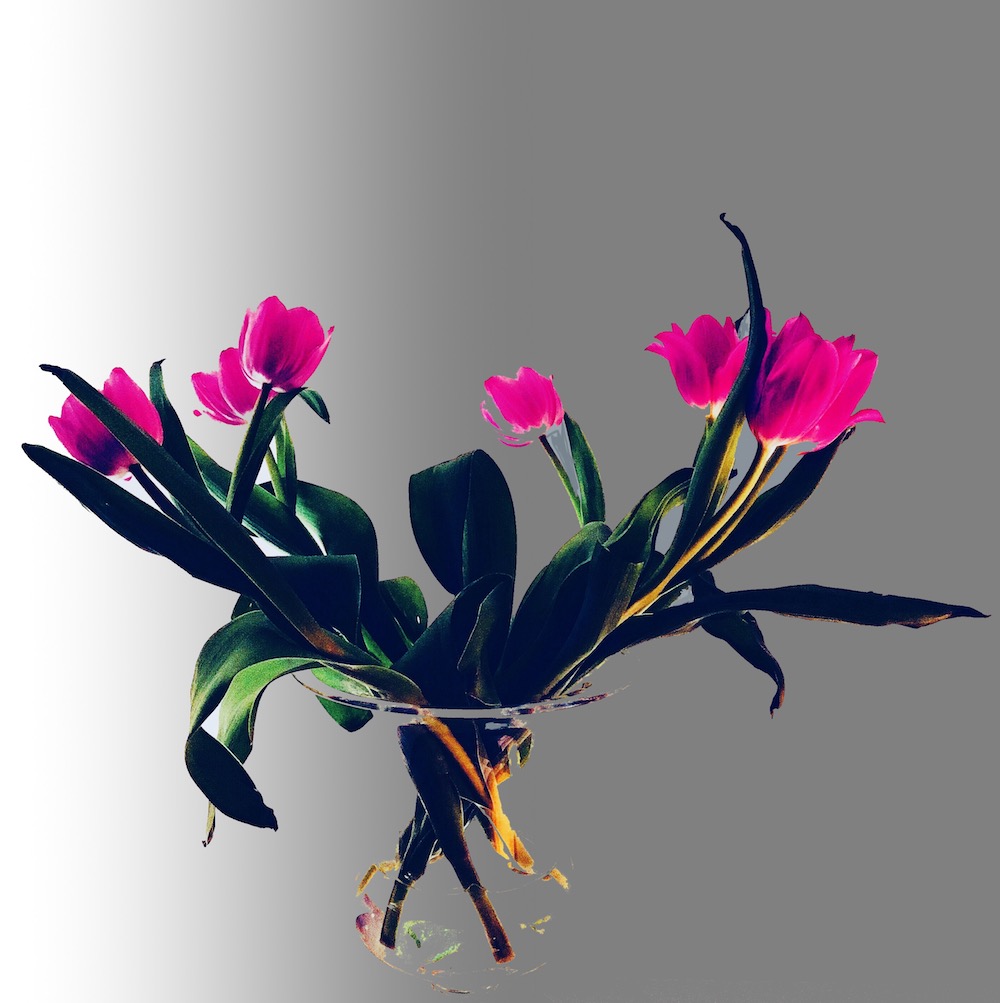 ‘Can there be a better way to start the day than with a green smoothie?’

Kate looked across the kitchen to where her husband Rob was filling the liquidiser jug with spinach, cucumber, kale and spirulina, whatever that was. He switched on the machine and watched in satisfaction as the separate ingredients whirled into a homogenous whole.

Yes, thought Kate, there are lots of better ways I could start the day: easing into the morning with the radio on and my eyes still closed; a cup of tea in bed with a good book; perhaps even a little gentle sex. She kept these thoughts to herself, however.

‘Mm, lovely,’ was the best she could manage.

She feigned enthusiasm as Rob dispensed her a portion of slime, and she tried not to gag as it slithered down the back of her throat. She swallowed hard. Rob let out an exaggerated exhalation to confirm his delight at the concoction he’d created, then wiped his mouth with the back of his hand.

With more energy than was necessary, he flung open the front door and set off at a ridiculous rate. Kate watched as his tight buttocks bounced off into the distance.

It hadn’t always been like this. Not that long ago, Rob would have been content with a weekly game of golf and the occasional session of five-a-side with the lads from work. That was before he turned thirty-five.

The day after his birthday he had announced his intention to ‘take stock before it’s too late’, a resolution that had resulted not only in a complete rethink of his diet, but also such total commitment to healthy living that it made Kate weary just thinking about it. He was like one of those former smokers who, having given up a sixty-a-day habit, was now preaching the gospel of clean living to anyone who’d listen, and many who just couldn’t get away in time.

Kate, on the other hand, was content for now to rely on good genes, a sensible approach to diet and lifestyle, and some long weekend walks with her sisters and their dogs to keep her body and soul in an acceptable condition. After all, she was a couple of years younger than Rob, a fact about which she never tired of reminding him. Nevertheless, she hadn’t wanted to discourage him from taking a little more care of himself.

Kate sighed as she blinked in the ridiculously early morning sun, then followed her husband along the pavement, pacing herself for what she knew was to come. After about half a mile she caught up with him. He was performing flamboyant lunges with one foot resting on a low garden wall. She feared for his groin.

He didn’t wait for an answer, but set off again in the direction of the park. Kate didn’t want to fall too far behind, but nor did she want to peak too soon. Rob dropped back until they were running side by side.

‘Talk to me,’ he instructed. ‘You should be able to keep up a conversation while you run. It’s how you can tell you’re not overdoing it – not that you ever do.’

Kate did not laugh.

‘What if I’ve got nothing to say?’ she grumbled. ‘I haven’t got my brain switched on yet.’

‘That’s the ticket,’ Rob said, oblivious to Kate’s tone. ‘Talking and jogging. Excellent. Let’s pick up the pace, shall we? And you might want to loosen up a bit.’

I’ll loosen you up in a minute, she thought. Nevertheless, she did as he suggested and managed the rest of the run, if not with ease, at least without keeling over.

On alternate days, Rob went for a swim. Kate refused to join him, drawing the line at chlorinated hair in the cause of cardiovascular fitness. She pacified him by saying she’d do a power yoga class on You Tube.

She lied, of course. As soon as he had set off with his trunks, goggles and nose clip wrapped securely in a towel tucked under his arm, she would roll out her mat, then put on the kettle and reach for her book. She set the timer on her phone, so that 10 minutes before Rob was expected home she could clear away the evidence of her laziness and head for the shower to complete the illusion of having taken an online class.

Thus they continued week after week. Rob supplemented what he called the ‘gentle outings’ round the park with sessions at the gym, where he would pound the treadmill into submission and take part in classes with terrifying names that included words like combat, crunch, grit and pump. She preferred to stick with Fantasy Yoga.

Every other morning, then, Rob would wait for Kate on the doorstep. At the start of this regime, she had found his childlike energy endearing, but that had worn off ages ago. Now it was simply annoying and she was finding it harder and harder to keep her feelings hidden.

When that week’s Wednesday Workout called, Kate squeezed into her Lycra, downed something disgusting from the smoothie-machine and steeled herself for another dose of patronising comments masquerading as encouragement.

As she stuck her nose out of the door, she was dismayed to feel a thin drizzle in the air. She groaned, but set off along the slippery pavement. A couple of times she almost lost her footing.

They turned into the park. Up ahead, she could see Rob leaping from foot to foot as though playing hopscotch. Too late she realised he was actually dodging dog turds. She landed her whole foot in a pile of unpleasantness, made all the more spreadable by the dampness and, like a minor celebrity from Dancing on Ice destined to be eliminated in week one, she fell on her backside, legs in the air.

Alerted by her yelp of pain, Rob stopped running but kept jogging on the spot, just in case something seized up.

She tried to brush the muck off her hands and examined the state of her legs. They were covered in dollops of what, judging by its size, must have been expelled by an Irish wolfhound, or possibly a Shetland pony.

Rob turned on his heels, gave a wave and shouted, ‘OK. See you back at the house. Don’t use all the hot water.’

And then he was gone, without looking back.

Two days later, bruised but not excused Friday Fitness, Kate trotted along behind Rob, muttering under her breath about slave-drivers and unrealistic expectations. With uncharacteristic perception, he must have sensed something was wrong, because he slowed down to let her catch up.

‘Are you struggling this morning, sweetheart? Let me watch you run for a few metres so I can see what you’re doing wrong.’

Too annoyed to respond beyond a harrumph, Kate jogged on with as much dignity as she could muster while Rob trotted behind her. She could hear him commentating.

She ploughed on, not trusting herself to speak. Her inner fire built while Rob continued with his helpful observations.

‘Yes, I see what your problem is. You need to relax into it. Draw your shoulders down, Lengthen your stride. You’ve got this.’

Do you know what? I have got this, thought Kate.

Fuelled by anger and empowered by what she now realised was weeks of training, she did as she was told. She relaxed, she increased the length of her steps and she powered off down the road.

‘Well done. You’re doing great. Keep going.’ It was at that point it dawned on him she was pulling away. ‘Kate! Kate! Wait for me!’

But she didn’t. She realised she was doing what Rob had been wittering on about all this time: she had hit her stride. Behind her, Rob’s plaintive voice grew fainter and fainter.

Home was now in sight but, instead of turning into the drive, she picked up even more speed and just kept on running. 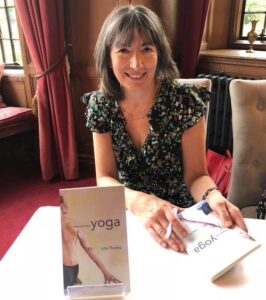 Julia Thorley is a freelance editor and writer. She can also sing a little, dance a little, play the piano and the ukulele, and sit in the Lotus position, though not necessarily all at the same time. She may be found lurking on Facebook (@JuliaThorleyAuthor) and Twitter (@JThorleyAuthor).