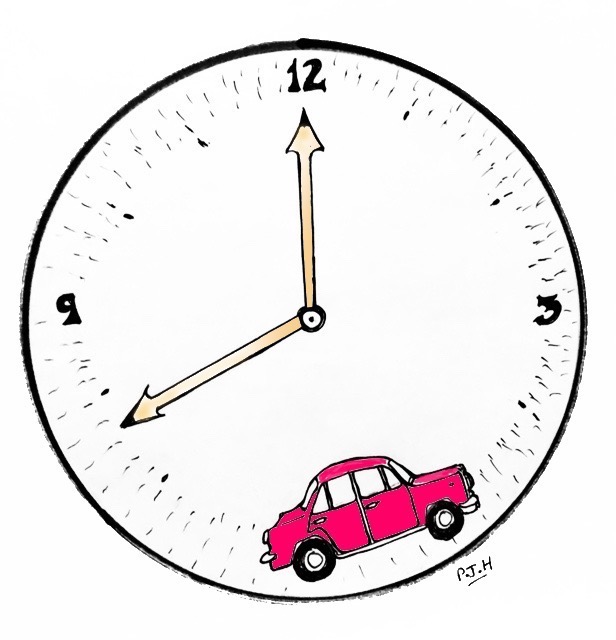 ‘Hello, Uncle? Yes, we’ll be there in ten minutes. I’m calling from my cell phone.’

That was over twenty years ago – my husband, who I fondly call ‘the Spouse’, was talking to an uncle who was waiting for us to visit him. I rolled my eyes at my father who was with us in the car, and he grinned back. The Spouse was the proud first-time owner of a cell phone, which had recently been made available commercially in India. Few had one, not even those who could afford it. An outgoing call cost Rs 6 per minute and an incoming Rs 4. I suspected then that the Spouse was showing off, but now I take the kinder view that he was reassuring Uncle that we had left on time and that he felt compelled to mention the cellphone because, had he been calling from our landline, Uncle would have thought we had not yet departed.

It’s 2021 and, without a cellphone, life seems impossible. Technology, intended to make us more efficient, has resulted in some collateral damage, turning us into avid statisticians, tiresome nitpickers and tedious precisionists, not to mention adventurists reveling in interactive touch-screen displays next to the wheel. The Spouse has turned into an accuracy fiend.

‘I’ll pick you up. I’ll be at your office in ten minutes. I’ll give you a missed call when I’m four minutes away.’ And, as soon as I sit down in the car, ‘It’s been seven minutes since I arrived. I don’t mind waiting, just saying.’

‘Seven minutes? But I left five minutes after your call.’

‘I was just sharing a joke with the boss. I didn’t think it took so long.’

‘How do you know so exactly?’

I blink, not figuring out the obvious.

‘I know all the exact distances on our regular routes. We’ll get home in four minutes or less.’

‘Uh, okay!’ I say, bemused at what has now become an everyday scene for the past twenty years, punctuated by arguments, explanations, whipping out and brandishing of cell phones, checking, confirming, rejecting, sulking.

We are setting out for a long drive, returning home after visiting my family. It usually takes five hours without a ‘bio-break’ and six hours with one, cuppa included. Other variables include traffic or the lack of it, the condition of the roads and time taken to eat a snack or a meal – accounting for ordering, getting the food, and washing our hands. Until last year, payments at the seven toll booths en route were manual, but now we have FasTag which takes anywhere between one minute and three, depending on the number and size of vehicles ahead of us. If it’s a loaded lumbering lorry or two, a rickety old bus or a hulking SUV, followed by three or four cars the same size as ours, it’s usually three minutes. The bulky ones take time to move, be it at a toll booth or a traffic light. Most traffic signals display the number of seconds they take to change colour but the booths don’t have that facility.

‘Hmm… We’re 80 km away. We should be home in an hour and fifteen minutes,’ the Spouse announces.

‘Oh, just 75 minutes, then? We’re not doing a kilometre per minute?’

The ETA is duly broadcast to Mother, Brother and Sister-in-Law.

But it is a hot April afternoon and a holiday because of Election Day, which serves to deplete the city roads of their hustle and bustle. So we reach home much earlier than expected. Thirty-three minutes earlier. It’s not even 4 pm.

Aargh! I’ve called her on her landline, an ancient instrument with a poor display. ‘Ma, it’s me!’

‘Ah, yes, so you’ve reached home? Did you get there all easy and safe?’

‘When? What time did you arrive home?’

‘What? Were you speeding?’ 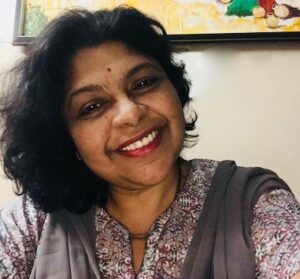 Sravanthi Challapalli is a writer, editor and journalist based in India. She has been published in The Hindu Business Line where she worked for many years, The Hindu, The Telegraph, as well as Bengaluru Review. She is trying to keep her 14-year-old blog, When My Soup Came Alive, alive.