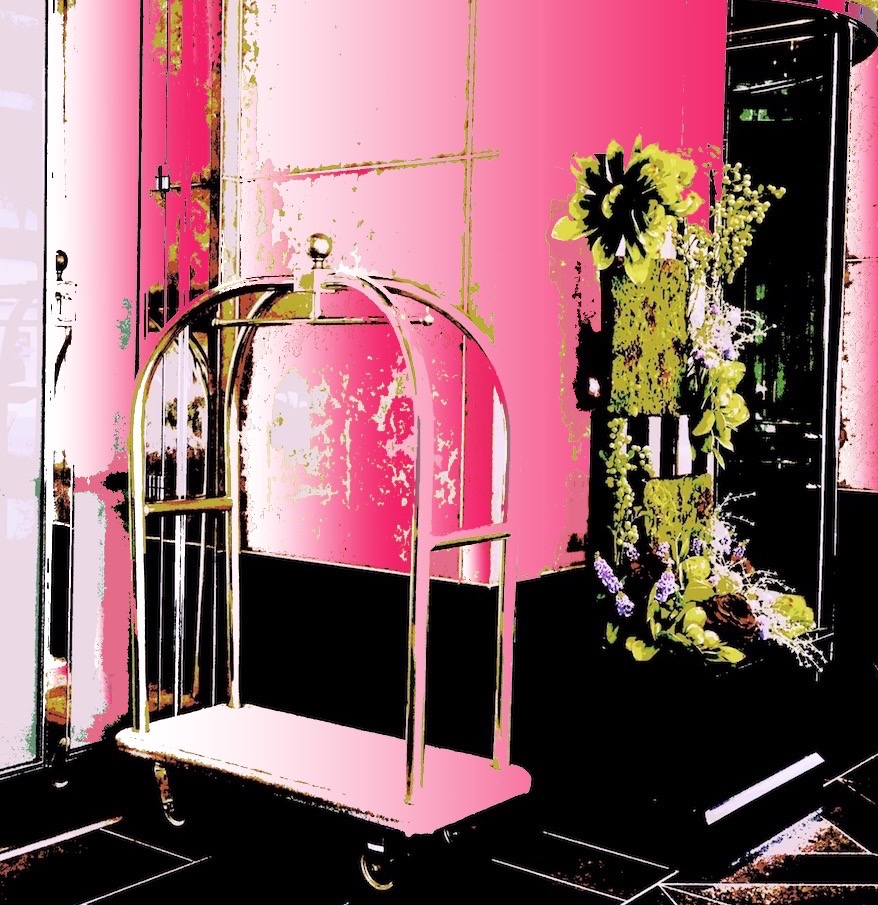 What sort of woman wears stuff like this? Alone in her hotel room, twenty-two-year-old Jess squints at triangles of lace-trimmed silk and picks up the matching bra. When it comes to underwear, she’s more Eleanor Oliphant than Ann Summers, but it may be a case of ‘needs must’.

She unpacks the suitcase, holding up each item. There’s a whole beach-babe ‘capsule wardrobe’ here: big brands, nothing cheap. It’s all far skimpier and more look-at-me than she’d ever choose, but the tags are still attached and everything’s near-enough her size.

Jess considers the pile and frowns.

She’s only been here a few hours, having pitched up in the early hours after the flight from hell from Luton and a bone-shaking taxi ride. Thankfully, her driver had the foresight to phone ahead, so a bored-looking guy – more security-guard than receptionist – grudgingly let her in.

She completed the formalities quickly.

‘I reported it at the airport, and they said when they find it, they’ll deliver it. Can you let me know when it comes?’

He grunted and handed her a key.

That’s obviously a ‘no’ then, she thought. They exchanged a terse goodnight.

This is Jess’s first holiday in a very long time: a last-minute, 10-day Spanish getaway, dirt-cheap because it’s miles from the sea. Considering its cost, she’s delighted to find her room is modern and clean and spacious. Even the bug-zapper works. I’ll explore it properly tomorrow, she thinks, surrendering to sleep.

What? Morning already? By the time she stumbles to open the door, there’s only a suitcase there.

When she goes downstairs to tell them it isn’t hers, the receptionist is unconvinced. ‘The man who brought it had your name.’

‘Yeah, but it’s someone else’s. Can you get it picked up?’

‘Okay. All I have is what I’m wearing. Are there shops around here that sell clothes?’

‘No, this is just a tourist village: bars, restaurants, and a small supermercado. You have to go into town for anything more.’

‘And where is that?’

Back in her room, Jess considers the way forward. She’s longing to sunbathe and swim, but she can’t do that in a sweatshirt and jeans.

There is nowhere I can buy stuff. And anyway, I’m skint.

She picks out a tiny bikini, high-cut shorts and a low-cut top and hears Mum’s reassuring voice: ‘Don’t worry, babe, it’ll be alright.

Jess smiles. It’s odd not having to worry about Mum, although she’s still there in her mind, propped up on her pillows, biting back the pain. As her round-the-clock carer for the past three years, Jess hasn’t worked and has rarely socialised, never bought herself new clothes.

Mum finally slipped away two months ago and now Jess feels she deserves a new start.

Jess takes a deep breath and pulls on the outfit and twirls in front of the mirror for full effect.

What sort of woman wears stuff like this? I’m gonna turn myself into her.

Dianne Bown-Wilson is a Dartmoor-based short-story writer. 2020 successes include winning first prize in the Exeter Literary Festival and Writers’ Forum competitions, a third-equal placing in the Yeovil Prize, and publication in Ellipsis 7 and the Dahlia Press anthology, ‘In the Kitchen’. She enjoys writing character-led stories.  diannebownwilson.wordpress.com Twitter: @BownWDianne