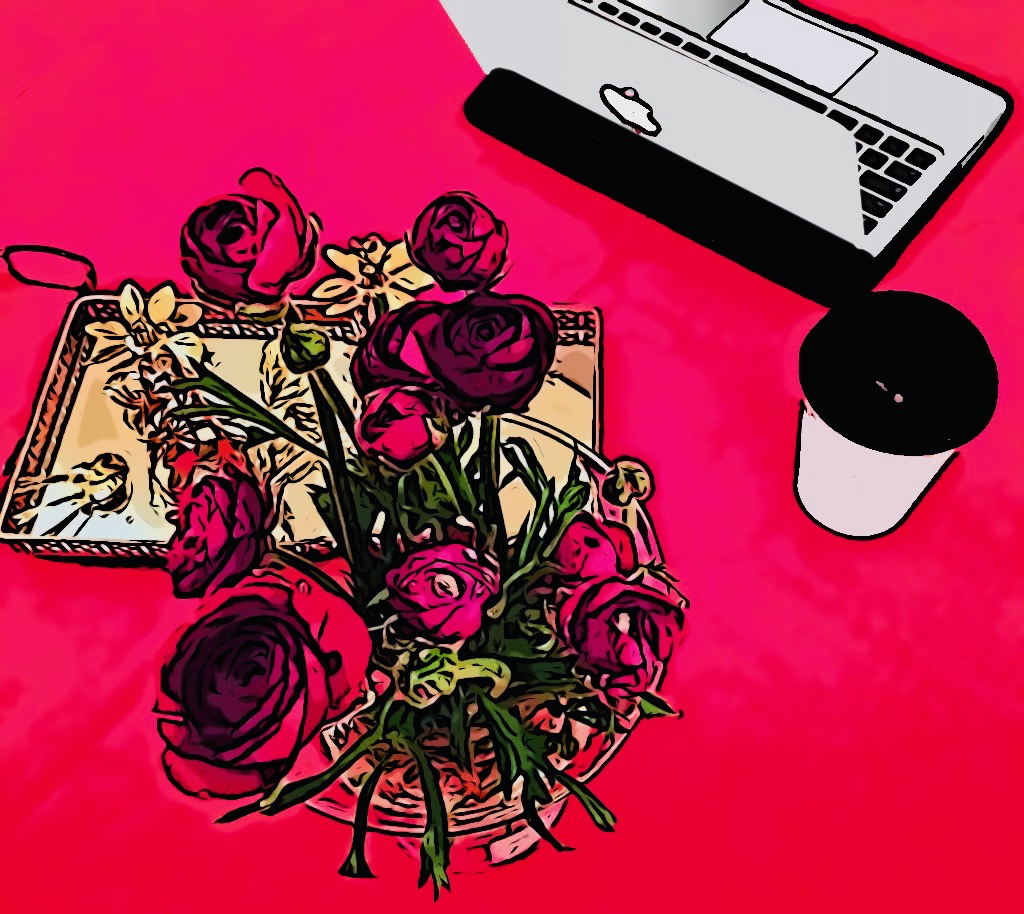 WHAT AN EXCITING DAY. First of all, I get an email from Mr. Robert E Marling Jr., CEO and Director of Woodforest National Bank (woodfrestbank1985@gmail), who says my letter has been referred to the JMCB Legal Division for Funds and the only thing I need do to receive my wire transfer of $17.5 Million Dollars is to pay the Sum of $400, as this money will be used by their Bank Attorney to Obtain all the necessary documents that will enable the final activation of my Funds.

I am to make this payment via western union or money gram transfer to Kalita Vosstian, 716 Soundview Ave apt5m Bronx NY 10473.

So I look it up on Google Maps and see a 718 Soundview and a 714 Soundview, nice little apartment buildings, but no 716 Soundview.

Then I look up Kalita Vosstian on Facebook, and there are two of them. One has a cartoon of Tinkerbell for a profile picture, no posts, and 22 friends. The other has a picture of a young brown-haired woman, no posts, and one friend, a guy named Freddie.

So I’m wondering why Mr. Marling wants me to send money to this young lady unless she’s his girlfriend or something. And why he would give me the wrong address, which as far as I can tell would be somewhere between apartment buildings 718 and 714, which is a crack so narrow no one could live there except maybe a few cockroaches, which I know they have a lot of in the Bronx. I’m thinking if he’s spotty on details like that, maybe he got it wrong about the $17.5 Million Dollars, so I think I’ll pass.

And then WOW, I get an email from Muth Samuel, Director, International Finance, United Nations Treasury, which says that the United Nations 73rd General Assembly in New York, The United Nations Executive Council, President Donald Trump. African Union and Asian Community have concluded to pay all foreign debts from the United Nations Treasury, and my email address was picked by the Raffle Draw Machine and I am hereby shortlisted for payment in of The Sum of Five Million Five Hundred Thousand United States (USD $5.5). I am urgently advised to get back to them so that they will give me the e-mail address of Arizona Bank and Trust to contact them for the immediate release of my $5.5 Million.

Well, Mr. Samuel’s email address is muthsamuel09@gmail, and here he is working for the United Nations. And didn’t Hilary Clinton get into big trouble for using her Gmail account for official business?

And as far as I know, Donald Trump isn’t president anymore, so maybe this Mr. Samuel is one of those voter-fraud-conspiracy people. And boy, I don’t wanna go down that road.

So I’m thinking maybe Mr. Samuel isn’t quite on the ball. I think I’ll pass on this one, too.

That Raffle Draw Machine sounds pretty interesting, though. Who knew.

And then I get an email—URGENT BUSINESS ASSISTANT NEEDED—from Abelardo Fernandez (franciscopintoprivate1969@engineer.com), who works for Sao Tome and Principe national petroleum agency and makes this introduction based on his regard for my credibility.

It’s kind of complicated, but it looks like somebody from Korea (comprehensive details to be provided subsequently) took out a license for oil allocation and then died, so Mr. Fernandez is in need of a partner from my country who he can trust. He has ready buyers waiting, and proposes that I stand as the license operator for all lifting and sales transactions and then split the oil sale proceeds 60:40, with me getting 40% of the $28 million monthly average. Therefore without mincing words, he relies on me for utmost confidentiality on every bit of detail relating to this transaction, including the Crude oil Lifting License No: ANP/STP-C-0589124. He is in London on official duties at the moment, waiting for my response.

It sounds awfully good, but then I start thinking, what do I know about crude oil? And what if someone finds out I’m not this dead Korean person? I could get in way over my head here. So I think I’ll pass on this one.

And then YIKES, I get an email from MY OWN EMAIL ADDRESS from a professional coder who says he hacked my device’s OS when I visited an adult website, watched my activity for a couple of months, and if I don’t understand what he is talking about he can explain. He now has all my contacts, sm data and all logs from chats for the latest 2 months and has recorded me doing you-know-what along with the video I was watching, which he says was disgusting. He will destroy my life by sending this to everyone I know unless I send $1000 to his bitcoin address 1F4bZgM5MPA4Pzzs1EfxXohZ3qDKKXonBy in the next twelve hours.

Well, to begin with, the only adult website I’ve ever visited is AARP. And my computer camera is covered with a Post-It note except when I’m in a Zoom meeting. Plus, I haven’t heard a peep from any of my contacts, who would certainly let me know if they received a video of me doing you-know-what. So I think I can safely ignore this.

And then OMYGOD, I get an email from class@ntlglobal.com, addressed to Hello Brethren, saying I’ve been chosen by the Great Brotherhood of Illuminati to be a member of this family; I have found favor in the sight of the Grand Creator and, hence, this invitation to be a member of the Elite Family, which will grant me an allowance of $300,000 USD every two weeks continually, a 4 bedroom mansion and a car of my desired choice. I’m to contact them now at theilluminati4fame@gmail.com to initiate the processing of being a member of this GREAT FAMILY. !Fame we Speak & Riches is Ours!

Well, for one thing, if they don’t even know my name, how do they know I was chosen? Sounds a little fishy, so I’ll pass on this one.

And then WHOA, I get an email from Mail Protector ©2019 (outlook@email2.office.com) which says my email account will be closed within the next 24 hours if I don’t click here to update. (Notice: Ignoring this message will cause your account to be terminated without your permission.)

But they were wrong, because I never did click there and my email is still working just fine.

WHEW. Good thing. So many great opportunities coming my way. I’d hate to miss something.

Bett Butler’s poetry and short fiction have appeared or are forthcoming in Weave, Feathertale, Amp, Voices de la Luna, Ginosko, The Field Guide, and other small-press publications in the U.S. and Canada. An award-winning songwriter and jazz musician (International Songwriting Competition, Independent Music Awards), she co-owns Mandala Music Production in San Antonio, Texas, where she and her spouse produce music and spoken word licensed for HBO, Discovery Channel, and more.