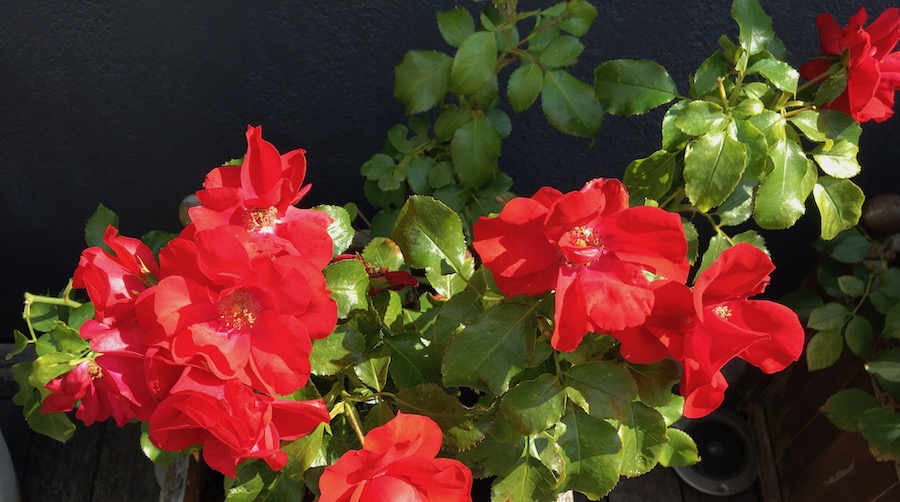 ‘She’s got to go.’ I stomped into the sitting room.

‘Absolutely not,’ my husband Alan said, a freshly licked forefinger poised. ‘I don’t see what the problem is.’ With a flourish, he turned the page of the newspaper like a conductor instructing an orchestra.

‘It’s the mess, that’s the problem! And the noise. I’ve already had Elsie next door complaining about the screeching.’ I jerked a thumb at the living room wall and lowered my voice. ‘It only takes one of the neighbours to write a letter to the council and that’ll be it. We’ll be branded peace-disturbers and we’ll never be able to sell the house. Sayonara retirement plans. Bye-bye, Benidorm. And she hasn’t laid an egg in months.’

Alan swung his feet off the sofa and stood up. ‘For pity’s sake, Linda. Leave the bird alone.’ He slapped his now folded newspaper down on the shallow crater his behind had left in the chintz sofa and disappeared into the kitchen. I heard the kettle click to attention.

Shrugging on my fuchsia windbreaker, I stepped outside onto the patio, the door giving a resigned squeal as it closed behind me. Yet another job not done. If I knew where the oil was, I’d do it myself.

The edge of the patio gave way to a slim, slab path which weaved in a yin-yang curve between two halves of a shaggy lawn. At the end of the path, I narrowly avoided attack by a stray offshoot of Alan’s favourite rambling rose. It had advanced along the trellis separating the lawn from the vegetable garden beyond. When it bloomed, the fluffy, white flowers were beautiful, but if Alan didn’t take the secateurs to it, it would soon resemble the giant vine from Jumanji.

Behind it, and extending the full width of the back fence, stood Alan’s masterpiece, a large, rectangular structure framed with galvanised steel and covered in chicken wire. Inside to the left, was a wooden hut on stilts with a thin ramp leading down to a mess of scratched-up soil. An entire cabbage plant hung by its root from a length of wire attached to the corrugated iron roof.

The chicken was clucking and running back and forth along the inside of its enclosure like a tennis ball in a perpetual rally. I poked a dandelion stalk through the wire and the bird launched a frenzied attack, flapping its scruffy, white wings.

Delilah stared back at me with beady eyes, her innocence taunting my guilt. In all the years Alan and I had been married, I would never have imagined that, should I have to share his affection with another female, she would be a 3kg Light Sussex. I was about to return to the house when I stopped and eyed the nest box lid. When was the last time I checked? Last Tuesday? It barely seemed worth it, but I lifted it anyway. I nearly choked on my own expletive.

Inside, nestled in a circle of straw, were not one, but two smooth, sand-coloured eggs. I held them up against the wistful morning sky and studied the curve of the shell’s silhouette in the struggling light. They were still warm.

Perhaps I had been wrong about Delilah. Maybe the poor old bird was just suffering a dry spell. Having an ‘off’ month. We all need a break every now and then. I felt the perfect, ovoid shapes nestled in my palms. If Delilah had a friend, then we’d never have to buy eggs again. And how jealous they would all be at the Women’s Institute when I arrived with my perfectly-risen sponges and yummy custard tarts. It’s all thanks to my Delilah, I would reply, with a broad yet humble smile. I couldn’t wait to go inside and tell Alan the wonderful news.

I was halfway down the path when it occurred to me that I should use the two eggs to bake a celebratory masterpiece to announce my new plan. I had been waiting for an opportunity to try out my new piping set. I trotted back to the house, popped the eggs in the fridge and shouted a quick, ‘see you later’ through the living room doorway.

The supermarket was busy for a Sunday. I had to wait for a lady in front of me who was hesitating over a bottle of vanilla essence before I could reach what I needed in the home baking aisle. When I finally reached the shelf, my hand hovered over some shiny gold star sprinkles. A tiny bit of extravagance seemed warranted, given it was a special occasion. This would be the perfect way to make up for all my complaining about Delilah. Of course, Alan would say ‘I told you so’, but a big piece of lemon sponge lined with vanilla buttercream would soften him up in no time.

The queue for the cashier inched forward. I hoped Alan wouldn’t help himself to too many custard creams with his cup of tea while I was gone. He wouldn’t appreciate the cake quite so much on a full stomach. But then, Alan was never one to hurt my feelings. That’s what comes of being married for a long time. You learn that sometimes the way you show someone you love them is by lying through your teeth. That’s why I had assured Alan that I adored his roses, even when their thorns had ripped a hole in my favourite M&S jumper.

My chest warmed a little at the thought. Yes, we understood each other, Alan and I. It was true that Delilah had been a sticking point these last few weeks, but now she would be the one to bring us closer together. A project for us both to focus on. I could visualise it so clearly. Instead of watching Masterchef, we would spend our evenings crouched over self sufficiency books, choosing incubators and discussing chicken pellet brands.

When I finally pushed open the front door on my return, I was stopped in my tracks at the sight of Alan in my apron. A delicious aroma permeated the warmth of the house.

‘I thought I’d surprise you,’ announced Alan, a hopeful smile teasing the corners of his mouth.

The smell reminded me of Sunday lunchtime at the Rose and Crown: crisp, fatty, roast potatoes, soft, glazed carrots and parsnips, and crusty balls of herby stuffing. All served with a shiny, porcelain jug of luscious, caramel-like gravy to pour over the –

The shopping bag found itself free of my fingers and crashed to the floor.

‘I know we’ve had our differences lately,’ Alan said, ‘but I wouldn’t want a silly chicken to come between us. And I’ll trim those roses this afternoon. I hope you’re hungry, Linda. Linda?’

Nicola is a Welsh working mum living in the south of England. She has completed two creative writing courses, runs a country living blog and has been published in Huffington Post and in online journals. Find her on Instagram @mummy_wales1