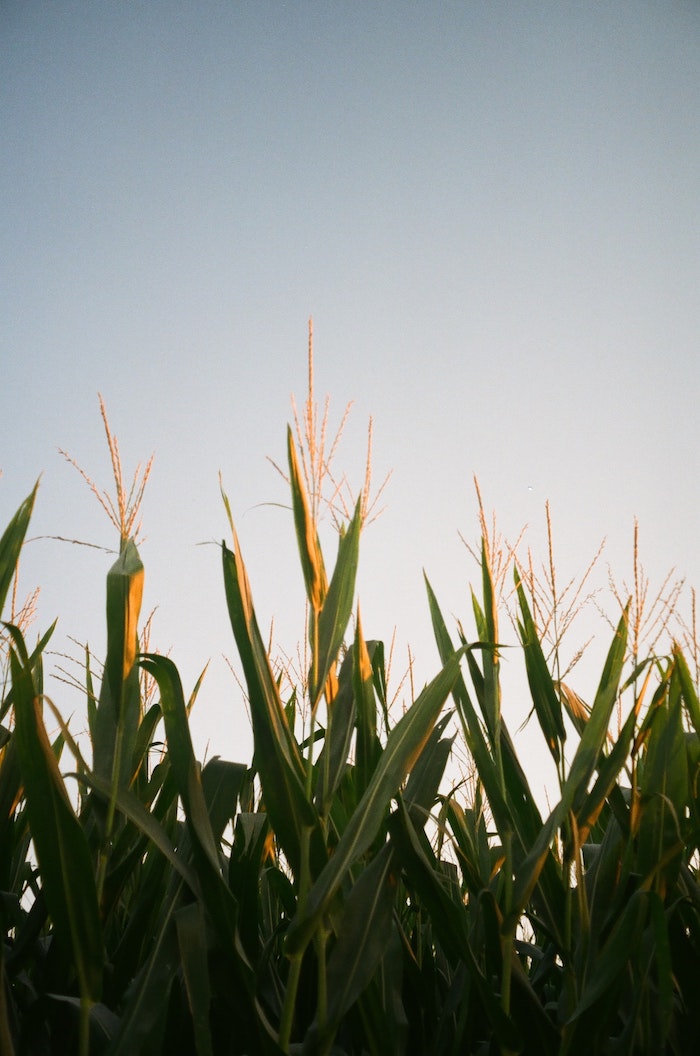 You know the original folklore version of the Black Velvet Ribbon story. How in a previous century, one of bustles and lace, a gentleman fell in love with a beautiful, vivacious lady. He wooed her, courted her, eventually wed her. He loved everything about her except the black velvet ribbon she wore around her neck and never took off. He was not to touch it nor ask about it. He became obsessed. One night as she slept, he took a pair of scissors and—no, the ending is too terrible to detail. You remember though. Her head, rolling on the floor. Once you hear it, you can never forget. The story echoes today, but in a different, some might say more just, form.

On a late-summer day, she decided to pick some corn for dinner. She stopped for a minute in the garden, her fingers feeling the green husks, firm over the cobs, the smooth silks. Stroking the silks reminded her of touching the pleasing skin over a rounded stomach.

Barefoot, she carried the ears back to the house, thinking she’d miss this sensation on her feet when they turned the lawn back into meadow. But it was time. The earth was already burning.

She wore her butterscotch t-shirt and Hanes oversize black shorts, which matched the black velvet ribbon around her neck.

When her husband came home, the air conditioner was off and the kitchen was warm and smelled of fresh husks. She was shucking the corn. She didn’t want him touching it. He didn’t. He pointed to her black velvet ribbon.

‘What’s this? I’ve never seen it before.’

She turned to watch him. ‘Aren’t you hot?’

‘Hmm, no. Been in the air-conditioned car.’

‘Ah.’ She stood up to kiss him hello.

‘Aren’t we getting a little old for shorts?’ he said, giving her stomach a pat.

‘Why don’t you pull the bow on the velvet ribbon and see what happens,’ she offered, still holding a husk with silks attached in one hand.

She looked him right in the eye while he did it, facing her, his hands working behind her neck as he freed the ribbon.

His head rolled off.

She placed it in the pot where the water was boiling for the corn.

Maud Lavin has published in the Nation, Artforum, Portable Gray, Roi Faineant, Chicago Artist Writers, and elsewhere. Her most recent book, Boys’ Love, Cosplay, and Androgynous Idols, was nominated for a Lambda, and an earlier one, Cut with the Kitchen Knife, was named a NYT Notable Book. She is a Guggenheim Fellow. Twitter: @maud_lavin
Story illustration via Unsplash.