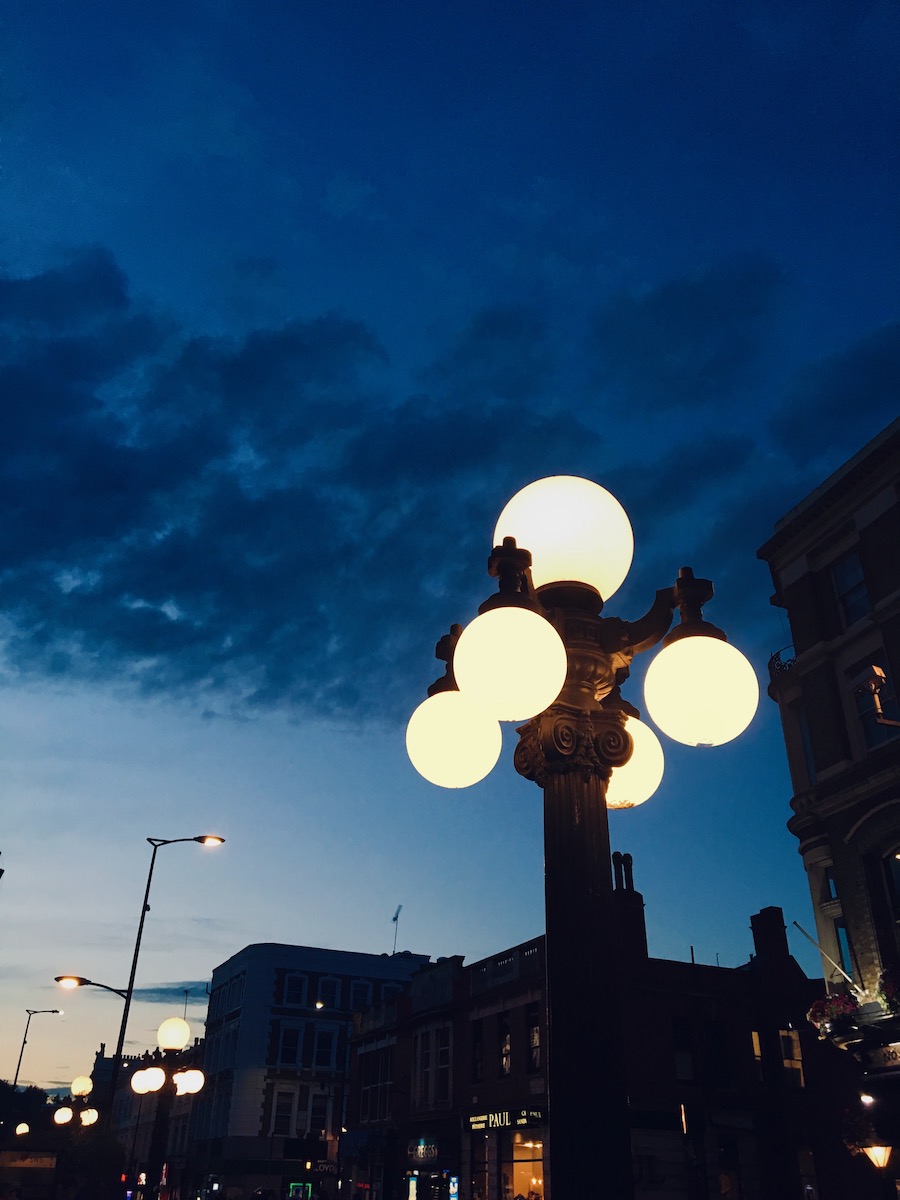 I was in the Co-Op the other day, the big one in town. I was talking to my mum on the phone, seeing as we’re not allowed to go shopping together anymore. Which was a blessed relief at first, until I realised I’d have to have her in my ear the whole way round and I wouldn’t be able to concentrate on the shopping, or on avoiding people and not catching bloody Coronavirus from someone wearing a mask on their chin.

She’s lost the plot with this lockdown business. And it was my fault, really, the shopping thing. I made the mistake of ringing her up to ask what sort of beans she wanted because they’d run out of French beans and she’d underlined ‘French’ twice on the list. In pen. So she was obviously making a point. I wanted to ask if any other bean would suffice, an error that cost me the good part of an afternoon. Before I’d even had the chance to mention the beans, she was already off, saying things like, “It’s like it was during the war. They’ll be rationing everything next. Ration books. One square of lavatory paper – each!”

I didn’t point out that she hadn’t actually lived through any world wars, but I was obviously thinking about it for a while because she said, “Are you listening?” and I said “Yes, Mum. I’m just-” and I wanted to say ‘stressed’. Depressed. Probably. But she’d only tell me not to be so bloody silly, or to start thinking positive or become a Buddhist, and I couldn’t cope with that as well as the bean problem.

“Do you want green beans or runner beans?” I thought if I asked directly instead of explaining the situation, I might get a straight answer.

“French beans,” she says because she hasn’t been listening. So I say, “They haven’t got any French beans, Mum. They’ve got green beans and runner beans.’ And she says “Oh, don’t bother,” like it’s my fault and then moves on to the next item on her list, leaving me dithering by the tomatoes.

“What about sweetcorn? She asks. ‘Have they got any sweetcorn? Only not the fresh stuff, the tinned. The fresh stuff gets stuck in my teeth.” So I say, “Let me have a look”, and she says, “Only if it’s no bother”, and I make the mistake of saying, “It’s fine, Mum. I wanted to have a look for some tinned bits for Gillian anyway, so-” but she cuts me off because I’ve mentioned Gillian and my mum’s already sniffing around that can of worms because Gillian’s married to some abusive wanker and I’m “clearly barking up the wrong tree with that one”, and she says, “Gillian? Why can’t Gillian do her own shopping?” And I say, “She can. I just thought I’d pick up a few things while I’m here. As a surprise. I can’t imagine she’s got much spare cash, so I thought I’d help out.’ And my mum does one of those “mmm”s that means she knows exactly what’s going on and she doesn’t approve, but thankfully she changes the subject and asks if they’ve got any pork pies, the freshly made ones from the deli. The ones my dad likes with a bit of piccalilli. So I tell her the deli’s not open and she says, “What do you mean it’s not open?”

I tell her I mean it’s not open. There’s a sign. I know because I’ve just passed it twice while waiting for her to stop talking about the war. But she doesn’t believe me and asks, ‘What does it say? This sign?’ So I walk back over to the sign and I say, “It says it’s not open” and she says, “Well, what good is that?’ And I want to say, ‘I don’t bloody know’, but I decide to be tactful. “I think they’re just focusing on essentials,” I say, but she’s having none of that. “This is essential. To your dad,” she says. “Then there’s one of those pauses again only this one goes on so long I thought she’d hung up, but then she asks, “Would you mind getting a jar of piccalilli anyway? If they have one?” I ask her if she could text me a list so I can shop with both arms, but that’s a no because, according to her, it’s easier like this otherwise she’ll have no idea what they have and I could turn up with God knows what. And then she’s going on about the beans again, just when I thought I was nearly done. ‘Are you sure they haven’t got any French beans? Have you asked?’ And I said, ‘No, I haven’t asked…and I have no intention of asking’ – though I didn’t say the last bit out loud. She says, ‘Well, ask. You never know.’ So I say I will but then I’ll have to hang up which she agrees to but insists I ring her when I’m in the car so I can let her know how I get on, which is a bit much considering I’m thirty-five and she only lives around the corner. By the time I’ve dialled and she’s answered, I’ll be on her doorstep. But I agree, just to get her off the phone. I wasn’t going to ask anyone about the French beans, so I bought a bag of green beans and nicked one of those brown paper bags so I could tip them into it in the car and say I found some French beans loose. I haven’t heard yet whether my plan worked or not… 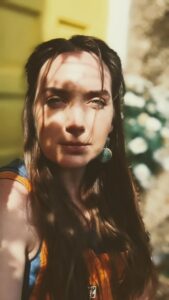 Influenced by David Bowie, Virginia Woolf and Sally Wainwright, Elinora Westfall is an Australian/British lesbian actress and writer of stage, screen, fiction, poetry and radio. Her novel, Everland has been selected for the Penguin and Random House WriteNow 2021 Editorial Programme, and her short films have been selected by Pinewood Studios & Lift-Off Sessions, Cannes Film Festival, Raindance Film Festival, Camden Fringe Festival and Edinburgh Fringe Festival, while her theatre shows have been performed in London’s West End and on Broadway, where she won the award for Best Monologue. Elinora’s full-length short story collection, The Art of Almost, and her full-length poetry collection, Life in the Dressing Room of the Theatre, are forthcoming with Vine Leaves Press.