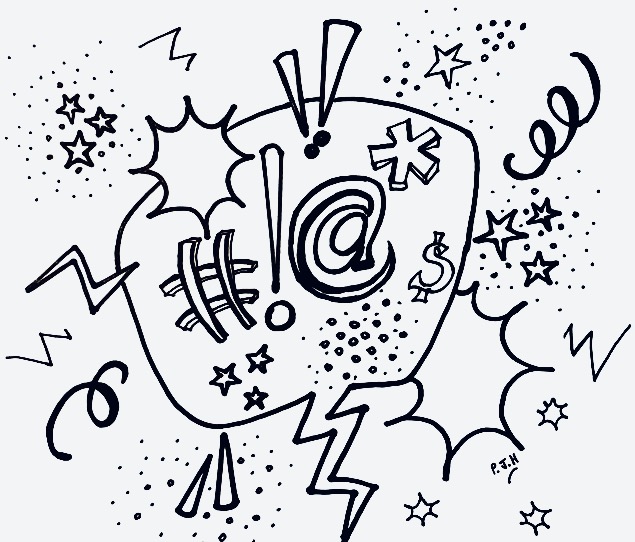 In my family, there are those of us who have an affinity for dirty words, and those of us who don’t. Personally, I’m a fan. I think the judicious use of a few choice words, in just the right context, can add emphasis and impact. My sister, on the other hand, abhors all forms of profanity. She doesn’t even like me to say, ‘Butt-dialed’. Too crude! She prefers, ‘Purse-dialed’. I’ve tried to explain to her that the only reason she thinks ‘butt-dialed’ is crude is because she assumes butt refers to a body part, where it may, in fact, refer to a verb, as in ‘Your phone butted up against something in your purse and dialed me’. She is not convinced.

Dirty words are a bit like cayenne pepper. A pinch can spice up a dish, but a tablespoon can make it inedible.

That said, you have to be careful when and where you use a dirty word, because they can get you into trouble. In my master’s thesis, I was writing about assessing children’s learning, but I inadvertently omitted the last ‘s’ in assess. Boy, if that didn’t make me look like an ass! Luckily a friend caught my asinine error before it was too late.

Dirty words are a bit like cayenne pepper. A pinch can spice up a dish, but a tablespoon can make it inedible. Also, cayenne pepper may not be the ideal ingredient for your morning bowl of Cheerios. Context is everything!

Surprisingly, even little children understand context. They know when and how to use a dirty word to spice things up.

One of my very first teaching jobs was in a preschool in an upscale suburb. The preschoolers I taught knew just how to use a four-letter word for maximum impact. I should mention that their four-letter words may not be the ones you’re imagining. Their two favorites were poop and puke, with poopy and pee-pee thrown in for good measure. They knew just how to drop one of these p-bombs to make friends giggle. A string of two or more would send their friends into fits of hysterical laughter.

From my perspective, an occasional p-bomb or two was no big deal but, every once in a while, they’d get on a roll. Then, in my best teacher voice, I’d remind them: ‘Those are bathroom words. You’re welcome to use them, but only in the bathroom.’ It seems that when p-bombs are permissible, they aren’t nearly so entertaining. Happily, this tended to limit their p-bomb proclivities.

One day, one of the boys was telling a story and I was writing down what he said, word for word. In my class, a child would tell a story, I’d transcribe it (word for word), the class would act it out, and then I’d send a hardcopy of the story home for the child’s parents. Writing down exactly what a child says, word for word, grammatical errors and all, is important, because it honors the child’s authentic voice.

The boy’s story started off in a fairly unremarkable fashion, a sort of variation on Eric Carle’s The Very Hungry Caterpillar. And then I heard it….

Did he say ‘bitchy’? I froze. I didn’t know what to do. I was supposed to write down exactly what he said, word for word, but should that include the word ‘bitchy’? If I wrote down what he said, we’d have to act it out. If we acted it out, how would I explain this new ‘vocabulary word’ to the other five-year olds? And how could I send this story home to his parents?

I panicked. My nascent career flashed before my eyes. Was this the beginning of the end? Would my life as a teacher crash and burn before it even got off the ground? I couldn’t think straight. I felt like I was performing a high-wire act without a net – one false move could end everything. I tried buying some time.

‘What?’ I said, feigning ignorance and hoping he would pick a different word.

Nope. He said it again!

One of the little girls had had enough. If I was ignorant, she would enlighten me. She knew exactly what he had said, and thought I should, too.

‘He said, “bitsy”. You know, like The Itsy-Bitsy Spider.’

I love ‘bitsy’. I love the bitsy girl who saved my bitsy career. I love the itsy-bitsy letters that distinguish bitsy from bitchy, the proper from the profane, the employed from the unemployed, and the dirt-free from the doggone dirty.

Years later, I’m still a fan of spicing things up with the prudent use of a few dirty words, but context is everything. 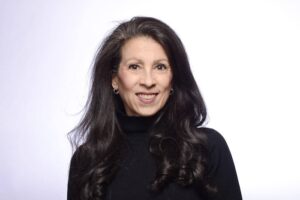