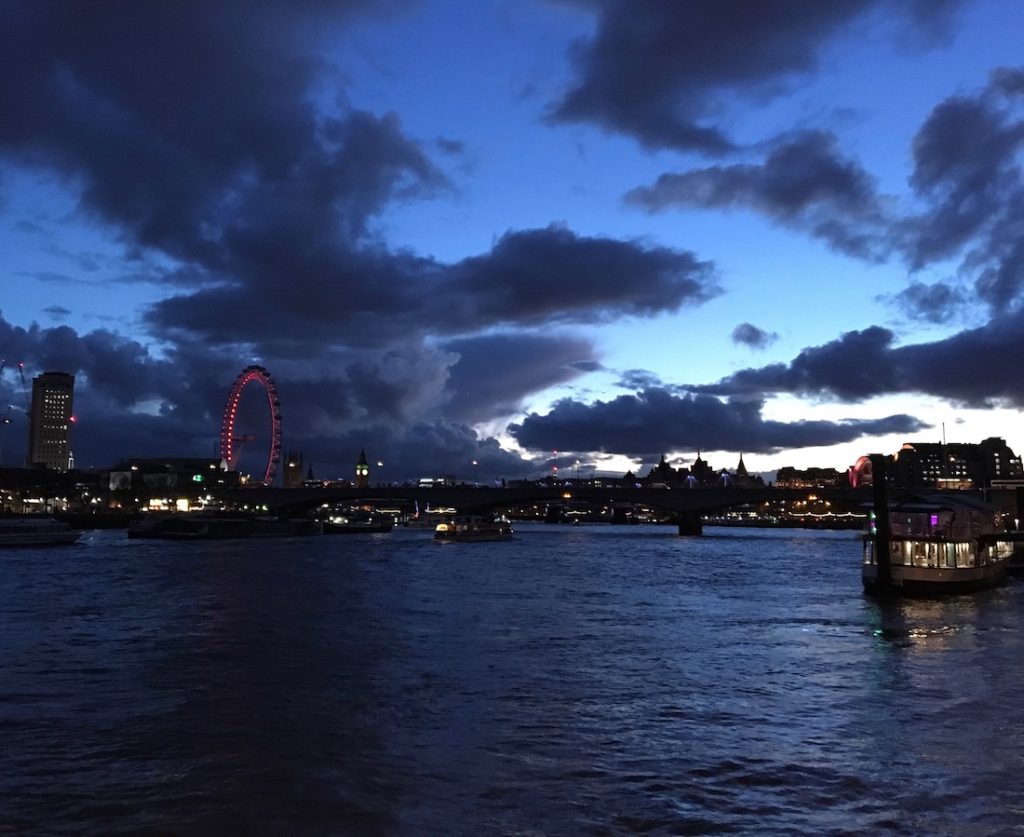 In her bed, unable to sleep, our heroine has a run-in with the future

I wonder if I’m the only person left in London to keep an old-fashioned clock radio. The plan was to use its alarm function so that I could leave my iPhone outside of the bedroom. Screens cause insomnia because the light tricks your brain into thinking it’s daytime.

Except, I still keep the iPhone here too. It’s on the bedside table in case of an emergency.

The important thing is not to panic about sleeping. So, I’m creating a win-win situation. If I’m still awake at 2, I’ll make a cup of tea. That way, I’ll either go to sleep = win, or get a cup of tea and a biscuit = win.

I’m in the kitchen boiling water in a saucepan because my kettle just blew its fuse. There was, if not quite a flame, then a small flash around the socket area and a burning smell coming from the cord, which, upon closer inspection, looks slightly brown.

My kettle is bust.

Am sipping Mariage Frères in the study whilst looking at kettles on the John Lewis website.

There’s quite a lot of talk about ‘remote’ and ‘apps’ and ‘iPhones.’ I think it means you can boil your kettle via your phone. Hmm.

I’m back in bed having finished my tea (and four biscuits). The sugar is keeping me awake and I can’t stop thinking about the kettles. Not that I mind technology. It’s humans I don’t understand. It takes about sixty seconds to boil a kettle. Are there people who don’t have sixty seconds to wait for a kettle to boil? And what happens if you’ve forgotten to add water and you set the kettle off remotely?

I will not be able to sleep until I’ve resolved this issue. I am tempted to ask the Twitter community.

I’m back in the study because tweeting from the iPhone is too hard. The other day I got the fields wrong and tweeted ‘Donald Trump’. I only meant to see if the US president had been tweeting anything recently. Instead, I ended up sending his name out to the world like some sort of declaratory fan gesture. I spent ages considering whether I should delete the tweet. In the end, I left it. But I did decide only to tweet from the Mac in future.

‘What is the point of remote-controlled kettles? Am I missing something? Would you buy one?’

One second later I get a direct message from @Scunthorpe48.

‘It’s genius. You can set it from upstairs so that the water is ready when you reach the kitchen.’

I wish @StaceyLondonFun would chip in, but I think she’s finally succeeded in getting some Temazepam from her doctor.

‘Smart-living,’ messages @Scunthorpe48. She can be a bit of a clever clogs. ‘Big Data and The Internet of Things. Our IT manager says that in the year 2020, two hundred and twelve billion things will be connected to the internet. Your fridge will know what’s running low and order it. The car will know if you’re over the limit or if you have a temperature in which case it will book a visit to your GP. Soon your watch will monitor your vital signs and feed any unusual information directly to your healthcare provider.’

‘My healthcare provider? What information?’

‘So the insurance company knows that you’re keeping your side of the bargain, that you’re normal weight, don’t smoke.’

‘Our IT manager says that we haven’t seen anything yet as far as monetising private information is concerned. Depending on the level of engagement we have with our gadgets, internet sites, apps, social networks and the like, we are leaving an almost perfect trail behind.’

I never thought I’d say this but where is @Pattiharmonhy? I need balance.

Instead, I get more @Scunthorpe48. ‘Data is key if we want to improve conditions on the planet and prepare for the transhuman age.’

I Google the ‘transhuman age’ and let myself direct towards the website of an institution called Singularity University where smiling faces tell me that they want to inspire and address all humanity’s challenges in a borderless world.

It’s clearly intended to be positive, but it freaks me out. There’s too much self-confidence, too much self-adoration. They don’t help themselves with their jargon either. The site is full of terms such as empower, agents of change and global impact and despite much talk of of science, the whole thing has new-age, religious undertones.

There’s no option but to pour a small glass of Pinot Grigio.

I’m in bed. Feeling weirdly sleepy. Perhaps the wine did the trick.

I pull the duvet up to my nose as a picture starts forming in my mind. It’s sometime in the future and I’ve been called into a tech office for a ‘chat’ about my data trail.

I’m sitting on a grey beanbag while my interviewers bounce up and down on inflatable rubber animals. The young nerd on a pink dog and his superior, a little older, dressed in a grey suit and trainers, on a spotted cow with a screen on its head.

‘That must be a clerical error on the part of my GP. I did quit at thirty-eight,’ I say, staying strong.

‘OK.’ He turns towards the wall behind him. ‘Picture documentation,’ he says into the room.

The white wall fills up with footage of me smoking, with dates in a futuristic font at the bottom of the picture. There I am puffing away in the kitchen, in the study with my feet in the window seat, in the garden at my friend Susan’s house.

I’m a little hacked off. These were all smoking emergencies brought on by various, stressful events. I did stop at thirty-eight.

But I can see this isn’t looking good.

‘We’re also concerned about a few other things,’ says The Suit, fiddling with the cow’s screen. ‘We have on record some derogative comments you made at a dinner party about technology and its influence on free debate and democracy. You said you give democracy a maximum of twenty years.’

The truth is I think democracy is completely screwed already but there’s no way I’m sharing this with these two.

‘And,’ adds Young Nerd, ‘there’s some very unflattering Twitter correspondence where you expressed scepticism about non-politicised societies and stateless clouds. Not to mention some harsh comments you made about Facebook.’

‘I’m sorry,’ I say. ‘But I believe all states are politicised.’ Sometimes one has to stand up for oneself.

The Suit is watching me closely. I get the feeling he’s about to say something when the Young Nerd smirks: ‘Oops, and how about the grammar test you did on The Guardian’s website back in-

‘Never mind the grammar test,’ says The Suit, ‘we can all have a bad day, Chad.’

‘What will happen now?’ I ask. ‘Will my health insurance be invalid?’

‘No,’ says Chad. ‘That would not be in the interest of the planet.’

The Suit takes charge again. ‘We recommend you spend a couple of weeks in Truth Booster Camp.

I hug my duvet tightly. This is awful. I long for my ordinary worries: Ageing, menopause and bankruptcy: come back, all is forgiven. Never mind the indignities of old age and an inadequate pension, I’ll take a squalid care home any day if I can just stay clear of Truth Booster Camp with Chad and.. zzzz zzzzz.