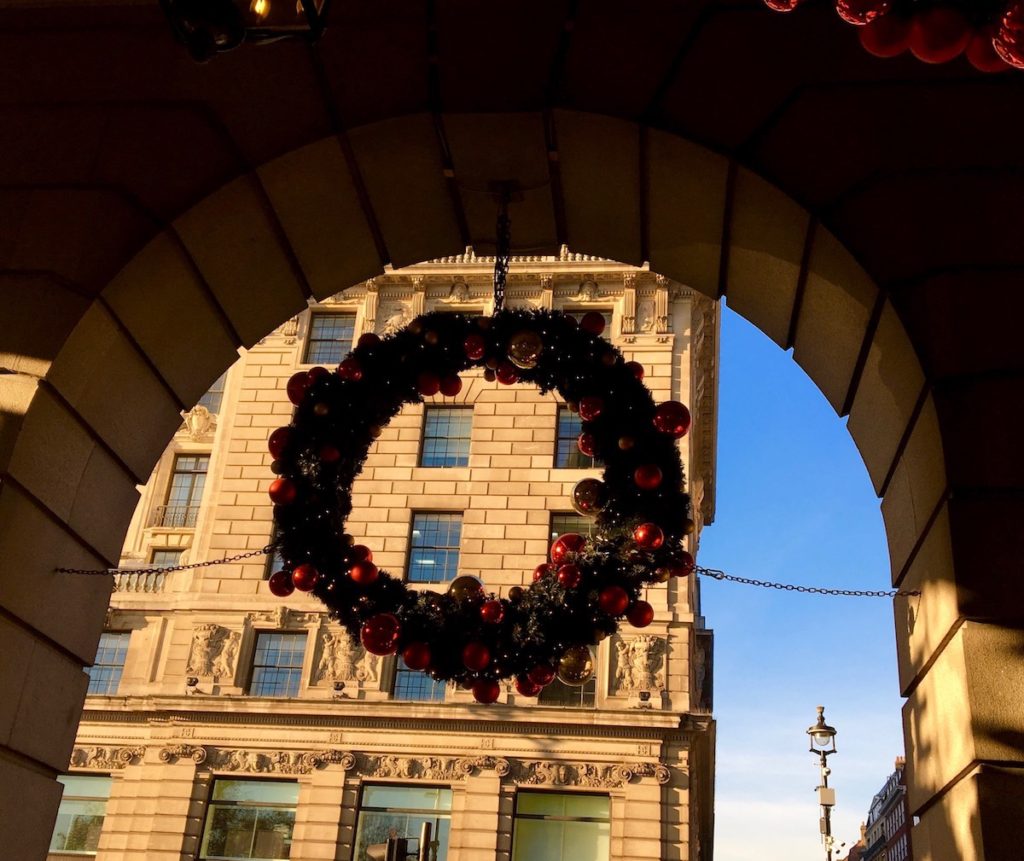 I was delighted to receive another of your aptly illustrated round robin Christmas letters. I particularly enjoyed the photos of you, Mark and the children on summer holiday in Margate. I agree wholeheartedly that there is no need to travel further afield. After all, it’s not as if you haven’t explored exotic destinations in the past. And you are quite right, we all have to think of the environment now.

On that note, I am in awe of your decision to sell the car for climate change reasons. There are many who talk the talk, but few who walk the walk (which you are now literally doing). ‘Courage over convenience’, what a great line, Bella! You do have a way with words. As you know I am not a believer, but if I were, I would say that there are awards to be reaped for such honourable behaviour. And like you say, being out and about amongst the public you expose yourself so much more to material for your new blog, which by the way sounds like a win-win with its combination of recipes and child-rearing advice.

This concept is so original I struggle to imagine how nobody thought about it before and with the Instagram account now attached, it is clear that you are onto a winner. And personally, I think you look great in the photo – the thing about putting on a few pounds is that it sort of fills in the wrinkles that we all get as we proceed in life.

The house looks great too, by the way. I totally empathise with your relief at being rid of the old pile. Life is so much easier in a smaller space. Yes, you may no longer have a guest room but with the new abode so close to the Travelodge you’ll always have somewhere to put up your relatives and their journey will be easier now that you’re so conveniently situated for the motorway network. It’s a win-win for you and Mark, and I’m glad that the children too have adapted well to the new surroundings and are still able to pursue all their hobbies.

True, there will come a point when Penny must choose between the trombone and her tennis career although for the moment, I’d just let her get on with both, especially now that she’s off school due to the ‘incident.’ Personally, I agree with you that the school has acted a little drastically. Like you, I’m sure Penny didn’t know what she was doing calling Hassan and his mother those names. As you say, Penny will have heard the expressions somewhere in a lesser educated home of a friend and her repeating the words is simply a demonstration of Penny’s aptness for language, an aptness, which, as Robert’s recent success serves to demonstrate, clearly runs in the family.

It is indeed extraordinary that he is already firmly set on screenwriting at the age of eleven but at least he has a goal. And, like you say, it’s never too early to start thinking in terms of awards. Now that his Punch and Judy remake will be performed during the school Christmas show, I, like you, can’t see why a BAFTA shouldn’t be in the cards down the line. We all have to start somewhere and the fact that he is prepared to go so far in terms of researching for his book is particularly impressive. Borrowing a Play Station set from Selfridges in order to gain an authentic experience of what it is like to be interviewed at a real life police station is indeed a worthy sacrifice. Well done, Robert! And like you say, why should you worry about what they write in The Echo or be concerned with the sniggering mothers outside Asda? You know your truth and that is what matters.

Same thing goes for Christine’s drug ‘arrest,’ which, if I’m reading your account correctly, was a case of Christine getting caught up with the wrong crowd and demonstrating human decency by accompanying her friend to hospital when, as you say, she could have just run off. Indeed. Just terrible that the ‘friend’ would claim that Christine was the drug provider. Classic avoidance manoeuvre, as you put it. Especially considering the fact that said friend was wholly aware that Christine had performed similar acts of selflessness in the past. And paid the price too! But hey! As long as she wears long trousers, nobody can see the tag unless they’re actively looking for it. You are quite right. The road to Hell is paved with good intentions.

Anyway, I must dash as I’m having trouble with Net-a-Porter. I’m desperately trying to stock up on the bikinis (Barbados Boxing Day stress setting in). Speaking of which, I am thoroughly impressed with your newfound love of vintage. There is too much waste in this world and once again you lead the way with your altruistic activism. I shall enjoy visualising you as you sway the neighbours with your old-school glamour during Christmas drink-athons, making Mark the envy of all the husbands.

He must be so proud of you. In fact, he looks positively radiant in the photo, literally oozing delight at early retirement. And, like you say, in these cases it’s always one person’s word against the other and when there are no actual witnesses sadly it becomes impossible to entirely clear one’s name. Mind you, on a positive note, Mark will now be spared having to endure our overpriced, ghastly trains. Well done, Mark!

Merry Christmas to you and all the best for 2019,

PS: Loving Princess’s new oversize collar. I wouldn’t worry too much about the solicitor’s hand. It will heal eventually and as you quite rightly say, there’s never been rabies in the UK.

Other stories by Rebecca Taylor:

How Florence published a bestseller