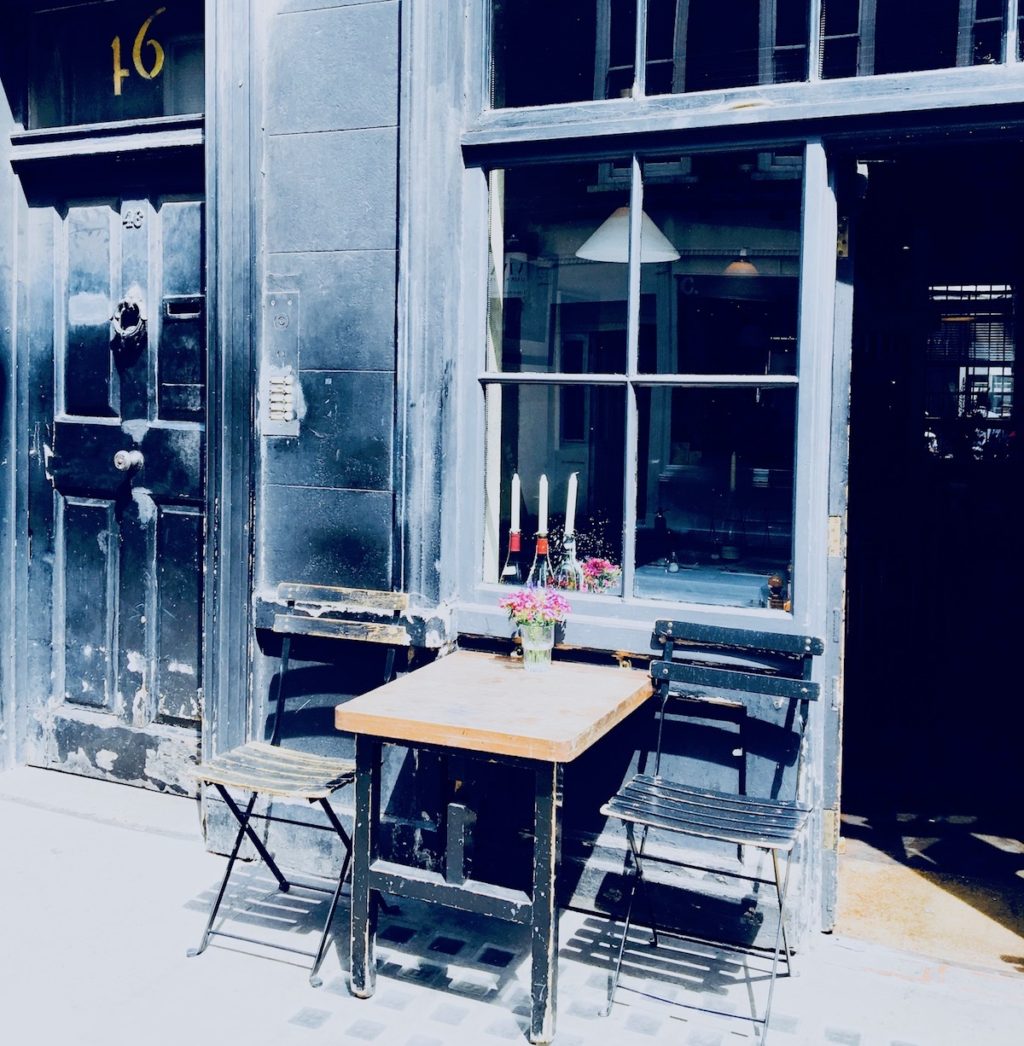 Background noise. Bane of his life. It makes his job so much harder. If he misses a word, he can’t be sure of the context.

He slides down in his seat, raises a finger to the waitress. ‘More coffee?’ she mouths. He nods and she turns to the machine. A newspaper is open on the table in front of him, Cor blimey, it screams, what a Pear! He’s already had a long wait.

His left ear buzzes like an alarm and he wiggles a finger in it. The swarm of wasps that has taken up residence are having a barney. He’s had it checked. Tinnitus. Aural deterioration. To be expected at his age. Bloody cheek! How old was that doctor? Twelve? He’s going to get a second opinion – from a grown up.

The cafe door opens and a freezing blast blows in an elderly pair. All hats, gloves and cough sweets. They sit at the table next to him and unwind themselves from several layers of woolies.

‘Bloody freezing out there,’ the chap says. The woman’s not listening.

Regulars, he thinks, when the waitress brings them coffee and scones and knows their names. When she’s gone the man starts up again.

Him: Nice cup of coffee, this.

Him: Both those other places haven’t got a clue.

The woman mumbles and he misses the rest of what she says. Shame. He enjoys a bit of extra-curricular eavesdropping. The wasps in his ear are furious with each other but not as furious as he is with them.

He looks at his watch – 11.17. Drinks some coffee. Agrees with his neighbours that it’s pretty good. Picks up the newspaper. Looks at his watch again – 11.20.
On the next table they’re talking about jam.

Her: I got a pot of jam last time, not a sachet.

Him: Yeah, there’s some more here if you want it.

Her: I got enough.

Him: Well, it’s there if you want. Not bad these scones.

He tries not to listen but can’t help it. Leaning forward he strains to hear over the rioting wasps, the muzak and the clatter of cups. It’s like he’s being reeled in on a fishing line. He puts out a hand to stop himself falling off his chair. Idiot! He’s supposed to blend into the background not make a tit of himself.

When he looks at his watch again it is 11.37. Thirty-seven minutes past expected arrival time. The shifty CEO won’t won’t be bringing his secretary in now. He sighs. Now he’ll have to tell botox lady she’s going to have to be patient a bit longer.

Wandering husbands and their narked wives. It’s hardly the career he dreamed of. He gets up and pays the bill. The wasps have settled into a drowsy hum. The little buggers are enjoying a nap inside his ear drum.

As he passes the elderly couple on his way out, he hears the man say, ’Hot cross buns up there. No, not hot cross buns, Mince pies. Don’t suppose they sell stamps here’.

He smiles and thinks of his mum and dad. About time he gave them a call.

Jac lives in Cambridge with her husband. He is completely bewildered by
her addiction to writing. You can find her at Jacquelineharmon.net or on
Twitter @JackEHarmon