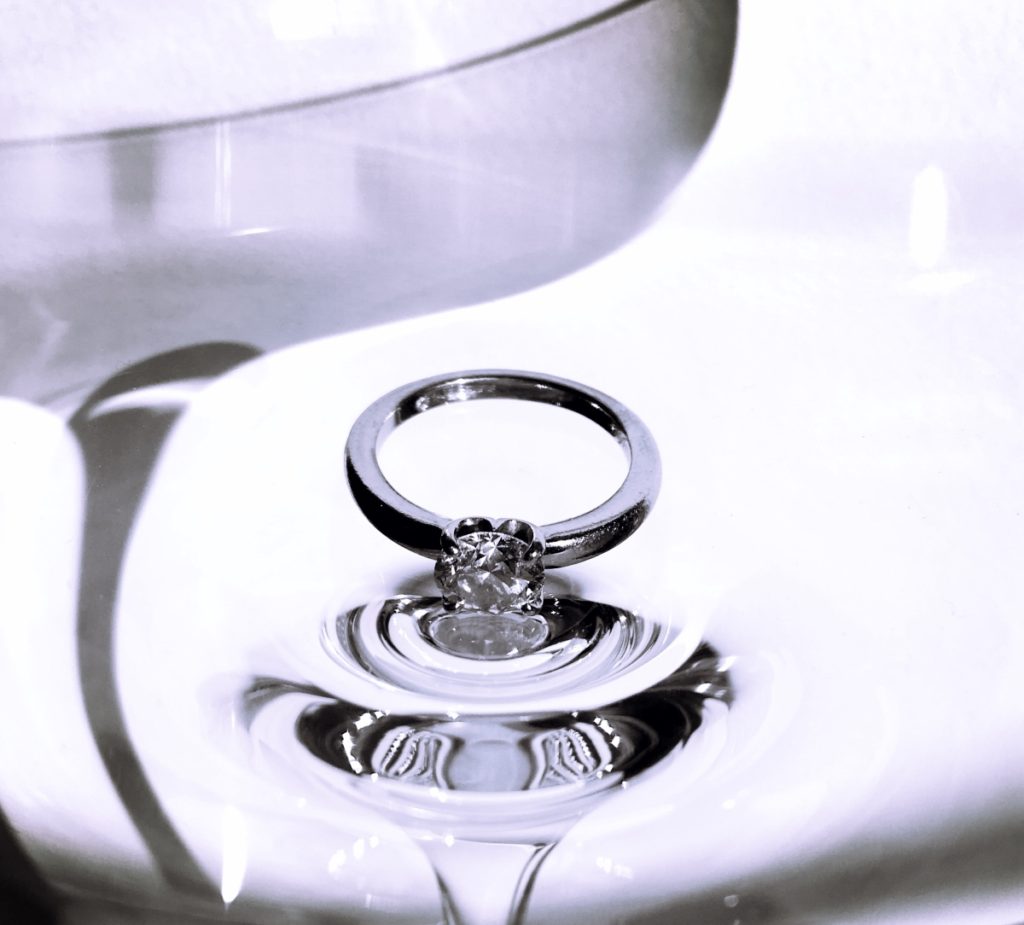 Joyce had asked me to be her matron of honour and I couldn’t very well say no, now, could I? Seventy years we’d known each other. She was my oldest friend in every sense of the word. In fact, she was my last friend too and I was hers, as the rest of the gang had now ‘passed on’. (I’ve always hated that expression, but there’s no other polite way to say it, I’m afraid.)

As matron of honour, my main duty would normally have been to organise the hen night, but two hens don’t really make a hen night and so I suggested that we just go to the bingo as normal. Joyce wasn’t very happy about that, but then she was never very happy about anything. She’d been the same since school:

An only child, she’d always been a bit of a ‘princess’ type, always needed to be the centre of attention. Most of the other girls used to give her a wide berth — some of them even whispered that she was a bit of a bully — but I’d always managed to stay on the right side of her. And as for the boys? Well, she always had to have first pick, even if it was a boy she knew I fancied (like that time with Bobby Marsden, who was a really good whistler).

Anyway, we’d been going to the same bingo hall every Wednesday night for as long as I can remember. I would always drive us there and, do you know, not once did she give me a contribution towards the petrol? I wouldn’t have taken it, of course, but it would’ve been nice if she’d offered. And she’d never suggested that we pool our winnings, like some of the other regulars did — maybe because she seemed to win more often than me. Just lucky, I suppose.

And so, although it was technically the ‘hen night’, I picked her up as normal, at the usual time, a quarter past seven. I pulled up outside her place, Caroline Court Retirement Home, and there she was, perched in the window with her face like fizz, squinting at her watch. I was only a couple of minutes late, but I knew I’d never hear the end of it, all the way into town. But when she came bustling out of the front door, I was surprised to see that she actually had a huge grin on her face, showing off her teeth to their best advantage (she was wearing the shiny, pearlised ones that she reserved for Christmas and funerals). Then she flashed open her anorak to reveal a sparkly red ‘L-plate’ stuck to the front of her jumper. I didn’t know where to look, I can tell you!

Frank, her fiancé, came shuffling down the path in her wake, to open the car door for her and to wave us off. He mouthed ‘good luck’ to us and I noticed that he was wearing a new fleece in a lovely shade of peacock blue, the same colour as his inhaler.

When we arrived at the bingo, all the regulars were staring at us, possibly because of the L-plate. Joyce told me to go to the bar and get us a bottle of prosecco because she’d been reading about it in a magazine – how it was the ‘in’ thing these days – and she wanted to try it. She said she was thinking of buying some in for the wedding as it was meant to be a lot cheaper than champagne.

When I got back to the table with the prosecco (which cost me £9.95, I hasten to add), she said that I needed to buy a new outfit for the wedding as all my clothes looked ‘tired’. I was a bit upset by that, to tell you the truth, but I just nodded and said ‘of course’ because it was going to be her big day, after all, and she should have exactly what she wanted. She also said that it would be compulsory for me to wear a hat and I told her that I didn’t have the right sort of head for a hat, but she just brushed it off and said I could wear a ‘fascinator’ instead. I wasn’t sure what that was.

There was a howl of feedback as the bingo caller, a skinny young man in a shiny suit, picked up the microphone and started his usual spiel: tonight’s incredible cash prizes would be £50 for the four corners, £100 for a line and £500 for a full house. We always had six cards each, me and Joyce, and a ‘dabber’, of course, for crossing off the numbers. I was starting to find six cards a struggle to keep track of, and was thinking of scaling myself back to four, but whenever I mentioned it to Joyce she just laughed at me and said that I must be a silly, old woman who was losing her marbles. There is nothing wrong with my marbles, though, it’s more that my eyesight has taken a turn for the worse. To be honest, I don’t think I should have been driving to the bingo — or anywhere else for that matter — but I was afraid to say this to Joyce because she didn’t like taking public transport and would’ve been quite annoyed, I think, if I’d suggested it.

‘Eyes down, ladies. Look in!’ ordered the caller, at top volume. Then came the first number: ‘All the fours, droopy drawers!’

Needless to say, I didn’t have it, but Joyce did, and she stuck her tongue out at me in a way that was quite rude, I thought.

‘Theresa’s Den, number ten,’ came the next call and Joyce pulled a face, like she normally did at this one. She’d always been a great admirer of Mrs Thatcher and thought that the number ten should only ever be ‘Maggie’s Den’, regardless of the current incumbent. As a mark of respect, you understand.

Well, neither of us was doing very well with the numbers and the so-called hen night was in danger of turning into a bit of a damp squib as other women’s hands shot up to claim the first two prizes for the four corners and a line.

Joyce’s mood had taken a turn for the worse by this time and I was starting to worry that she would want another bottle of prosecco, but then things began to pick up. You’d never have guessed that she had arthritis in both wrists the way her dabber was flying over her cards, crossing off numbers left, right and centre. I could hardly concentrate on my own cards for watching her.

When she poked me with her dabber and pointed urgently at one of her cards, I saw that she only needed one number for a full house, but it was still spinning around inside the drum, stubbornly refusing to come out. She was getting a bit frustrated by now — more irate than frustrated, really — and I prayed to God that her number would come up. Otherwise she’d be unbearable on the drive home, which would make it hard for me to concentrate on the road.

And then it happened: ‘Doctor’s Orders, number nine!’

Joyce screeched ‘House!’ and leapt up out of her seat. But then she clutched her chest and little gasps were coming out of her mouth and she didn’t look well. Not at all.

The young bingo caller was signalling for one of his colleagues to call 999 for an ambulance, but Joyce had now slumped forward, head on the table in front of her. I had a horrible feeling that it might be too late for an ambulance, too late for Joyce. She did love being the centre of attention, right enough, but not like this.

Things got a bit hazy after that. I remember thinking that it would be a shame for her winning card to go to waste and so, in all the kerfuffle and confusion, I swapped it for one of mine and handed it to the caller. I’d like to think it’s what Joyce would have wanted, although I can’t be a hundred per cent sure about that.

Then I jumped in my little car and drove straight back to Caroline Court Retirement Home to tell poor Frank what had happened. I had to make sure I got to him first. After all, decent single men are as rare as hen’s teeth when you get to my age.

Anyway, to cut a long story short, that £500 from the bingo win is going to come in very handy next month when we have to pay the travel agent the balance for the honeymoon we’ve booked. Llandudno is supposed to be very nice indeed and, surprisingly enough, neither Frank nor I have been to Wales. We’ve decided to go there by coach as Frank doesn’t think it would be very fair for me to have to do the driving.

I can’t tell you how much I’m looking forward to the wedding — I’ve even bought myself a fascinator to wear on the big day. But I don’t think I’ll be bothering with a hen night. You can’t very well have one on your own, now, can you? 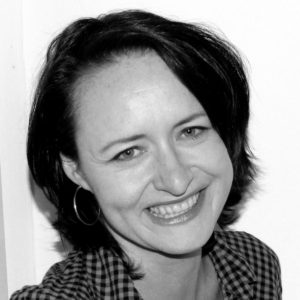 Born in Glasgow, Stacey Murray was a lawyer with the international law firm, Clifford Chance, before changing career to become an independent film producer. She has recently returned to her first love — writing — and has just finished her debut novel. Find her on Twitter @TheStacemeister