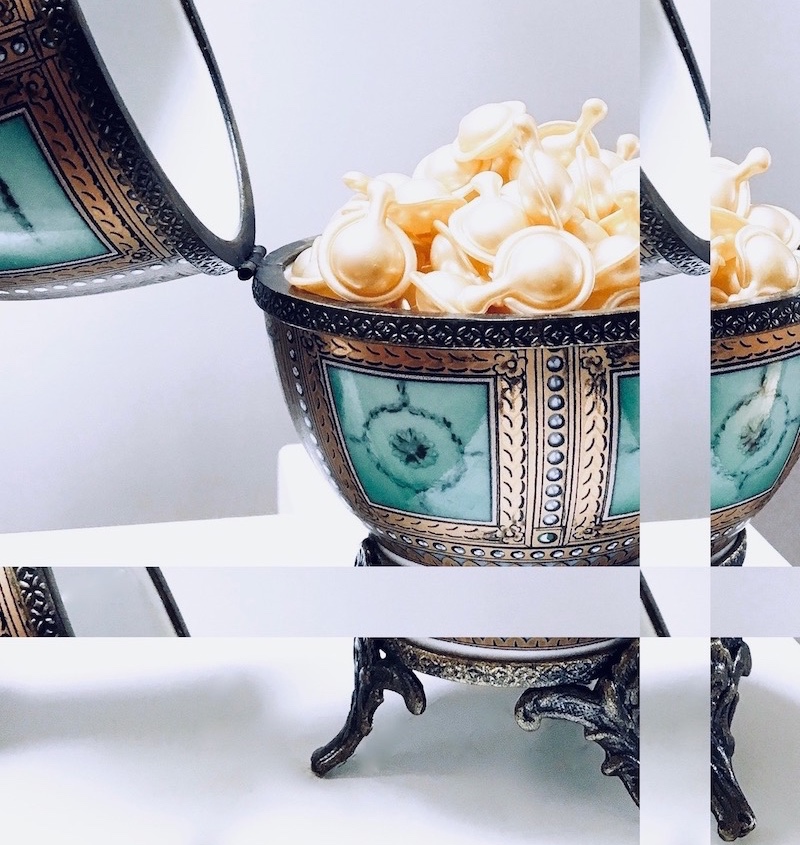 Picture the scene: A ramshackle tavern with sawdust-covered floors, packed with cut-purses and buxom wenches, staffed by a gruff and world-weary barkeep. Substandard lighting – oil lamps and such – create a conveniently dark corner where a hero meets a mysterious stranger. And lo, the stranger has both a lazy disguise and a secret! The secret will lead the hero to undertake an epic adventure with a ragtag bunch of misfits. But not before he wins a drunken brawl by brandishing his prodigious sword and leaping between tables, making quips about his opponent’s weight and bad breath.

Well, those tales are fantasy. Absolute fantasy. No doubt quilled by lonely wordsmiths lodging in their parents’ cellar, sold for a measly six coppers a word and read by awkward bachelors craving escape from their mundane lives. Were these wordsmiths to spend less time supping grog and invest more in hygiene and personal grooming, they’d learn that the best place for secrets, gossip and whispers is a beauty parlour. The clue is in the name. The root of the word ‘parlour’ means ‘to speak’ whereas ‘tavern’ can be translated as ‘wooden hut where menfolk get stupid.’

If you set off on a quest, you don’t want to be hampered by a cracked rib, nursing a hangover, your tunic all bloody and stinking of vomit. Every hero who’s voyaged forth from ‘Bonnie’s Bathhouse, Hair Salon, and Nail Bar’ looked damn fine. None of this two-day beard and long greasy hair business, thank you very much. Today’s hero wants a nice tight skull-trim and a full body wax (to cut down on the lice), a neat manicure (for a great first impression) and thick-soled comfortable shoes. At Bonnie’s, we have a ‘Pre-Quest Package’ to take care of the first three, which includes a coupon redeemable at the Cobblers Under The Bridge for the fourth. A bargain.

Bonnie’s also operates a ‘no weapons’ policy, so patrons can relax in the knowledge that there will be no sudden outbreak of violence. We’ll even arrange to have your weapons sharpened while you enjoy your treatments (mystical blades excluded from this offer for obvious reasons). And if you have some downtime between quests, why not enrol in a night class? We currently teach: ‘War Paint and Camo’ (makeup), ‘Disguises’ (extra thick makeup and wigs) and ‘Advanced Interrogation Techniques’ (eyebrow threading.)

So, fantasy wordsmiths, wake up and smell the hairspray. Undertake a quest to the real world! Get yourself down to Bonnie’s Bathhouse, Hair Salon and Nail Bar and use the discount code ‘UglyStepsistersNoMo’ for 25% off any treatment. Whilst we tackle your monobrow, we’ll also get you up to speed on the Maiden Self-Liberation Movement and give you the latest on the King’s proposal for a closed season on dragon hunting. And should you splurge on the new, revolutionary Griffin Egg Albumen Facial™ we might even divulge what the Dark Mage hides beneath his beard. (Spoiler! It rhymes with rubies!)

Amy Kitcher has camped in the Sahara, lived in a Parisian apartment haunted by a monk and survived being run over by a pensioner. When she’s not writing, she’s eating vegan cake. Find her on Twitter @amykitcher