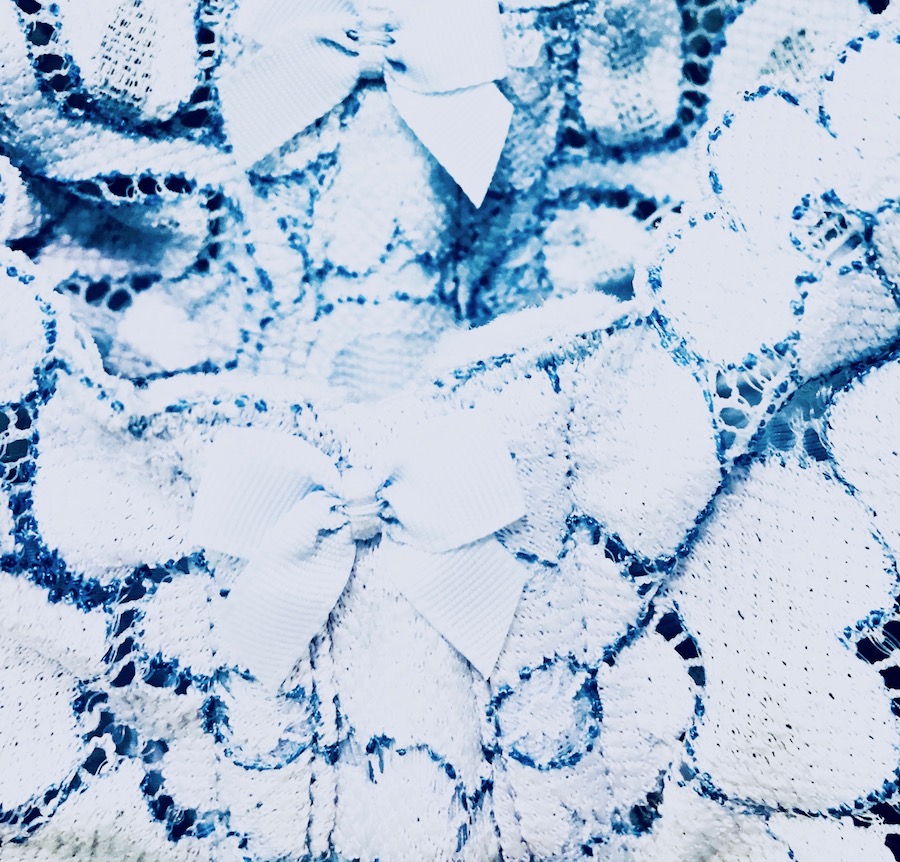 When you go on your first date after 8 years and 3 months, who do you ask about underwear? Magazines are full of articles telling women what to do, but it’s all about the third date and what lingerie to wear for your wedding day. Your best friend isn’t around anymore, your sister doesn’t look you in the eye much. Definitely not your mother. The internet says ‘feel empowered but not restricted’ (unless you’re into that) so:

Option 1: The grey (used to be navy-blue) cotton bra and the big black granny pants you know won’t pinch or ride up;

Option 2: The pink lacy bra and purple lacy pants that could be a set if you squint;

Option 3: Blow the Debenhams gift card from Mum on a plunge bra and some Spanx.

Thinking about it, underwear choice signals intention, so best to decide that first. You didn’t want to spend another Friday night alone with a giant bowl of bhel poori and reruns of Dancing on Ice. So maybe you’ve asked Michael out, the guy who you’ve explained the photocopier to three times. Or it was Roy, who you met at the gym and who’d read ‘That thing around your neck’. Or maybe Michael asked you out for the third time, and this time there was a little stumble when he said ‘Friday’, and you said ‘yes’ before you realised, then asked if you could pick the place.

Where you go for your date also implies motives. Effort versus trying too hard, so:

Option 1: A drink in The Malt House, with the fancy craft beers and close enough to Fulham Broadway tube that you can escape quickly;

Option 2: Dinner at The Locale, with the delicious set menu and the mood lighting, so he can’t see your face when the bill arrives and you’re trying to work who should pay;

Option 3: Somewhere outside, so you look like you go outside, like the Wetlands Centre. But not Kew Gardens;

Option 4: Late night at the Tate, because next to the Picassos he might not notice how you’ve (not) blended your eyeshadow.

Now that’s made you more nervous, time to think about what you could talk about to this man you’ve had three conversations with that weren’t just ‘hello’ and ‘wow, how is it raining again?’ You know a lot about photocopiers now. You remember the old dating rules: don’t talk too much, smile sweetly, don’t stare at their face.

But what happens if he asks about your last relationship?

Option 1: You were madly in love with a man in the navy, but your stuck-up father and your bossy sister told you he wasn’t good enough, and you didn’t have enough self-esteem to tell them to Fuck Off, so it just fizzled out;

Option 2: You were with the same man your whole life, from when you were 17, and he took you to Kew Gardens to propose but instead he told you he was leaving you for your best friend, and now your younger sister doesn’t talk to you and you hope you don’t know why but you know the way he used to look at her, and your mother just says she told you so (which she did), and you’ve spent the last 7 months and 2 weeks eating bhel poori in your kaftan;

Option 3: You were the live-in nanny for a man who looked really good in a frock coat, until you found out he kept his wife locked in the attic so you left.

Seeing all that written down, you realise most romantic stories are not really that romantic, they’re mostly about settling-pretending-to-be-compromise, and you don’t want to do that anymore. And that whatever this date is like, it’s never going to be as bad as that moment by the waterlily garden, watching the man you thought was your forever person walk away. And you miss your sister.

So you sit in The Malt House in your grey cotton bra (under your best blue kurtha), letting a man with beautiful eyelashes make you laugh until you snort Prosecco out of your nose, and texting your sister how he told you that he’d wanted to ask you out for 6 months but thought you’d say no.

Anita Goveas is British-Asian, based in London, and fuelled by strong coffee and paneer jalfrezi. She was first published in the 2016 London Short Story Prize anthology, most recently in JMWW, OkayDonkey and X-Ray lit. She’s on the editorial team at Flashback Fiction, an editor at Mythic Picnic’s Twitter zine, a reader for Bare Fiction and tweets erratically @coffeeandpaneer Links to her stories can be found at https://coffeeandpaneer.wordpress.com