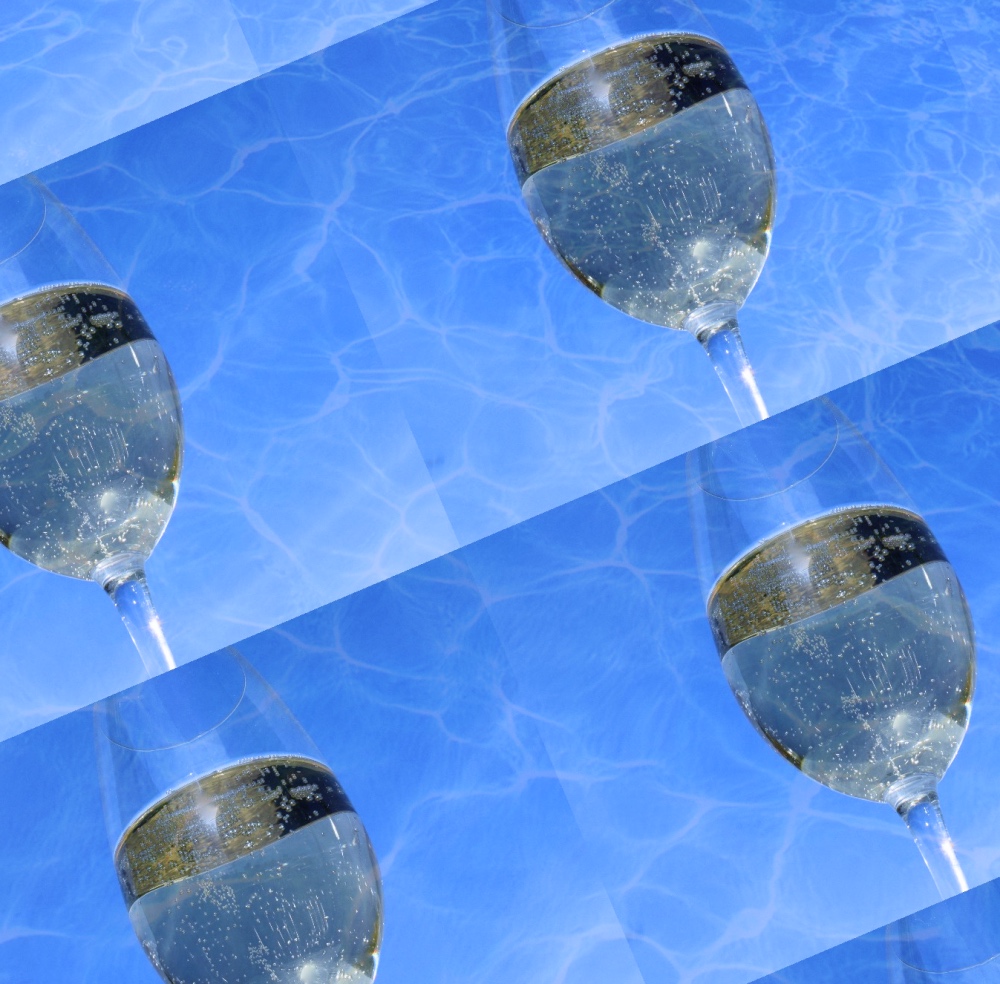 An officer is sent to investigate an abandoned car which has been reported at The Mariner Pub in Nether Stowey at the start point to a 52-mile national trail that crosses the Quantocks and Exmoor to Lynmouth on the North Devon Coast.

Sergeant Alistair Dee groaned and reached for his coat. ‘Got me one of these disappearing couples cases.’

‘Good luck, Sarge,’ someone called after him. ‘Probably some bloke run off with his mate’s missus.’

Laughter followed Alistair as he stepped out into the rain.

He parked alongside the abandoned estate. It looked like a normal family car.

‘The owner was ever so polite, officer. Called in advance. They never ask, usually. Leave their cars here willynilly. But she was a bit posh, you know?’

‘So, there was a woman. And a man? And the car’s been here how long?

‘Six days. There was no bloke though, just ladies.’

Alistair sighed. None of that was very helpful. At The Cottage, they concurred, except on one point.

‘Oh no, there was four of them. One came late. This lot weren’t really interested in the Poet. I know when they only want to use the toilets. National Trust, see? Nice toilets. They were a bit standoffish. Laughed a lot, lord knows at what. Ignored me.’

Alistair stopped taking notes and studied her outfit:  an overelaborate 18th century mop cap and long aproned gown. No wonder they’d been bloody laughing. ‘Do you know where they went?’

‘They were walking the route. They had sticks and that. There’s only one way from here.’ She pointed to a signposted gap in the hedge outside.

According to the map, the path didn’t go through any more substantial dwellings for quite a while. Alistair asked around, but no one else had seen them. Walkers passed through all the time, head to toe in waterproofs, indistinguishable from one another. Alistair knew that at this rate he was going to have to do the route. He hated walking. Hated sheep, and mud, and the bloody countryside code.

After a call around the local B & Bs, he tracked them to Stogumber.  They had stayed in one, an old farmhouse slightly off the route.

‘Picked ‘em up at Bicknoller. All upset they was ‘cause of a lamb. You could tell they were city folk. Seen a lamb on its own and went into a panic. I told ‘em what’s what. Took ‘em to Stogumber. Barely saw ‘em ‘til the next morning. Straight to the pub there, they was. And then I dropped ‘em back where I got ’em, next morning. Couldn’t half talk for England, though. Couldn’t hear m’self think.’

Four women in their mid-forties or so, apparently having a good time. Fit and healthy. Where the hell were they now? They could certainly walk. It was a good fourteen miles to the next logical break on the route. Alistair stuck his head in at The White Horse before he left. The bar was full of a wedding party, some of whom had stayed in the same B & B. The women had made their mark.

‘They were very loud,’ a serious young woman with scraped back hair, complained, ‘and rude.’ Her mouth pursed. ‘I mean their language. Tony, that’s our organist, he had to move tables, the things they were saying.’

‘What exactly did they say?’ Alistair was intrigued. There had been a general murmuring of disgust from the assembled musicians, all of whom had come to play at the wedding. The young girl reddened, her eyes darting around the room.

‘They talked about lady’s parts,’ she said in a horrified whisper. ‘Everyone was so embarrassed, you can imagine. But they didn’t care.’

Alistair turned to the Landlord who shrugged.

‘They were alright. Had a bit too much, I reckon. Language was a bit fruity. But they was harmless enough. Threw ’em out at closing. Heard ‘em cackling across the graveyard back of the church. Probably woke a few dead, they was making that much noise.’ He laughed.

They would have walked the next leg in a howling storm. According to the dates, a serious wind would have blown across the hills. Alistair perked up a bit. That could be the day something might have happened. Maybe a branch fell on them? Would it have got all four at once? He could go home if it had. But it seemed to be the day that everyone had seen them: The B & B owner who’d dropped them off, the lady in the village shop who’d sold one of them a toothbrush, and at least two people had seen them lying on the ground outside Monksilver church.

‘Lying on the ground?’ Alistair echoed.

‘Well, one of them was doing a headstand.’ The woman talking did not appear fazed by this.  ‘Stretching, I think. You know, like yoga.’

Alistair did not know. He felt a sense of confusion about these missing women. They appeared to be relaxed, happy. Enjoying positive camaraderie. Everyone reported them as laughing and chatting. Full of energy. Joyous. He had their names from the B & B and was waiting for his team to give him more information. Maybe that would shed some light on things.

At Luxborough, it was the same story, although they had stayed in the pub this time. Their visit had coincided with a Young Farmers meeting. Yes, they had been drinking and, yes, they had been loud. But so had the Farmers. No one seemed shocked that the women had been ordering whisky and inviting men half their age to dance to Abba in the back room of the bar.

‘They were a good laugh. Nothing wrong with that. Ditched their responsibilities for a week. So what?’ The Landlady seemed to think Alistair had been implying criticism, when what he was, was bewildered. Nothing about these women suggested they were in jeopardy. They were fully engaged with living as far as he could tell. In any case, maybe they were home by now. He called the station. All had jobs and families. Some had kids. One was over fifty. Nothing out of the ordinary. Their families were concerned, but only it seemed because things were getting chaotic on the home front. The inconvenience of it and such like.

Alistair scratched his head. What now? He checked the map. It was a bloody long way to Porlock but that was where they had sent their suitcases. Credit to them for stamina, he thought, and climbed back into his car. He liked them. They were having fun out in the wilds of England. Letting their hair down. And why not?

At Oare he stopped to question a tweeded gentleman walking an ancient chocolate Labrador.

‘Oh yes, I saw them. Or heard them I should say. Singing,’ the man said. ‘In there.’ He nodded towards the small church on the uphill side of the road. Alistair pushed open the low wooden door and stepped down into the nave. His ears strained for an echo of their voices, but all he could hear was the hollow thrum of emptiness. Sitting upright on a wooden pew, he wondered who might miss him if he disappeared. And why.

‘What were they singing? Do you remember?’ he called, heading back to his car.

Happy Birthday. What on earth? Alistair checked his notes. Nope, no birthdays. He shook his head and drove off in silence.

They had been hungry by the time they reached Porlock. It amused him that the pub landlord here was so shocked. The women had walked a fair way after all.

‘They didn’t hold back. Proper ate they did. Crisps, fish and chips-  the lot. And pudding. And put back some beer ‘n’ all.’

‘Were they very loud? You know, talking a lot or singing? Or swearing maybe?’

‘Oh?’ Something unusual at last. Perhaps they were finally getting tired.

‘Yeah. One said: “It’s nearly over”. They were all holding hands across the table like someone had died or something.’ He grimaced. ‘Didn’t stop them eating.’

Alistair watched him head back to the bar and sipped his pint. Did anyone ever question how much, or what, he ate or drank?  Or how loudly he spoke? Would anyone think he was weird for singing ‘Happy Birthday’ in four-part harmony in a small church in rural Devon?  Probably not. They’d probably punch him on the shoulder and say, ‘Good lad’. He wanted to find them –  it was his job after all. But he was also beginning to get the distinct feeling that they might not want to be found.

The path to Lynmouth wound down a deep wooded valley all the way to the sea. The women had stopped at Watersmeet and eaten a cream tea, toasting each other with teacups posing beside the mountains of scones. Not the actions of people in distress. Alistair left his car and walked the last couple of miles into Lynmouth. It was early evening and the village was deserted. There was barely a ripple on the sea where the reflection of the lighthouse shone. High overhead a buzzard circled. The world held its breath in the warm summer air.

After a while, Alistair dug out his phone to report in. There was no signal, of course. That was the trouble with the countryside. He walked along the harbour wall waving his phone up and around. At the far end, below the lighthouse, the bars lit up. He was leaning out over the retreating sand below when his eye was caught by a splash of colour: four scattered pairs of boots, four sets of walking poles and four untidy piles of clothes. One pole was upright and, tied to the top of it was a once white M&S bra.

Alistair Dee did not make his phone call. He walked back to the edge of the village then turned to look back. He swore he could hear the women laughing. The sound of it lifted his heart. They had reached the end of the path and they had carried on. Together. He was not going to be the one to spoil their fun. 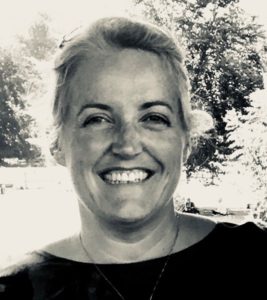 Sarah Nias grew up in Germany and North Africa and moved to England to read languages at university. She is a graduate of the Penguin Writer’s Academy and in 2018 she was shortlisted for The Bridport Short Story Prize and the inaugural Orion Love Story Competition. She lives and works in the South West. Twitter: @Aggie_porter