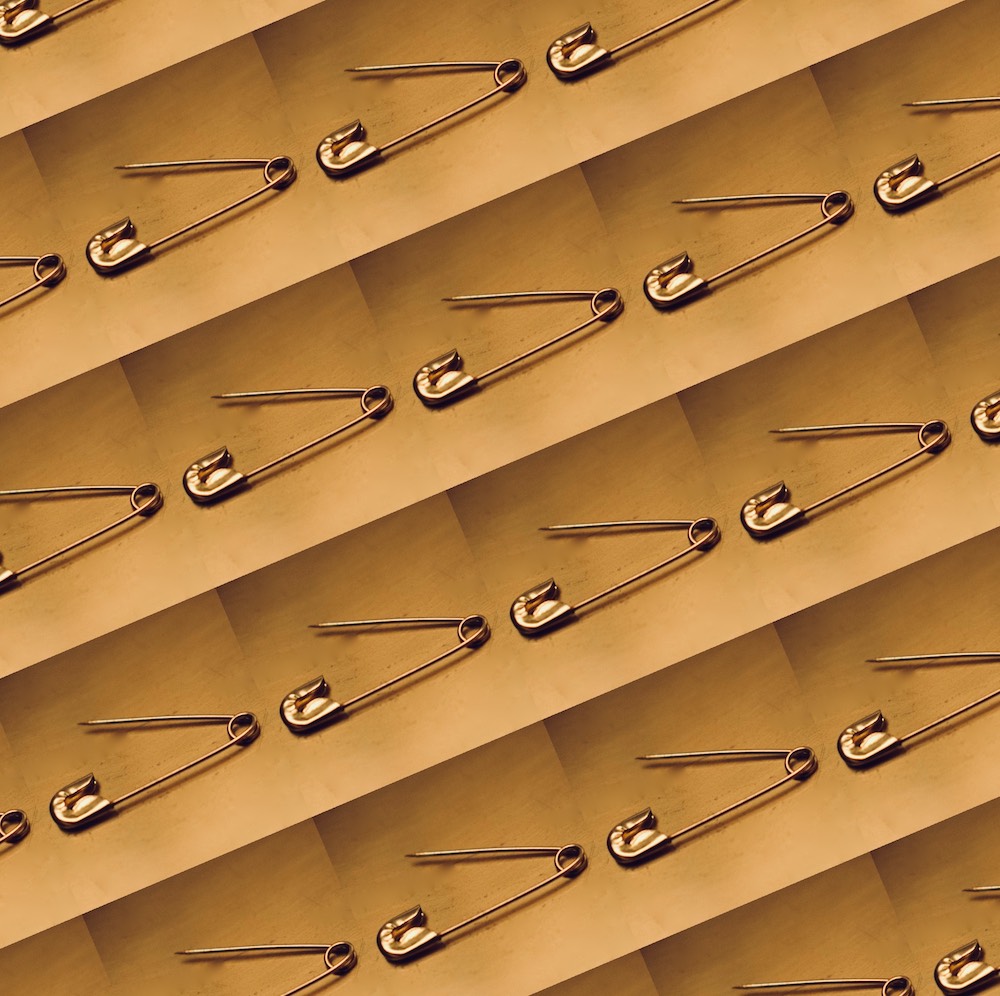 As a kid, I could never keep my blouse tucked into my skirt. I used to attach it to my slip with four big safety pins, but everything came out the minute we hit the playground after lunch – blouse, pins and part of the slip. When I got home, I’d stuff everything into my dungarees, rushing out to play. I’d finally disentangle it all at bedtime, only to start over again before school the next day.

I came of age in the late 1950s, when my two older sisters taught me the importance of keeping my white cotton bra straps hidden. We used tiny gold safety pins to fasten them to the inner shoulder seams of a sleeveless blouse or anything with a wide neckline. It was hard to attach the pin so that none of it showed on the outside of the fabric and the cloth didn’t scrunch up to hint at its presence underneath. Sometimes I just gave up and wore something less dangerously revealing.

Our mother’s messages were contradictory: of course, our bra straps shouldn’t show, but what if one of us were in a car accident and the doctor spied the safety pins? My sisters and I laughed – who would care? My mother’s solution was the Bra Strap Holder with Snaps, a narrow grosgrain ribbon that was sewn into a dress or blouse, then snapped around the potentially offending strap. Surely when a doctor saw that, he would know that we came from a respectable home.

Installing those little bra strap holders was a chore. We had to buy them at our local Woolworths and sew them in exactly the right location to make sure they did the job. We carefully selected which clothes to put them in, because it wasn’t as though we could afford a pair for every garment. We were a family of hand-me-downs, taking hems up and down, and even knitting the sweaters we couldn’t afford to buy. I used to get clothes at charity shops and alter them to fit, rather than be the fifth wearer of a garment my sisters had gotten in the distant past from our older female cousins. I remember sewing the strap holders into clothes and then ripping them out the next year to re-use them in something that was the new favorite.

Google tells me I can still buy Bra Strap Holders with Snaps from China by the gross: no thank you.

I hated all the rules about clothes, especially the big one – that females had to wear skirts, slips, and, once we became teenagers, stockings, year-round. Fortunately, clothing rules began to erode when I reached my twenties. I was out of the country from 1968 – 1970; when I left skirts were required but, when I returned, slacks had invaded everyone’s wardrobe. At about the same time, pantyhose were invented and my girdle and garter belt went into the trash. Within a decade, I almost never wore a skirt and retained just a slip or two and a pair of pantyhose for those rare occasions when I did. Even those have long since disappeared.

It doesn’t really matter these days if my bra straps show. I don’t display them on purpose. I’m not a woman who would wear a bustier as inner or outer wear, have intentional holes in my jeans, or show much cleavage. And heaven forbid that any of my midriff be on display.

But recently I have added vivid hues to my bra collection, going beyond basic black, white and beige – the dullest color in the world. I have stocked up on purple, teal, aqua, fire engine red, fuchsia and more than one shade of blue. When I put on my standard V-neck three-quarter sleeve cotton/spandex shirt and it just happens that my bright bra strap peeks out, I am a free and happy woman. 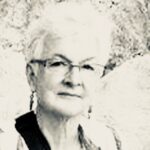 Julia C. Spring is a lawyer/social worker who specializes in mental health and adult guardianship law.  When her professional articles began yearning toward the personal, she started writing short memoir pieces, which have been published in a number of journals, including Persimmon Tree, Touch and Red Fez. In 2018 her essay on compassion in healthcare was a prize winner in The Intima’s contest by that name.