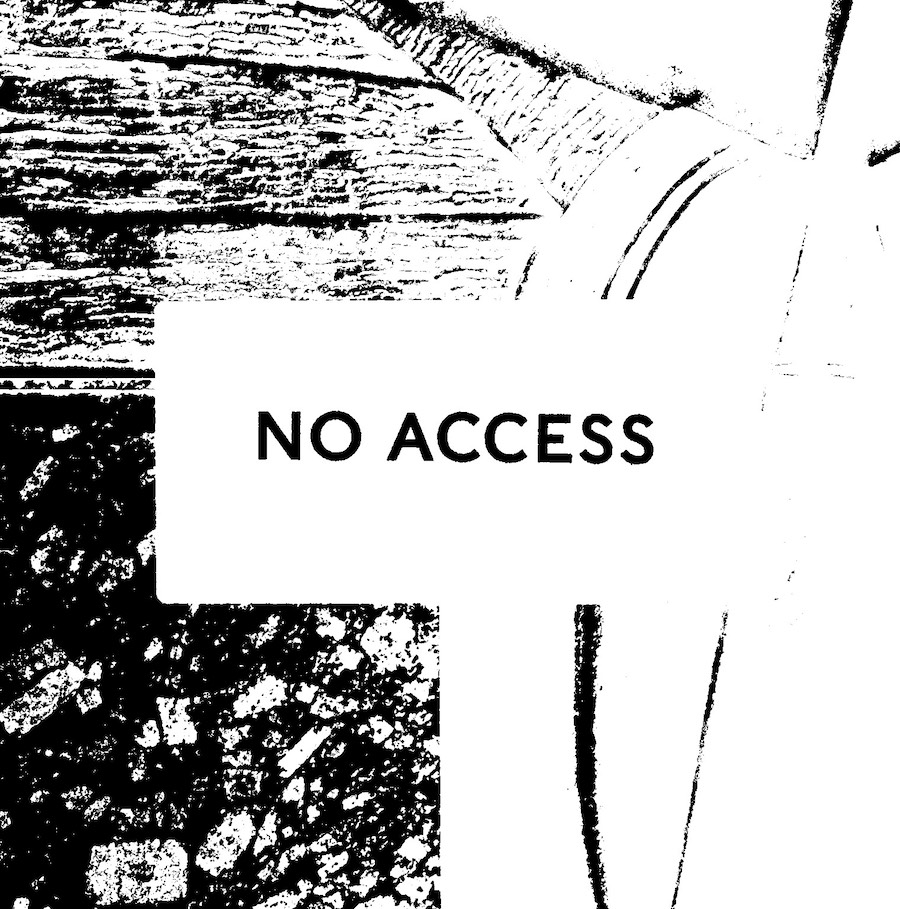 It is with regret that I must inform you that your application for membership of the Jolly Good Fellows Club has once again been rejected.

I would like to reassure you that this decision is based on extensive investigation and a survey of many, if not most, of the people with any reasonable claim to know you. The grounds on which the decision was made are itemised below. If you wish to appeal, please respond within one month.

Ellen was pleased with the letter. It was polite and, in the circumstances, restrained. How Mrs Blenkinsop could imagine her application would be received favourably on this, her third attempt, was, frankly, beyond her. At the same time, however impossible it was to conceive of Mrs B ever benefitting from instruction in polite behaviour, it behoved Ellen, as Membership Secretary, to provide an exemplary reply.

Adding her signature and the official club stamp, she folded the letter into three equal segments and slotted it into a creamy envelope already garnished with a stamp and Mrs B’s address in a neat, almost elegant, cursive script. After ensuring that all the lights and equipment were turned off, she donned the light-weight, high wool content, conservatively-styled navy coat she anticipated would serve her well for at least another three springs and left the premises, locking the door behind her and pocketing the key.

It was with a not uncommon feeling of a job well done that Ellen traversed the High Street at the end of her working day, dropping her missive in the post box as she went. The light breeze and mild sunshine seemed designed to provide the perfect temperature for her choice of attire and she felt as comfortable and relaxed as she was aware of being able to feel. As she passed what she liked to think of as her usual retinue of five o’clock acquaintances, she used her inimitable social sensitivity to select the correct interaction from an extensive armoury of vague nods of recognition, pleasant non-committal facial expressions and the occasional smile of carefully calibrated wattage.

In this manner, a manner which, had anyone been giving it the attention it undoubtedly deserved, would have provided an invaluable lesson in how to negotiate street level social encounters, Ellen arrived safely home at 5.42. She was not obsessed with matters of timing; anything between 5.40 and 5.44 would have been perfectly acceptable.

She hung up her coat, making sure there were no unfortunate folds and that the sleeves were fully extended. As ever, she checked the pockets. Since Ellen never put anything into her pockets, she always found them empty. However, as she was well aware, it would be on the one day she failed to look that some forgotten sweet or glove would result in an unwelcome stickiness or bulge.

Mrs B had met Ellen many years ago on the ward. Ellen had already been there when Mrs B arrived and, at first, Mrs B appreciated what she perceived as kindness to a newcomer. Once she was able to perceive anything that is – it later became clear she had completely mislaid four days. But when memories started to reappear, they contained rather a lot of Ellen.

It took three long, hard, months for Mrs B to climb out of the suicidal depression into which she had sunk. Fortunately, Ellen was discharged quite quickly. On the psych ward small mercies are appreciated.

The letter arrived the day after being posted, the handwriting and the quality of the envelope identifying it immediately. Oh no, thought Mrs B, not another. It seemed Ellen would never forgive that long-ago rejection, when Mrs B had chosen solitude, a solitude she needed to regain her sanity. She opened the letter and quickly scanned its contents to check that it held no surprises. It didn’t. This was the sort of thing she had been half-expecting since encountering a frosty Ellen in the supermarket checkout queue the previous week. Unable to supress a wry smile at the accuracy of some of Ellen’s observations, she set it aside.

Later that day she found she had run out of tea bags. Slipping on a sweatshirt – it didn’t look like rain and the shop was local – she set off with the necessary small change. It was only on the way back that she realised she had pulled the door shut behind her without picking up the key.

Oh, for God’s sake, what’s the matter with you? her internal voice started. That’s so ridiculous. You’re obviously losing your marbles.

‘Oh shut up’, she retorted, drawing a slightly surprised look from a passing neighbour who had failed to register on her consciousness at all.

What to do? She paused to consider her options. Climb over the back gate, smash the window, climb in? Physically demanding, risk of harm, would cause expense. Call her daughter, ask her to come round with spare key? Would involve being lectured, create unnecessary anxiety and distress. Plus she’d have to find someone with a phone first.

Maybe something else would occur to her if she gave it a little more time. It was a pleasantly warm day and she didn’t have to decide what to do right away, did she? She listened for a moment but the voice was silent. Good. She took a deep breath. Warmish late afternoon spring air, base notes of dust and petrol with vegetative-type top notes. Mrs B was no horticulturalist, but she could appreciate a tree when she saw one.

She headed for the park. A green oasis provided by a local council still finding the cash to occasionally cut the grass. With an old-fashioned Lido, patronised by a significant collection of wild geese, ducks and even, sometimes, a pair of huge white swans. Mrs B sat on a flaking bench and sought tranquillity. It wasn’t easy. Stomach-level tension, deeply ingrained over many years, thrummed.

She ran through her well-trodden repertoire. First, she tried accepting the discomfort. It was fair enough in the circumstances. Then she moved swiftly on to accepting that she didn’t want to accept it. She didn’t want to sit calmly with her anxiety, she wanted it to go away. So she counted her breathing for a bit. But on this occasion that just felt boring. And pointless. Now she was fully conscious of her breathing and equally fully conscious of her anxiety. Oh shit, thought Mrs B, starting to feel a little panicky. ‘Stop it’, she said crossly to herself, loud enough to startle a ladybird she had failed to spot crossing the arm of the bench. A failure which was not unreasonable. It was a very small ladybird and, unlike Mrs B, it was doing nothing to draw attention to itself.

Mrs B continued wrestling with her inner demons. Though nowadays it was more like being surrounded by several grumpy elderly people arguing about whether she should take up crochet or model boat sailing, two pastimes in which she had not the remotest interest. It was extremely tedious, and Mrs B wished it would stop. Yes, yes, OK, she found herself expostulating – silently she hoped – I know I only have to make a decision about getting back into the house. But I don’t want to. I don’t fancy either of the options. Now she felt like a petulant child.

At that moment she surfaced long enough to notice Ellen Circumspect approaching. Strangling the expletive that rose instinctively to her lips, she managed to utter a groan instead. No expletive existed which was sufficiently mild not to offend Ellen Circumspect. Whereas a groan might result from a momentary physical discomfort.

‘Oh, hello, Mrs Blenkinsop, how are we today?’ said Ellen, taking a seat as if by divine right.

‘I’m very well, Ellen – how are you?’ Mrs B had long since abandoned hope of persuading Ellen to give up formal address – indeed she had reached the point of feeling grateful not to be addressed as ‘Mrs Stanley Blenkinsop’ – but she was damned if she was going to reply in kind.

‘One mustn’t complain. Busy as ever with all my committee work. So much paperwork, so little time.’ With that desperate, awful, tinkling laugh in which not a trace of humour had ever been detected.

‘Are you heading home, Ellen? I’ll walk along with you if that’s OK.’

‘Yes of course, Mrs Blenkinsop, that would be pleasant.’

The two women walked together in what would have looked to any observer like a companionable silence. But Mrs B couldn’t resist.

‘And how’s the Jolly Good Fellows Club coming on? Many members yet?’

Ellen fixed her with a stern look.

‘Really Mrs Blenkinsop, I would have thought you would know better than to enquire about the membership. It is of course entirely confidential. As Secretary I could never betray that trust. Really!’

Having once again, rather generously she couldn’t help thinking, accommodated Ellen’s delusions of grandeur, Mrs B arrived home. No, she wouldn’t break the window, that would be silly. She’d give her daughter a call; next door would let her use the phone. Angela would enjoy feeling helpful. And what did it matter that she’d look a bit daft? She’d looked a lot worse than that in her time.

Currently enjoying writing flash and short stories, Sarah Mosedale has been published in Ellipsis, Flash Flood Journal and Paragraph Planet. She also has a piece in the forthcoming Flash Fiction Festival 2019 anthology. She’s been longlisted for both Flash 400 and Flash 500 and has performed her work at Verbose and That’s What She Said in Manchester, UK, where she lives. @moseywriter