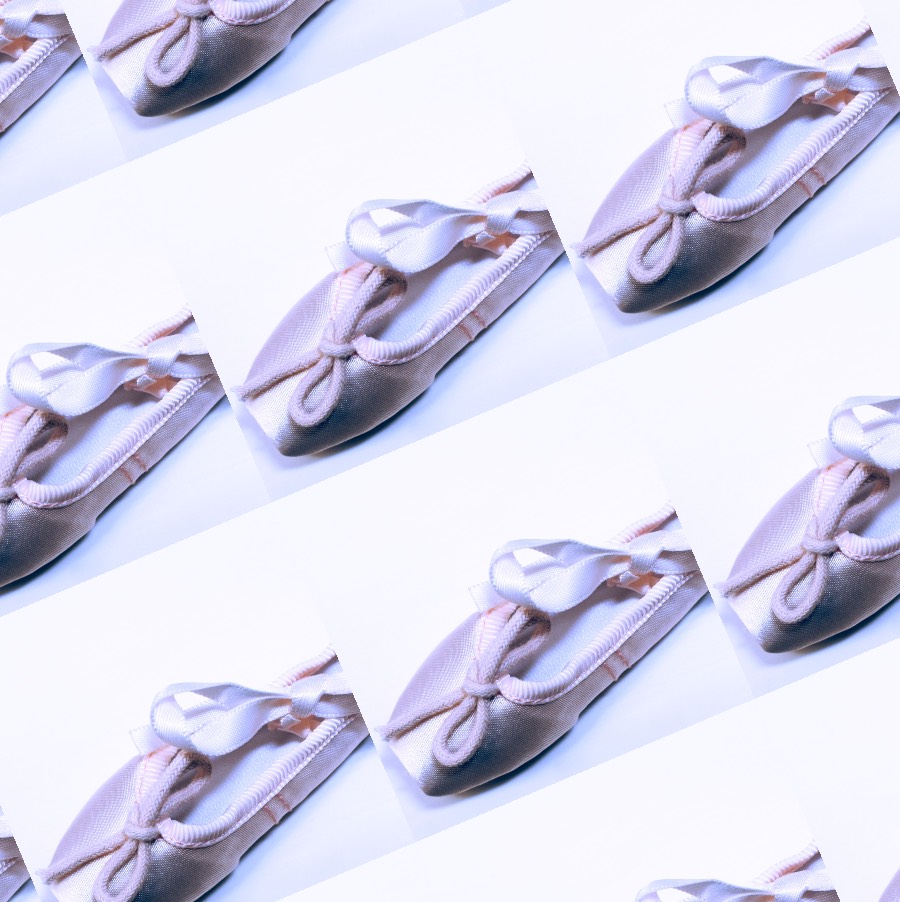 I’m not a morning person. Occasionally at university, I got dressed in clean clothes before bed to skip the task of finding clothes before early morning classes. I also don’t enjoy shopping and I wear the same things until they sprout holes or no longer fit. Between not being a morning person, and not caring much about my appearance, I can literally get ready for work in thirty minutes.

My current morning routine involves showering, which, I’m embarrassed to say, is more of a way to wake up than a way to get clean. Shampoo and soap are occasionally involved, but I have a casual, non-committal relationship with both in the morning. I brush my teeth and put my clothes on in the dark, because my husband leaves for work after me. My usual clothing choices are full-bottom underwear, black socks, pants, and a shirt.

Today’s clothing choices were only slightly different as I prepared for work. I was wearing a grey tunic over my only pair of black yoga pants. ‘Tunic’ is a newer word in my lexicon. I’m told that it’s a name for a long shirt that covers your bum. It could be long-sleeved or short-sleeved – mine was long-sleeved. My husband admits that he loves yoga pants on women and wishes I’d wear them more often, but apparently not the way I wear them, with long shirts – otherwise known as tunics.

I woke up about an hour after arriving at work, and, by lunch time, I was at my prime. I was ready to eat and start some productive socializing, having not done much chatting for most of the morning.

There’s an employee washroom with two stalls that I use at lunch. I went in and sat on the black-and-white toilet, relaxing for the first time since arriving at work. I looked down at the pants that I was wearing – kind of like an aerial view of my lower half. I gasped, and I’m sure people outside the washroom heard me. These aren’t my pants! I looked again. They’re a size too small and they’re Lululemon. I don’t wear Lululemon. (I only learned the correct way to say Lululemon about five years ago. Before that, I was saying Lu-lu-mon.) I can’t afford these pants, and I’m not thin enough or sexy enough to wear these pants. What sexy, thin woman left these pants in my bedroom? Why was she removing her pants in my bedroom? How did she exit my bedroom without her pants? Did she leave her pants, as a trophy, for my husband? The thought of having to wear the pants of the woman who had screwed my husband was a slap in the face. Their disgusting sex-cocktail from their tryst is most likely dried up inside the crotch of the only pants I have to wear, and now I need to pull them up and face my colleagues.

After returning to the lunch table, I tried to act normal while conversations were swirling around me.

‘Oh, I couldn’t,’ I answered with a smile, because I am wearing the pants of the woman who fucked my husband, ‘but thank you.’

I couldn’t handle it. Everything they said made me feel like my head was about to explode. I had to tell someone about her pants being on my body, so I asked a friend to escort me to the washroom. This is a request one usually makes while drunk, or in need of private advice, but she acquiesced anyway. When we got inside, I locked the door, leaned in and said ever so slowly: ‘I’m wearing… another woman’s…pants.’

I repeated myself, almost hyperventilating.

‘Where did you get them?’

‘Neither do I, but I just realized about ten minutes ago in the bathroom that these aren’t my pants.’

‘Whose are they then?’

‘I don’t know.’ In my head, I was screaming: The woman he’s having an affair with!

‘Who do you think they belong to?’

I stared at her. ‘Maybe the woman that my husband is sleeping with?’

‘What makes you think that he’s having an affair?’

This was too much for me, and didn’t make sense. I’ve watched a lot of movies where people have affairs, and I’ve even known a few people to find out about their partner’s cheating, and it’s never because someone accidentally put on someone else’s sex-ridden clothes from the night before. It’s always lost phone bills, last minute outings, or late-night texts.

When I arrived home, I ripped off the pants and snuck into the bathroom to call my friend. She told me that they had to be mine. When I explained that they were Lululemon, she agreed that they couldn’t possibly be mine. After more circular conversation, she advised me to ask my husband about the pants.

My husband wasn’t due to return home for another hour, so I had time to do more sleuthing. I ran into my daughter and asked whether she’d seen any strange women in our house. She found the question weird and told me so in her accusatory teenage voice. I held up the offending pants with one finger and asked her, ‘Do you know who these pants belong to?’

‘She dropped them off a few days ago. She said they’re too big for her, but might fit you.’

‘Why didn’t anyone tell me? Where was I when she came over?’

‘You were out. I guess we forgot.’

‘It’s important to tell me these things! I went all day thinking I was wearing another woman’s pants!’

A slow smirk spread across my daughter’s face as she processed the chain of events and what had probably been going through my mind all day. ‘You could have asked me this morning when you put them on,’ she replied.

‘I didn’t notice till I got to work that they weren’t mine.’

She was laughing unabashedly while I collapsed, emotionally exhausted, into a living room chair. I’d lived through an affair, an impending divorce, and a reconciliation, all in one day, and I hadn’t even seen my husband.