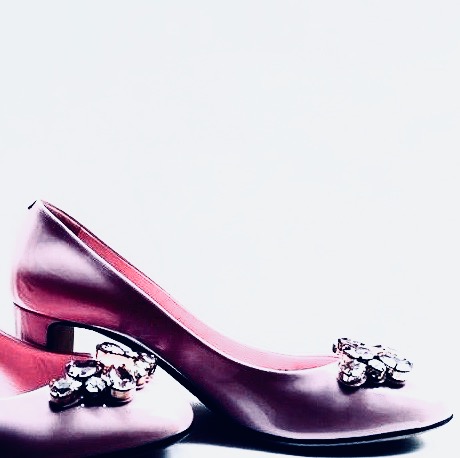 Anne was an ungrateful bitch right from the start. For all the thirty years of our acquaintance, I was the one pampering her with year-round gifts: expensive spas, massages, chocolate body-wraps, exquisite pedicures, comfy sneakers and posh high heels, which, I have to say, were almost above my budget. I worked my butt off to please her.

I took her to Istanbul, Vienna, Chamonix, New York and Paris, and never, ever complained when she got tired, when she got bored, when – dismissive of my success at securing a booking – she didn’t want to go to a Michelin-starred restaurant because she refused to dine out wearing her old shoes. Old? She’d had them for three months!

I should have known she was a rat, right then, shouting at me that her toes burned from walking. After all I’d done for her. Buying the sea salt and all the foot creams I could find in the nearby pharmacies, getting her those UGGs that never went on sale. Oh, she went nuts, throwing those boots right into my head, knocking me down. I had a mild concussion and a tiny boot mark on my forehead. My doctor prescribed a good rest and no stress, so I had to spend three days in bed without social media or TV.

Three days without TV was no big deal, but not spying on my ex by means of four anonymous accounts on Instagram was torture. I so wanted to pretend I was a super-hot, super-sassy, kitty-adoring, hygge-obsessed someone – Lavignia, say, – eager to get to know him. I’d get him raving about me, adoring me, and then dump him, just as he’d dumped me the previous summer. And, yes, if you guessed whose fault it was, you’re right. My ruined marriage was Anne’s fault entirely:

I’d been a little tipsy that summer evening – so what? I hadn’t intended to fall into that swimming pool at the stupid corporate pool party, but Anne couldn’t maintain her balance, and voila! I ended up soaked, almost naked, my glittery top having become transparent and showing the contours of my boobs in front of all those big-headed CEOs and execs. What a shame! Anne was feeling so freaking comfortable in the new shoes I had bought her a day prior to the event. She seemed so happy with them, that I couldn’t see her unfortunate slip coming. I suspect my then husband would’ve been happy if I’d never resurfaced from that pool, gulping for air, so that he would not have had to deliver so many excusatory speeches to his superiors. But I emerged from the water and gracefully swung across the green lawn as a water nymph – okay, as a drunk Ariel-the-mermaid.

Do I need to tell you that we had a terrible argument once we arrived home? Do I need to tell you that he said I was consuming unacceptable amounts of alcohol? That I was disgraceful and had never cared about his reputation which was now ruined, all because of my ‘pool accident’? Well, to his credit, he didn’t get the promotion he was hoping for and his career prospects took an unfortunate turn, leaving him jobless shortly afterwards. But how could I explain that I wasn’t the one responsible for all of his drama but that Anne, my left foot had a mind, a life and exquisite taste all of her own?

For instance, Anne loves body butters. She insists on waxing every two weeks. She prefers dark black shimmery nail polish, except in the summer. I never disagree in fear she’ll let me down in the middle of nowhere – perhaps on top of the ski slope, as she did last winter when she refused to move and I had to hop on my ski instructor’s back to get to the mountain cabin we were renting. For the record, I paid for the ski instructor’s back surgery.

I never doubted her decision to avoid jogging, for there I felt her boredom and pain and misery. I understood she was not a good stretcher or runner or yogi. I knew she was terrible with figures and would want to escape the office whenever David, our boss, asked us to make a new table in Excel. I knew she would never run a corporate marathon, even though I gave her beautiful sneakers for her birthday. She could have tried them at least once, pretending she liked them, but she didn’t. Our firm lost out on the prize for best corporate social responsibility venture because sweet Anne refused to become a captain of the women’s football team, emphasising that she’d had enough of philanthropy.

I admit that there was one time she was right: The ‘Secret Santa’ gift exchange this year. Anne received only a box of melted minted chocolates, whereas she had given a lovingly chosen coffee mug, striped slippers and reindeer-print pyjamas to our boss – aka Mr. Scrooge. The pyjamas were probably a little too personal. Perhaps it was a statement of some sort, underlining the fact that Anne had enjoyed the comfort of slipping under his pleasantly cold and smooth silk bed sheets, rubbing her duly moisturised self over his hairy body every morning while his wife sunbathed in Bali. No wonder Mrs. Scrooge started checking-in at our office every day after she got back. And yet no one except I knew that David had a soft spot for boxers printed with green butterflies, and that his feet deserved much better treatment. I swear I didn’t tell anyone. I was at Anne’s side when she ran in panic and locked herself in the office bathroom because Mrs. Scrooge had noticed that Anne was wearing sandals identical to a pair of her own.

Did Anne care? Not a bit. Nor did she care when, at the annual office retreat, David – Mr. Scrooge – announced he’d been promoted to regional director and appointed Leonor, my colleague of ten years, to the senior manager’s position to ensure a “smooth transition” during the “thrilling journey” ahead. I couldn’t utter a single word the whole evening. Got drunk. Vomited. On my new shoes. Anne got furious, blood-thirsty furious.

When a police officer appeared on my doorstep, I wasn’t surprised. I’d always known that Anne, with her unpredictable mood swings, would eventually get me into terrible trouble. But seeing Leonor’s photo from a police report with an oh-so-familiar green stiletto in her throat was a bit much. Too expensive and posh they were, those stilettos. Four months’ pay, to be precise. I’ll now have to buy Her Excellency Anne new sneakers. Yesterday, she confessed she has to run. 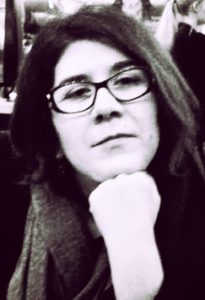 Nino has a professioanl background in Film, TV and journalism. She frequently blogs at www.shewrites.com and can be found on Twitter: @NinoGuguni