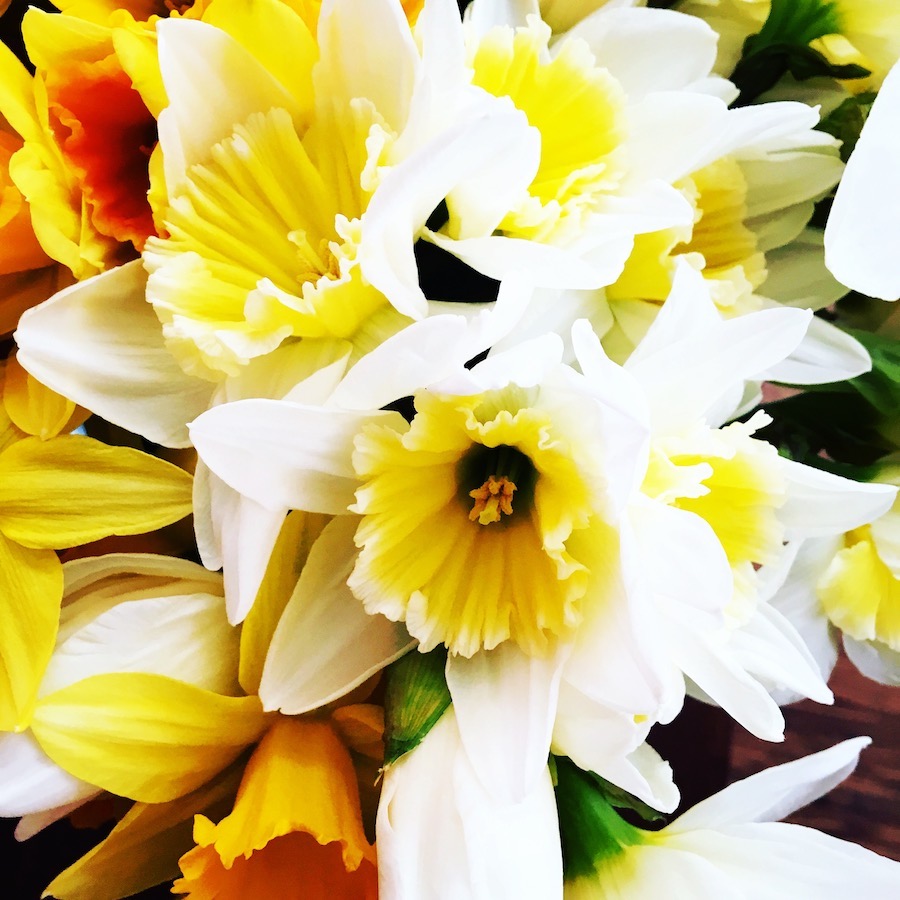 Our new Polish couch was delivered on Thursday. It’s important to know that it was a Polish couch because my husband, Scott, is part-Polish from his mother’s side and brags about his roots whenever he can. If the couch could talk, I’m sure it would shout out a cześć and na zdrowia (the only Polish words my husband knows) while they are bonding over a beer and a hockey game. Near the end of the couch’s life, I fully expect the couch to be requesting a seamstress for mending before we pass it on to someone else. According to my mother in law, repairing items for longevity and giving things to others when you’re done with them is central to the Polish experience.

Shopping for furniture always plagues me with guilty questions like: ‘Will I still like this in two years?’ and ‘Will it last?’ Our previous couch was in our family for fifteen years before we had to dismember it with a chainsaw in order to get it through the backdoor and down three-floors of black, wrought iron fire escape.

Like any European import into Canada, the new couch was expensive, but my husband and I both loved it. After all, it was the most practical couch that we had ever seen. It had two places for storage and movable arm rests, plus it could transform into a bed. If my mother in law were to come back from the grave, she would beam at the couch’s functionality and then die all over again at the price tag.

We bought the couch and, like any financially conscientious consumers, we negotiated free delivery. I made the deal with the salesclerk since, according to my husband, the person who talks to the sales associate first is inextricably tied to them. This new information will make for a more interesting shopping experience the next time we go to buy a big-ticket item together.

The store required that we put down a deposit. We had to pay with cash or debit to get the sale price on the item and the free delivery. We asked the sales manager whether we could pay debit for the couch and she replied, ‘Sure.’ As it turned out, Scott had enough cash on him for the deposit and we eagerly signed the contract before leaving. While we waited, he and I chatted about how interesting it was that we could have a couch delivered without paying the full price upfront. We decided that it must be that the Polish do things differently.

Four days later at five o’clock in the evening, our versatile, tan couch showed up in four boxes, ready to be assembled by two middle aged, deliverymen – Polish of course.

In one hour, the delivery guys had finished assembling our Polish-made pride and joy in the basement. All the fine features, including the lift-up storage compartment and the pull-out trundle bed were pragmatically demonstrated for us. They took the boxes to their truck and returned to our back door to hand me the delivery slip, which I signed. But they continued to stand in my kitchen.

‘Thanks again,’ I repeated with a smile.

The short and stocky one asked, ‘Can we have the payment now?’

‘You have to pay for the couch,’ the shorter one asserted.

‘We’re paying debit for the couch. Do you have a machine with you?’
Are you kidding me? I don’t have that kind of cash on me. I asked them, ‘Do you really expect me to hand two delivery guys three thousand in an envelope?’

‘The house we were at before gave us ten thousand. And I’m not the delivery guy,’ the shorter one retorted, ‘I’m the manager of the storage depot.’

‘Maybe the owners of the previous house were informed beforehand. I can’t get that kind of money at six o’clock at night.’

‘We’re not leaving your house until we have the money.’

‘Then I guess you’re not leaving,’ I replied. From the corner of my eye, I saw my teenage daughter tip-toeing out of the kitchen in search of a safe place to hide for the unforeseeable future.

I called the store. The manager explained that, yes, I was supposed to hand over three thousand in cash to their delivery people. We argued back and forth about debit versus cash and what had been agreed when we first bought the couch. Finally, I gave up and announced that I would have ‘my husband drop by the store on his way home from work’. At this point, I was aware that I sounded like Mrs. Cleaver from a Leave it to Beaver episode, but I had had enough. My husband has always been very good at using his Eddie Haskel polite voice to get his way, so he could handle the situation.

I hung up the phone and glared at the two men in my kitchen who were beginning, in my mind, to morph into loan sharks. I informed them, as I filled the cat bowls, that I had to go ahead and make dinner for my children. Even-tually, I asked if they would mind waiting outside. They refused. I started to boil water for pasta and cut up tomatoes, while being acutely aware of being watched by two looming men at my back door, as though I were auditioning for a mobster cooking show.

My thirteen-year old peeked out from the living room and then strutted back out without looking at the menacing figures standing in the kitchen. She suggested that we turn up the music but I didn’t want this to get any weirder than it already was. After about thirty minutes, I heard one of my sons singing as he skipped through the backyard and thought, Oh no, how is this going to work? The men moved aside when the door opened, and I could see my ten-year old glancing at them as he removed his boots and coat.

‘Is the couch downstairs?’ he asked.

I told him it was, and he ran down to look at it. As he came back up, he slowed to pass the strangers and sat down at the table about four feet away from them. The tall, slightly overweight one leaned against the wooden bannister leading to the basement, while the shorter one leaned on the back of the banquette in our kitchen.

After a few more furtive glances, my son asked, ‘Is everything okay with the couch?’

I knew where he was going with this. I answered, ‘Yes, it’s great,’ and smiled.

‘Was it supposed to come with pillows?’

‘Was it supposed to be a different colour?’

‘No, we wanted that colour,’ I said, somewhat enjoying this one-sided game.

I was still cooking, trying to appear casual. My daughter was now also sitting at the table, trying hard to maintain a straight face.

‘Are we too poor to pay them?’ my son wondered out loud.

I couldn’t keep it in any longer: Uncontrollable, nervous laughter poured out of both my daughter and me . The strangers barely cracked a smile.

I finally calmed down enough to explain, ‘No that’s not it either. Daddy is at the furniture store right now and he is working out some things with regards to the couch. Everything is fine. Let’s sit down, eat dinner and pretend that it’s just us here.’

By this time, I had given the men a drink of water. I wanted a stiff drink, but I didn’t want to show any sign of weakness.

At about seven, the phone rang. My husband informed me that the couch was paid for. I asked him where he managed to get the money at this hour and he said that he had broken into a bank. I did not find this remotely funny, not while I had two strangers still staring at me. After I hung up, their cell phone rang, and they began speaking in Polish – probably about what idiots we were. At last they left my house and I made that long awaited drink for myself.

Later that night, we heard a scratching sound coming from inside the couch. I left my family to deal with whatever the ‘friendly mob’ had transported inside our couch from the storage depot, and poured myself another drink.

It looks like the couch and I are going to get along about the same as my Polish mother in law and me. I raised my glass of wine, looked up, relaxed my shoulders, and said ‘Na zdrowia!’