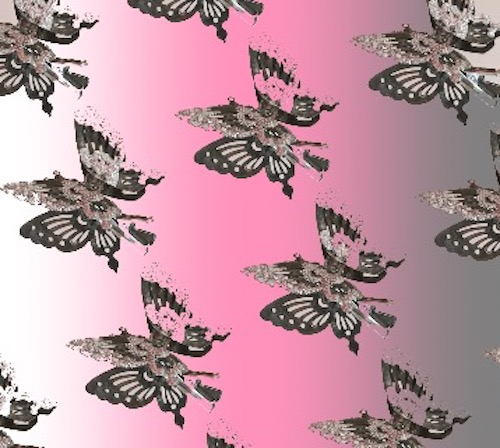 Yes, I’m writing about fear. Fear of what my body – that I neglect, adore, push around, abuse, indulge, hate and love – plans to do to me. I’ve been told since I can remember that people die one day. Which is a lie in itself. People don’t die. Why would they? Bodies die. The trouble is they take their people with them.

My body is a callous, relentless diagnosis walking around with me, wherever I go. In this body are stored the codes of its own demolition.

Because I haven’t been well. Have you been well? Yes? Good for you. You’ve done everything right: eaten right, not smoked, not had more than three drinks a day, exercised, kept up with screenings. Bottom line, you’ve been good. I have not. I’ve been bad. I’ve broken all those rules, and a few more, like not stressing about dying. I can hide this from everyone else, but how from my body?

It keeps tabs on me. It diagnoses moral failings, weakness of will, of character. It spies on me. Files away my badness in tissues, cells and DNA. It silently, furtively tracks me, matching my badness with cause and effect in disease etiology. And now it’s going to tell on me. My fucking body is going to tell the ‘wellness’ checkers that the proper diagnosis for me is ‘ill’. It’s going to tell them to look at me that certain way: somewhere between pretend sympathy and ‘there but for the grace of god, amen’. The checkers won’t even listen to me anymore, though their lips will move and their eyelids bat. They’ll be listening to my body, nodding little internal heads, agreeing with whatever my body says against me, holds against me. “She’s been bad,” it will say, “don’t listen to her. Just put her away. Right now. In whatever horrid little room you have with pretend cheerful walls and soundless air. Just put her away. Rip off her clothes and excuses.”

What kind of deception is that?

My body, little sailor obscenely wrapped around my poor Sinbad. My body, a hostile gadfly, watchtower with guns cocked, prison guard. And even these you might escape, but my body and I are inseparable. It’s like Caleb Williams’s master in William Godwin’s eighteenth-century novel called Caleb Williams where the master hunts down Caleb who saw him doing bad shit. It’s worse than God. It’s the death sentence it came with.

Today I took it aside for a tough talk. It has just threatened again to shaft me in a screening. I asked it, standing it against a wall: “What’s your problem? Do you enjoy being miserable?”

I might have known. It said to me, lips curling in a slow smile, “Who’s miserable? I’m just diagnosed. You’re miserable.”

I hail the cab to hell and go.

All the way, it leans back in the seat, leers at me, and winks. “Worried?” It asks.

It doesn’t reply, just shifts in its seat and stares out the window at a red light. I try to guess its thoughts, its next move. Does it feel any remorse about what it’s putting me through? It ignores me. It’s waiting to get to the clinic where it has special privileges I don’t have. I almost wish the driver would go through the red light, into the path of roaring cross-traffic, just to teach it a lesson. Show it who’s boss.

And then it strikes me: the sum of me is my body and its diagnoses, former and impending. It’s my alter-ego, my Dorian Gray. It knows things that it shares only with my doctor, and then they gang up against me and start the long, slow process of frightening me to death. Dragging me down to the level of the common corpse. Of all the other also-rans. Of all those who had diagnoses. My body, knowing, biding time, in the knowledge of other diagnoses I don’t know yet. My life, my death. 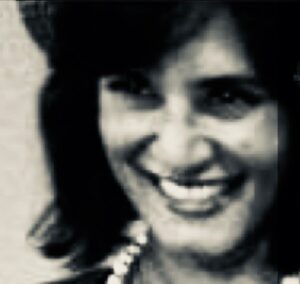 Nandini was born and raised in India and has called the United States her second continent for the last thirty years. Her first novel, Love’s Garden, was published by Aubade Publishing in 2020. Her short stories have appeared in Saturday Evening Post Best Short Stories from the Great American Fiction Contest Anthology 2021 (forthcoming), the Good Cop/Bad Cop Anthology (Flowersong Press, 2021), the Gardan Anthology of the Craigardan Artists Residency and The Bombay Review, amongst others.