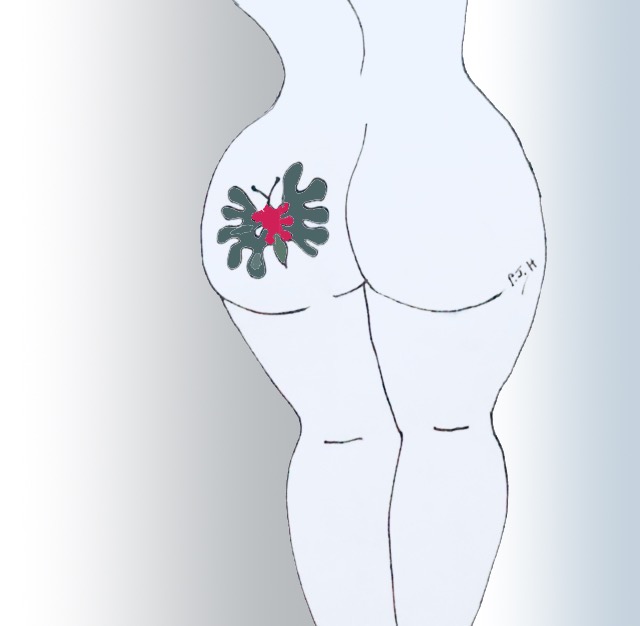 When he was younger, Johnny Depp got a tattoo for his fiancée which said ‘Winona forever’, and then when they split up he had it changed to ‘Wino forever’, which seems like a premonition given his recent history. I agonise over what my tattoo should be, dreading a misstep like Johnny’s. I write a list of rules for getting the perfect tattoo:

POINT 3: No foreign scripts – how could I be sure it says what I want it to? Did you know, for example, that Ariana Grande’s Japanese tattoo actually reads ‘small barbecue grill’ or that the name of Orlando Bloom’s son was spelt incorrectly in Morse code?

POINT 4: It needs to be beautiful and meaningful – unlike Amanda Seyfried who has the word ‘minge’ tattooed on her foot. Unless of course ‘minge’ is meaningful to her – maybe a nickname?

One of my best friends got a tattoo on her backside when she was travelling through Australia. It looks like a brightly coloured splat, but is supposed to be a butterfly. I shuddered, tactlessly, when she showed it to me, then had to praise it effusively to cover my judas-tracks.

‘It’s so primitive and full of fun. It really plays on your youthful nature. What a great souvenir of your trip,’ my forked tongue said to her.

I spend a lot of time on the internet researching. Do I want an image or some text? Do I want bright colours or monochrome? I want something subtle. I loathe those sleeves like David Beckham has or that big blousy rose that Cheryl Tweedy-Cole-Fernandez-Versini-Tweedy covered her back with.

I finally decide and the big day dawns. When I return my flatmate is excited.

I show her the small black dot on my wrist.

‘Is it a planet, a full-stop, a singularity?’ she asks in an awed voice.

‘No, it was so bloody painful I stopped him as soon as he started. I’m never having a tattoo,’ I say. ‘Do we have any wine? I could do with a drink.’ 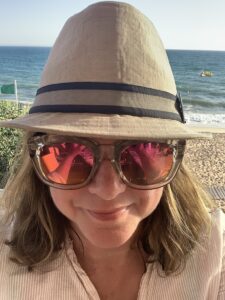 Maria Thomas is a middle-aged, apple-shaped mum of two. During daylight hours she works in technical risk and control for a financial services firm, a subject so mind-numbingly dull that she spends the witching hours replenishing her blood cell count by writing.