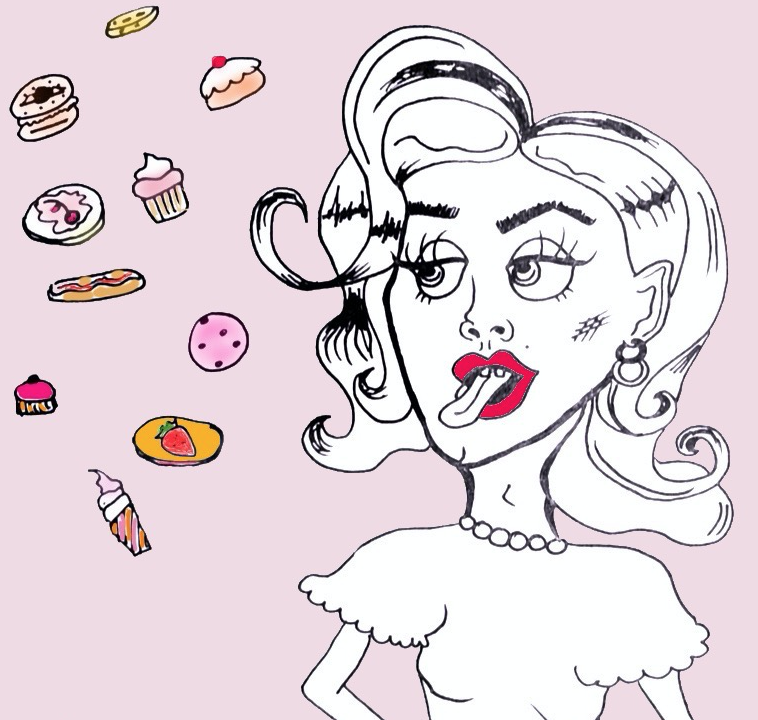 I’m normally super perky on the early shift. It amuses me to piss off Debra, who sulks about needing caffeine and only turns it on once the doors open. I bounce in at 7.30am. Sometimes I sing. Kate did this dance once at the morning meeting – I’m alive, awake, alert, enthusiastic! It had hand movements and everything. I was cracking up in the background and Debra’s face was thunder. That’s one of the things that first attracted me to Kate when she joined – she could give as good as she got. She had a fun streak that was just a little bit chaotic evil.

This morning is more subdued. I pretend to be shocked when they tell us about the state of the stockroom and skulk off to survey the wreckage.

Boy, we did make a mess, didn’t we? Kate isn’t on today, lucky cow. She’s probably still asleep. I haven’t heard from her since we went our separate ways after midnight. I wonder if things will change now. Too late to go back. There’s no unlicking the things I’ve licked.

The tension had been building for weeks. There’s only so many ways you can bend over sluttily and flirt outrageously and send sex-eyes at someone when you’ve got sticky preschoolers pawing at you and eight-year-olds sword fighting and mums demanding discounts. Eventually you have to get yourselves alone.

So last night we were both on lock-up duty and there was no way it wasn’t happening. But she was the one who started it.

‘Let me paint your face,’ she said, with a hint of challenge in her voice, tucking the paintbrush between her teeth. Of course within five minutes, my bra was off. She opened three boxes to get enough blue for her design. And five minutes after that… Oh, the things that girl can do with a sponge.

I start picking up boxes and stacking them. I swore to Kevin that everything was pristine when we left at 8pm. They think vandals broke in and stole what they could carry. Actually, we did have to throw away quite a bit. I mean, you can’t box it back up and sell it afterwards, can you?

They’ve opened the doors already and I can hear the first kids squealing in.

Each thing I pick up is a flashback. I’m glad no-one’s here to see me smirk. Less than ten hours ago, I was tied to this shelving unit with a pair of slinkies. Now that’s creativity. I think I was the one that made that entire stack of Lego boxes fall down. But I’ll have it all squared up in less time than it takes to run the battery down on a vibrating pull-string turtle.

I wonder when Kate and I are next scheduled to work together. Wednesday night? Good. The pick-and-mix has needed reorganising for a while.

Elanor studied literature and linguistics at university before training as a Speech and Language Therapist. She has worked in the NHS for six years, only recently turning to writing as a creative outlet. When not reading or writing, she enjoys hikes, cooking and other people’s dogs. Twitter: em_banks