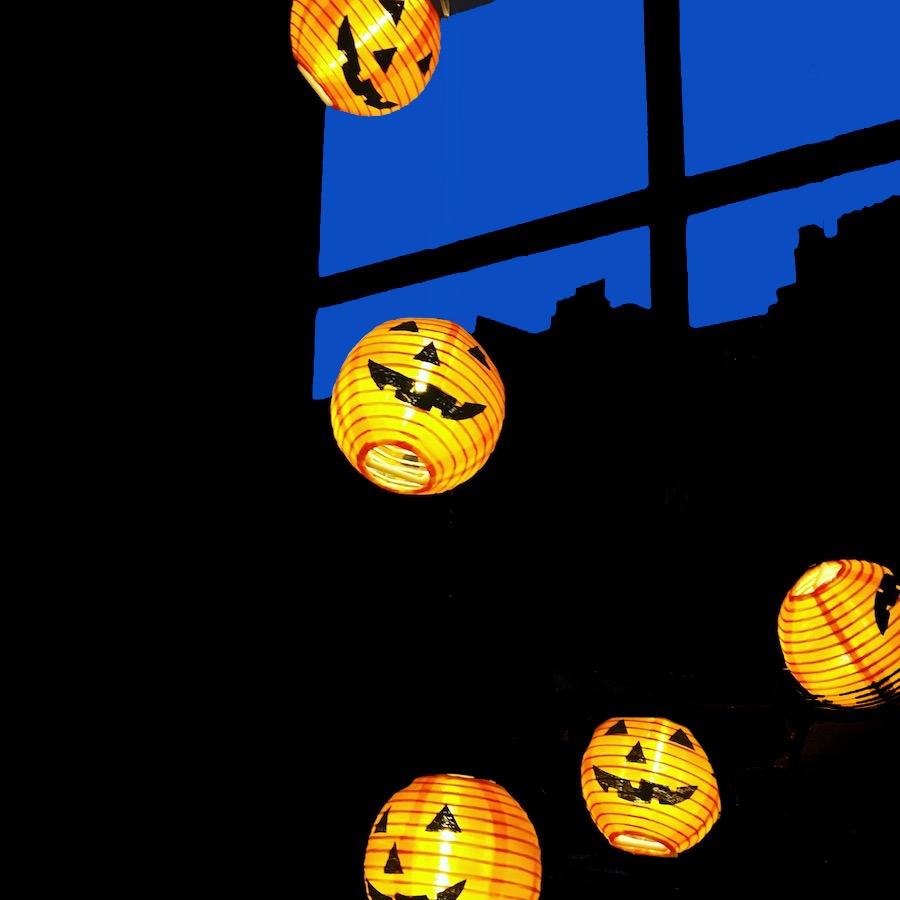 ‘I’m not going; it’s freezing, and it’s basically begging for stuff that makes your teeth fall out. Plus, no one does the trick anymore. We used to egg everyone’s door when I was younger, but you egg old Nell’s door or that rough lot on the corner, and you won’t need a costume to look gruesome.’

‘But we’re gonna get dressed up and wear masks. It’ll be fun.’

‘We’ve been wearing masks on and off for more than a year – it is NOT fun. I’m staying in where I don’t need one.’

‘Suit yourself, but they’ll come knocking.’

‘I’ll turn all the lights off, close the curtains and watch the telly in the dark, like I’m not home.’

‘Sounds lovely. Your costume’s by the door if you change your mind and decide to join us.’

And it was lovely, but there’s always one persistent fucker who won’t accept that you’re not home. He starts rummaging around in the garden. I turn the telly off. Bold as brass, he squints through the gap between the curtains and tampers with the back door. How desperate can a person be for sweets? I sneak over to the hallway, grab my costume and quickly put it on, complete with mask. Then I hear sounds that suggest he’s made it into the house, cheeky bleeder – this Halloween lark is getting out of control.

I make my way down the hall and realise he’s upstairs. Who searches for sweets in the bedrooms? He better not find my emergency Maltesers. I decide to wait.  Eeeek. He treads on the creaky step, then takes his time moving forward. I can’t work out how far down he is. I’m pissed off – I’ll never catch up on my film now. When he finally hits the bottom step, I plan to slug him one with my broom, but I don’t get the chance. He screams, lunges back and whacks his head with one of those sickening thumps on the corner of the bannisters.

No wonder he went down with such force. He’s got a lot of stuff on him: all my jewellery, Rob’s new PlayStation and games, our camera, plus similar from the neighbours, I assume.

I hope he’s not dead. Could I get into trouble? I could bury him in the garden and hide the evidence. This is almost better than my film. But nah, I’ll freeze my bits off out there, and I haven’t got a clue where the shovel is. He also looks like a heavy bugger.

I settle for the police, and they only go and give me a huge reward – after they recover from the shock of my killer costume. I’d forgotten I had it on. The bloke had robbed some posh villas in the nice bit of town, and the residents wanted him caught. He should’ve quit while he was ahead.

Rob comes home nursing a black eye: he chanced the house on the corner. I tell him what happened. I’d have shared the reward if he’d believed me, but now I’ll be treating myself to something nice. Halloween’s not so bad after all. 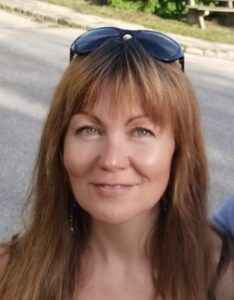