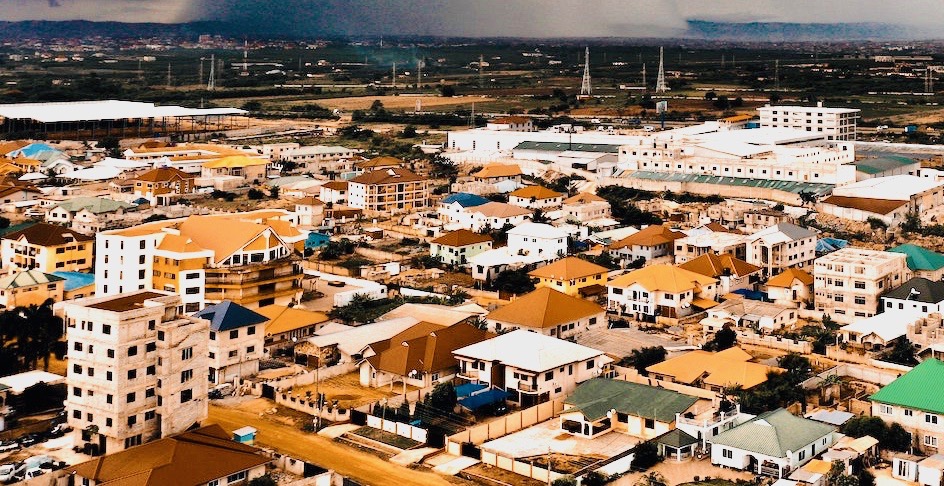 You hear the alarm. You press snooze with a well-practised flick of your wrist. You would have been up by now if you hadn’t pressed that button. On a good day, you’re up before the Imam calls the Muslim faithful to prayer. Or before the roosters begin their morning song. Today, you don’t have time to shower, so you wipe the essential bits with a damp towel and the soap you took from the office. You pick up a pack of mints and rush out of the bedroom. Your wig is in one hand and bag in the other. You sprint to the bus stop on Rawlings Street, praying that the bus is late. You see the bus rumbling away in a cloud of fumes.

If you had caught the bus, you wouldn’t have haggled the price of a motorcycle ride to the next bus top. And the motorcyclist wouldn’t have picked up an extra fare along the way. But haggling is second nature to everyone in downtown Accra.

The motorcyclist weaves in and out of potholes filled with yesterday’s rain. He dreams he’s competing for dirt bike trials. You have one hand on his stained blue shirt, the other holding your wig. Your bag nestles between you and him. You’re high from the motorcycle fumes and remains of whatever he smoked that morning.

The bike slows down just before the next bus stop. In your haste to catch the bus, you lose your footing and knock the motorcyclist’s ill-fitting helmet over his eyes. He panics and pulls the throttle. The motorcycle darts forward. You fall face first into the anvils that are his shoulders. He turns the bike to the right and you fall to the left, clutching your bag. A thousand balls bounce on and off you. The other passenger lands on top of you. He weighs a ton. You see black and wait for calm, but it doesn’t come. The smell of rotten fruit and sound of children’s mocking laughter revives you.

‘Madam are you ok?’ The motorcyclist holds out his hand.

‘Madam, you never pay me’, he says as you stir and change your mind about taking the hand covered in market debris.

The bus pulls out of the next stop. You’ve missed it again.

Kweku could always tell when the office types were late. They wanted him to weave his two-wheeler between the three and four wheelers. Go faster than allowed and avoid the stop lights. They pointed out shortcuts. They got him into trouble with the bribe-hungry police. They’d slink off when things got hot.

‘Follow that bus’, she said as she hitched up her dress to get on.

Sunlight soap. He was never wrong. He was busy calculating his well-deserved tip when the bike took on a life of its own, splattering piles of rotting fruit on commuters and tossing his passengers into the crowd.

The second passenger lay across her, blinking like a defective traffic light, his dark oversize shirt splayed out like a bat’s wings. Kweku picked up the first passenger’s wig and tapped the beer belly of the second, who groaned and rolled into a puddle of dirty water.

The police would confiscate his bike if he didn’t move fast. He’d have to pay for its return. He picked it up, hopped on, and melted into the sea of motorcyclists waiting for a rush hour fare, thinking, How much can one get for a blonde wig?

Aby Atilol is an IT product manager by day. Somehow, in her busy schedule, she finds time to write short stories. She recently completed an online short story course at City Lit. UK and is more interested in the short story form than ever before.  Image: Unsplash