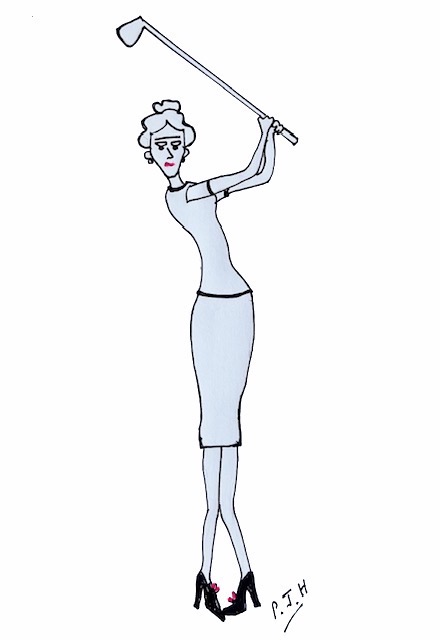 It’s all great sport at first, starting out in high school, everyone technically on par, though you’re aware of each other’s rankings, which might as well be posted alongside the bell schedule. You’re given a fresh copy of the rulebook, but you’d rather play it your own way. Casual dating or being exclusive, you are on the front nine, and there are no expectations. It’s the same for college. “Go out, have fun! Don’t take anything too seriously,” you’re told. A few college sweethearts settle down, but their commitments feel premature, like Brenda and Eddie in that Billy Joel song, ‘Scenes from an Italian Restaurant’. The year after graduation is considered a transitional time, and your relationship status is nothing to worry about. Why tie yourself down?

Somewhere along the line, though, the walls begin to creep in. Elegant envelopes enclosed with tiny response cards arrive, beckoning you to witness the big event. You shop for a dress to attend what turns into a long line of weddings. At the first reception, you smile for the table photo, manage to avoid the handsy drunks, and congratulate yourself on pulling it off without a plus-one. There isn’t a display board, but this is where the points start to accumulate, and you’re now saddled with a handicap.

As weekend dinner parties replace costume parties, and red SOLO cups are traded for wine glasses, more traps appear. The hostess determines that a table should be set for eight, not seven. Your presence will throw the place settings off, so you are paired with another single handicap. You consider texting your counterpart on the afternoon of the party, to see if she (he?) is still planning to attend. There’s no way you are showing up as a single figure. Your table partner turns out to be the host’s father, visiting from Sicily. You console yourself with pleasant conversation and a fine glass of Chianti.

Next round, the pink and blue baby shower invitations come in the mail, one after another. Not unlike elementary school, you are tasked a job. Luckily, yours is refreshing peoples’ drinks—hot tea in this case, unfortunately—instead of being ‘game leader’. The worst game is one where grown women attach diaper pins to their blouses whenever they say the word ‘baby’. The hazards here abound, and you duck out of the living room into the kitchen while talk of ovulation and ticking clocks continues. You’d been feeling good, enjoying your independence, comfortable with life decisions, but now you need to stop on the way home for ice cream, and then the clerk calls you “Ma’am”. You react badly, because in the back of your mind you know that you are in the rough, and the numbers are inching up.

You decide it’s time to know what you are up against, learn the lie. You find the official Handicapping Index Formula online, but the charts are confusing with complex calculations for your dating stats. A penalty stroke column on the women’s side adds a point for every year past 30, while on another, a dating app column, the points accrue at age 23. You look for the men’s column and, seeing none, you know the rules aren’t merely different, they don’t apply at all. You feel discouraged, though the website advises you to consider the number as your potential, as a ‘more realistic social positioning index’.

You think, “I’ll retire. I’ll just step out.” Really, though, there is no box to check in order to withdraw. It’s a competitive world out there, and judgments are flying.

You read the Committee remarks and find one bright spot: “Contrary to perception, a handicap is not fixed but regularly adjusted, increasing or decreasing, based on a variety of factors.” Maybe you can still move that number back down. You scroll further, and discover that wealth and fame are the only two paths for gaining that lift. Your advanced degree? Unfortunately, it’s not officially recognized. Ultimately, the best angle of approach is a walk down the aisle. It would bring you back into the game, though not back to par, since you’d hardly be the fresh-faced bride.

Instead, you close your tablet, grab your keys, and head to the restaurant you’ve always wanted to try. When the maître d’ asks, “Just one?” you skip the snarky response, and say, “Yes, table for one!” You may be on the back nine, but at least it’s your own course. 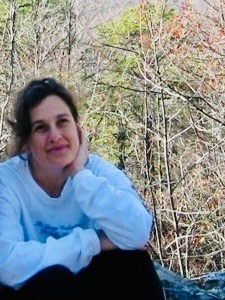 Mary Sophie Filicetti is a teacher of the visually impaired who once spent time writing stories in the myriad coffee shops around DC, and now writes at home. Her fiction appears in AEL press, Montana Mouthful, Every Day Fiction, Nightingale and Sparrow, The Magnolia Review, and The Phoenix.
Tweeting @marysfilicetti