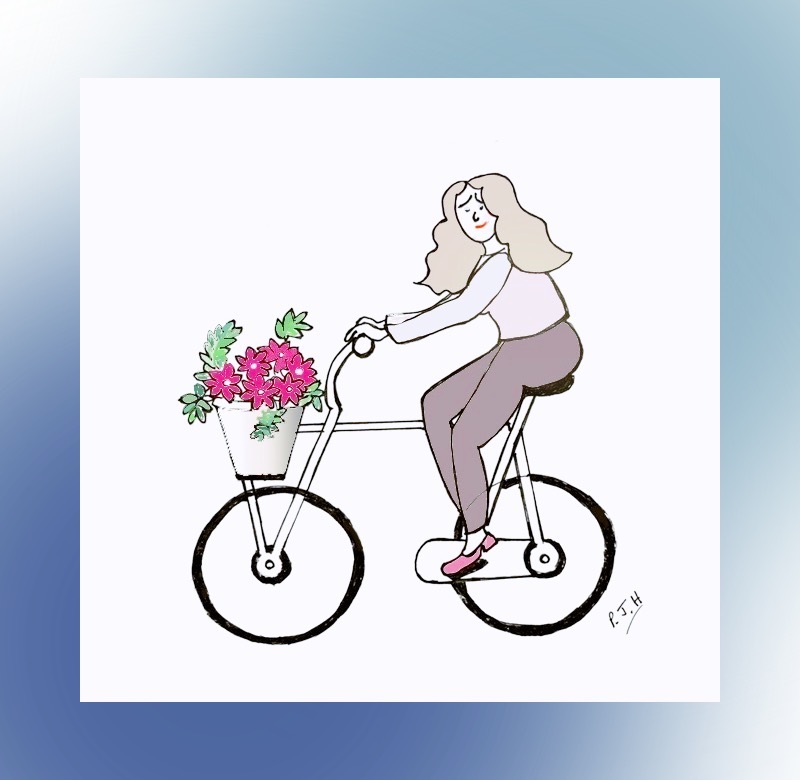 The Covid-19 pandemic sent shock waves through the community centre, but eventually we returned to what passes for normal around here. Sadly, I can’t say the same about my one-woman gardening enterprise. In 2020 I’d been self-employed for less than a year, so I didn’t qualify for a pay-out from the government. I was allowed to work out of doors, but when my old car broke down, I couldn’t afford to have it repaired. Weeks after restrictions ended I was still walking from job to job, pushing my tools around in a trolley ‘borrowed’ from the local supermarket. I’d almost given up on my dream of becoming a successful garden designer when a former local bigwig turned up and changed my life.

It all began when I designed a bee bower for Mrs. Camberhurst, a wealthy old woman I worked for regularly. I thought of her as Mrs. Canyoujust because, at the end of every session, she found one more job for me to do. This would have been okay if she’d paid me for the extra time, but she never did.

Mrs. Canyoujust lived in a pretty Victorian terrace house with a long and very boring front garden – a strip of gravel edged with sparsely stocked flowerbeds. I was thrilled when her grandchildren persuaded her to fill these flowerbeds with bee-friendly plants. I was less happy with the budget she gave me which was so tight it made my eyes pop. Nevertheless, I used the skills I’d learned on an online garden design course to draw up a detailed planting plan. I could hardly wait to post the ‘before’ and ‘after’ photos on my website.

Luckily, I was able to source enough healthy young perennials from the gardening aisle of the supermarket. This was a delicate operation. For a start, I had to keep out of the sight of management, because the trolley was my only form of transport and I couldn’t risk having it confiscated. Later I made three trips to deliver the baby lavenders, asters and lupins to Mrs. Canyoujust. The next day I spent two hours planting them out. They looked the bees’ knees, and I was confident the bees were going to love them. I was just about to take the ‘after’ pics when Mrs. Canyoujust appeared on the doorstep. She looked as cute as a kitten with her curly white hair and rosy cheeks, but she had the eyes of a frustrated raptor.

‘Those plants are too small,’ she said. ‘Can you just take them back and exchange them for the next size up?’

I felt like telling her where to put her plants, but I held my tongue. The customer is always right – until their money is in your back pocket.

‘Sorry, Mrs. Camberhurst, I can’t do that. I’d never get them back in their pots. But don’t worry, they’ll soon grow. Look, I’ve written their future dimensions here. In three years’ time you’ll be able to see them from space.’

She ignored the planting plan I was holding under her nose. ‘I can’t wait three years at my age. And I’ve no intention of going into space. Never mind, I have something to fill those gaps.’

She fetched a bulging plastic bag from indoors. In it were two dozen artificial flowers in a range of colours, all of them fluorescent. ‘I bought these pretty things from Myrtle. You know her, don’t you? Isn’t she just a lovely woman?’

I was speechless. ‘Lovely’ is not the word I’d use to describe my nemesis at the community centre. As for her merchandise, I had no words at all.

‘Can you just pop them in the gaps?’ she said.

She had gone too far. I had to protest. ‘Are you asking me to plant plastic flowers between real ones?’

After she had closed the door behind her, my first impulse was to walk away, but that was out of the question. For one thing, she owed me money. For another, I couldn’t afford to lose her custom because at least her underpayments were regular. So I seized a trowel and a kneeling pad and did what had to be done. I was shoving the last plastic monstrosity into the soil when I heard something plop onto the ground. An envelope was lying on the doorstep. In it was some cash and a note which read, ‘For two hours gardening and some plants what are too small’. Yet again, mean old Mrs. Canyoujust had cheated me. I’d spent two and a half hours working in her garden. Before that, it had taken me a whole day to draw up the plan and source the plants. To make things worse, I’d forgotten to take the ‘after’ photos before she made me ruin my creation.

When I stormed out of the gate, I was so mad I forgot to look both ways. Something smashed into the side of my trolley and it rolled onto its side, sending trowels, secateurs and gardening gloves flying. A rusty bicycle landed on top of the pile with its wheels spinning in the air, and I was horrified to see its rider sprawled on the pavement. Passers-by stopped to help. To my relief the cyclist was unhurt. The bike was checked over with loving care. My trolley was hauled upright and the tools replaced inside it. At last, the kind strangers moved on and the cyclist and I were left alone together. She was very tall and thin, with high cheekbones, a strong jaw and big dark eyes. Her face was unlined but her cropped hair was silver. I was astonished when she took out a clothes brush and began to dust down her faded jeans and jumper.

‘Are you sure you’re alright?’ I asked anxiously.

‘I’m okay, no thanks to you, lady. You want to look where you’re going.’

‘That’s very true, but then you shouldn’t have been riding your bike on the pavement. Let’s call it quits,’ I said. ‘I’m Lovage. Luv for short.’

‘Della Heron, model and supporting actress. You may remember me from the stair lift advertisement on afternoon television?’

‘Your voice is familiar. Was it a speaking part?’

‘I should be so lucky,’ she said, rummaging in her bike basket. ‘Hooray! Brunch is intact. Will you join me for a picnic in the park?’

The name ‘Heron’ rang a bell. I vaguely remembered a scandal which had been splashed all over the local paper, but the details escaped me. Anyway, I was more interested in the prospect of a picnic than in Della’s indiscretions. I’d eaten nothing all day and the word ‘brunch’ recalled a lifestyle I thought I’d lost forever. Pushing our rattling vehicles, we walked the few hundred yards to the park. We settled ourselves on a bench and Della handed me a box of sushi.

‘I warn you, this is past its sell-by date,’ she said.

‘Aren’t we all?’ We high-fived each other. That’s when I remembered where I’d heard her voice before. ‘You made a keynote speech to the menopause support group at the community centre, didn’t you? You’re the lady mayoress!’

‘Not any more, I’m afraid. My husband got himself in a little bit of trouble. He’s innocent of course.’

‘Of course he is,’ I said with my mouth full of sushi.

‘Has he passed away? I’m sorry for your loss.’

After sharing a moment of silent understanding, we dug into our brunch. I was so hungry I inhaled my share in seconds. ‘This is delicious. Thank you so much.’

I took another carton from the pile. More sushi. I shuffled the snack trays. Every one of them contained sushi, and they were all a couple of days out of date.

‘I caught our local eco warriors skip-diving behind the supermarket. Because I’m tall they asked me to help them. They kept the packets of sandwiches we liberated but they let me have these.’

‘Fortunately, I’m not one to look a gift fish in the gills,’ I said, helping myself to a salmon selection.

‘Luv, when we bumped into each other you were leaving a house. Is it yours?’

‘No, it belongs to a client. I’m a garden designer.’

While we enjoyed our picnic, I explained how I had found myself suddenly single in my forties and decided to turn my dream of having my own garden design business into reality. I may have bigged myself up a bit.

‘How exciting. May I ask you something?’

‘Why are you running your design consultancy out of a supermarket trolley?’

I didn’t want to admit to my new friend that I was too broke to put my car on the road, so I told her being carbon neutral was an important part of my ethos.

‘Well done you! I supported green enterprises when I was lady mayoress.’

That’s when I had a light-bulb moment. Della belonged to the upper echelons of local society, so I guessed she knew lots of people with huge gardens and plenty of cash to splash. I took the planting plan Mrs. Canyoujust had rejected from my trolley and spread it over the empty sushi cartons.

This is what I do. The plants are herbaceous perennials. Bees and insects love them.’

Della studied my plan closely while I waited for her to offer to introduce me to her wealthy friends. It seemed like ages before she spoke again. 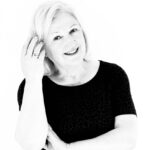 Loarn has self-published the first ten stories from ‘Up the Community Centre’ as a novella, ‘The Thank You Sweets’, available on Amazon. Her next adventure is her crime novel, ‘Accounting for Loss’. Loarn blogs about books and her self-publishing journey on her website, www.patersonloarn.co.uk She has Level 2 BSL skills, and her day job is supporting hearing-impaired university students. Loarn is also a conservation volunteer.

You can find all the previous episodes in this series on the Up the Community page.