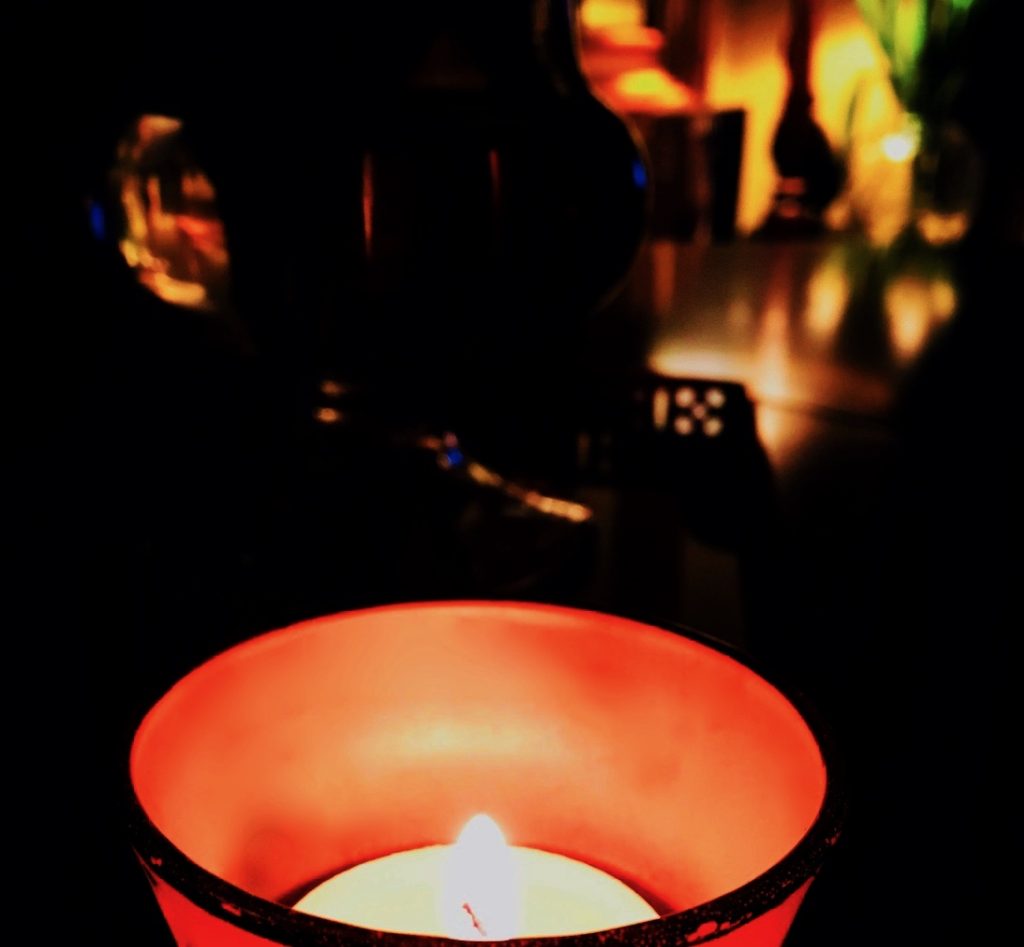 I’m sending you a ‘snail mail’ letter because, what with the internet and the phone lines being down for now, I thought you can’t go wrong with a good, old fashioned bit of post.

Just wanted to let you know, in case you missed my moment of fame on The One Show (national news!) that I am alive and well and making good use of the snood you sent me last year (thank you so much, what a beautiful gift). As I said in my little ‘vox pop’, calling it a ‘slip’ makes it sound like an accident, but those of us who are sensitive to such things can’t help but feel that there was something deliberate about it. After all, it happened on Christmas Eve – which was completely unnecessary. Mary over at the Post Office says it made her whole bed shake and she knew right then that something was wrong because that hasn’t happened since 1996 – even at Christmas.

Apparently, it was the largest land-slip ever recorded in mainland Britain but, thankfully, the bit that went was over at Gannigan’s farm and not in the village itself, so no need for alarm.

The whole thing is a terrible shame, not least for Ted Gannigan, of course, who lost his house and his entire dairy herd, not to mention his wife, asleep upstairs. Anyway, silver linings: it puts paid to that unfortunate business over his planning application. And it does somewhat put Torden Magna on the map (or rather, off it). Chandlerford Abbas hasn’t had a landslip in two hundred years, and even then it wasn’t anything like this.

Now the shock is over and Frank has finally stopped making jokes about the earth moving, we are all adapting rather well. There’s no power while the road is blocked, but what with our raised beds and Frank’s concerns over fuel prices last year, we have enough supplies to last us until doomsday or, possibly, the Britain in Bloom finals, whichever comes first. So for now, we are enjoying candle-lit evenings without the tourists (bliss!). We’re all much more relaxed now we can really support each other as a community. The plumbing’s not working so we’ve been doing our business in the garden – it’s actually rather lovely this time of year. And Frank’s taken down the sign on the drive that says ‘Don’t even THINK about parking here’, so it’s literally Blitz spirit!

The smell took some getting used to, but we hardly notice it these days. Apparently, it’s quite common for unusual aromas after a large landslide, though actual fog is a rarity. It gives the village a rather quaint appearance, especially with the cannons on the sea front firing again. Nobody knew they were even working. It’s played havoc with Sue’s mindfulness, but at least it got rid of the journalists. They had virtually taken over the Red Lion and one of them asked Brian if he served craft beer, which upset him, as you can imagine. Anyway, they disappeared rather suddenly and we can all breathe a sigh of relief, even if we’re coughing a bit. Brian says it’s just like the good old days with the pea soupers. He’s from Basildon, so he knows.

Of course, it’s not completely peaceful – nothing ever is when you have two rival fudge shops – and, as I’m sure you know, we’ve had the army in since New Year’s Day. (I’ll spare you the details, but long story short: noone is accusing Nancy at For Fudge Sake of using pre-mixed rum and raisin any more). And I say ‘army’, but armies is more accurate.  Both world wars, you know. It might be something to do with the way they marched out of the cliffs after the landslip – or maybe it’s the conditions at the front (remember the campsite toilets in St. Nazaire!) – but, either way, the soldiers are absolutely filthy. Covered in mud. Pam’s so busy, she’s having to hoover the cafe carpet twice a day but she doesn’t make a fuss, she just gets on with it. It’s Blitz spirit over at Fruit Cakes Tea Rooms!

And then there’s the others: ever since the slip, all kinds of military personnel keep wandering out of the sea or just popping out from bushes. We’ve had Cavaliers, Roundheads and Red Coats turning up – you name it. I may have the body of a weak and feeble woman, Maggie, but I’ve become quite the expert on handling swordsmen, let me tell you!

They arrived in the wrong order, you know. Frank noticed that – what a stickler for detail he is since he did the British Heritage Reenactment day. (He’s still wearing his armour btw.  Won’t take it off!  Actually he can’t take it off, but he finds it’s terribly supportive for his lower back and, any time he sees Sue coming, he can just pop his visor down, so very much a win-win.)

Anyway, Alison’s got sixteen of ‘our boys’ in her B&B and, as long as you’re firm, they’re no trouble – terribly short – and, what with them only washing once a month and not needing to bother about the continental breakfast, she’s making a killing. Obviously, the murder rate has gone up, but that’s only to be expected when you have a town full of Napoleonic soldiers and a fully equipped crazy golf course. We don’t have to worry about graffiti down at the bus shelter; plus everyone has polio and firm views on the Irish, so it’s just like the good old days.

Not everybody has really ‘got the memo’, as they say, which is a pity – the vicar says religious tolerance and the free movement of people has been part of the fabric of British society for three thousand years. But then he would as he’s from Chandlerford Abbas. I do concede that parts of the town look a little macabre now that public executions have made a come-back, but it’s part of our heritage, like littering or playing the lute, and, anyway, I’ve got a feeling it’s really going to add something to the Scarecrow Trail. Pete at the butcher’s is describing this year’s entry as his ‘piece de resistance’, so I do hope we’re not going to have anything too cosmopolitan.

Obviously, the bombing has been a trial, what with the spitfires that keep miraculously churning their way out of the sand at low tide. Very tricky for dog walking, but absolutely marvellous watching them fighting the Nazis over the cliff-tops on bright afternoons. Blitz spirit! I’ve started taking a flask of tea and a coffee and walnut loaf, making it a bit of an outing. So far we’ve lost six houses and the visitor centre/art gallery, but we’re not giving up – Sally’s been keeping everyone feeling jolly with a half-price sale on inspirational cards. I bought as many as I could, until the gift shop was entirely destroyed by a direct hit.

Still, as I reminded Sally, life’s not about waiting for the storm to pass, it’s about learning to dance in the rain. Also, if you are ever in need of a reminder that it’s ‘Gin o’Clock’, I’m your woman.

In other news, Graham, who owns the garden centre, is planning to adapt his Morgan and float it over the channel to fight the French and the Germans. And good luck to him. He’s always been an underdog – I’m sure you recall that business with the traffic warden. You know Graham –  he likes to call a spade a spade, although I must say that it’s a bit rich coming from someone who refers to his own spade as ‘The Shoveller 3000’. Anyway, these days you can just about make him out practising by the beach huts, wrapped in a National Trust promotional banner and waving a cutlass. He’s not a racist, Maggie, he’s a local businessman with legitimate concerns about immigration.

Right, must dash, it’s my day in the charity shop and there’s a garrison of Roman centurions in there who keep taking more than five items into the changing rooms.  Sometimes you just have to wield the sword of truth and the trusty shield of British fair play, Maggie!

On that note, I hope all is well with you and Mark after that unfortunate news from HMRC. I’m sure Mark has an excellent solicitor and, as my enclosed card points out, you can’t change the direction of the wind, but you can adjust your sails. We do hope to see you ‘sailing in’ soon here in Torden Magna – you don’t have to be mad to stay here, but it helps! I’ve attached this letter to the leg of a seagull and have given it strict instructions to avoid the A30 at rush hour, so I’m sure it will be with you shortly.

All my best to you and the boys, 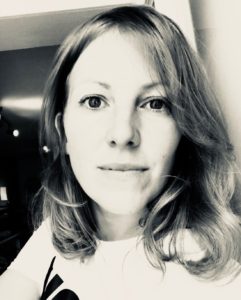 Emma lives in Stroud, Gloucestershire and writes short stories and flash fiction.  She also blogs as Crappy Living. Her work can be found in places such as Ellipsis Zine, The Occulum, Writers’ HQ, The F Word and McSweeney’s. Last year she won the Gloucestershire Writers Network Prose Prize and she was recently shortlisted for the Bath Flash Fiction Award. She spends far too much time on Twitter @crappyliving